The future of McBarge is revealed (and you can be involved)

In December 2015 the Friendship 500, better known as the McBarge, a onetime floating McDonald’s location used during Expo 86, was towed off bearing a banner reading “History in the Making.
Oct 12, 2017 11:32 AM By: Lindsay William-Ross 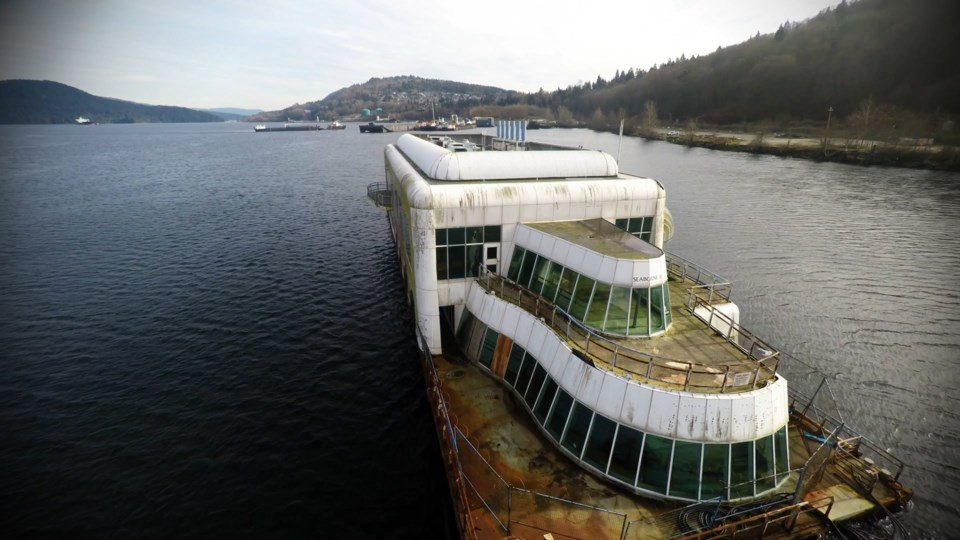 In December 2015 the Friendship 500, better known as the McBarge, a onetime floating McDonald’s location used during Expo 86, was towed off bearing a banner reading “History in the Making.” Two years later, the McBarge’s story is still in its drafting stages; but there are updates.

For the first time in decades, the public can legally board the McBarge during an Oct. 21 event that the vessel’s owners are holding to share their vision for its future. The event will open up a crowdfunding opportunity that will let this unique floating structure’s fans have a piece of its new life.

Buyer Meakin was vague in 2015 about what was next for the 57-foot concrete and steel McBarge that had sat neglected in Burrard Inlet for nearly 30 years. Now, two years later, he and his “New McBarge” team are finally getting specific.

From the archives: here's the #McBarge serving some happy customers! Check out those #expo86 branded cups! pic.twitter.com/hcloRlMSMa

The plan is to turn the Friendship 500 into The Deep Discovery Centre, a “major BC attraction showcasing the history, technology, stories and experiences offered in the Pacific,” with an aim to discuss issues of preservation and environmentalism.

On board with the project is Phil Nuytten of Nuytco Research, who counts among his dreams to create “an underwater colony beneath Burrard Inlet.”

Where does the McBarge come in? Well, two years after its tow-away it’s still not much more than hosed down, but the idea is to have the Friendship 500 declared “a historic floating vessel.” Doing so will unlock “access to grants, sponsorships and funding sources to complete the restoration,” according to the New McBarge crew.

Included in the restoration plan is to install a roof deck for major donors with special tributes and exhibits.

Some photos of the #McBarge as it is today! pic.twitter.com/HKpsiDUw1i

To that end, the “Bring Back the McBarge” crowdfunding campaign will launch soon, with lots of tempting “rewards” for contributors, including anything from McBarge “mementos,” to tours, meet and greets, submarine rides, artwork, and more.

Die hard McBarge fans have been long fascinated with the ship’s precarious tenure as a draw for trespassers, amateur filmmakers, graffiti artists, and ghost hunters, and how it evolved from a World’s Fair fast food joint to a cult status curiosity. Now those fans can not only get on board (legally!) for a tour, but also throw some money down towards its future.