The recent media salivation over a video taken this weekend of a young Vancouver girl getting pulled off a Steveston wharf and into the water by a sea lion got the nimble minds at K&K thinking.
May 25, 2017 9:30 AM By: Kudos And Kvetches 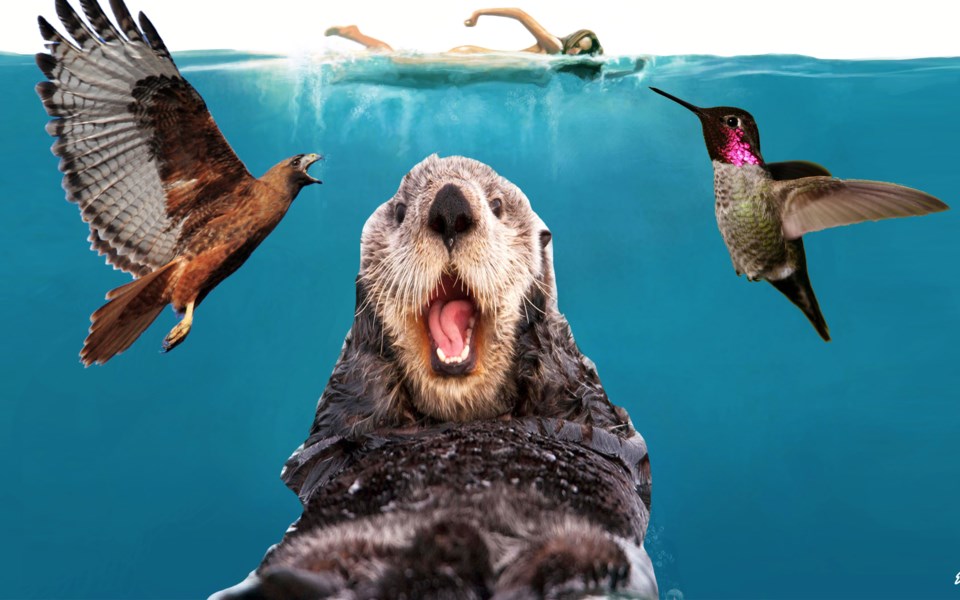 The recent media salivation over a video taken this weekend of a young Vancouver girl getting pulled off a Steveston wharf and into the water by a sea lion got the nimble minds at K&K thinking. What kind of animal attack would we be willing to endure if it meant gaga web traffic, Internet fame and possible groupies? Here’s a list.

Trampled by a mid-sized deer

It would sure put a dent in our day, or even one of our lungs, but we think our husky frame could probably withstand the impact of dashing deer. Plus it would look pretty cool.

Too soon? But seriously, don’t you think it’s only a matter time before Vancouver’s beloved official bird starts to reveal its true colours, recklessly fluttering about the city with no regard for people or their post-work Spotify listening habits.

Don’t get us wrong. K&K has long expressed our deep and abiding love for the majestic badger. (Incidentally, in Nanaimo a “majestic badger” is the name of a certain intimate act that we are prevented from describing due to our computer system’s obscenity filters.) But badgers can be pretty nasty. Which is why our kisser and pleasure pelvis is off limits to badgers, and most wild life for that matter — a lesson we learned the hard way.

Jelly fish bite, if someone with a full bladder was close by to urinate on said bite to prevent swelling

If reality TV has taught us one thing it’s that the discomfort, swelling and possible paralysis caused by a jelly fish bite can be remedied with human urine.

An intense nuzzling by a baby sea otter

We bet John Nightingale would lift our lifetime ban from the aquarium if he witnessed the viral video cuteness of us covered in sardine juice, jumping into the baby sea otter pool and letting nature take its course.

If there is a more freakish and noble way to die while garnering 20 million-plus views on YouTube, we have yet to see it. Think about it. An effin’ red tailed hawk. Reaching into our bone cage and feasting on our soul. Pure poetry.