When people ask me what it’s like being overlooked again and again for Vancouver’s City Bird Contest, which crowns one lucky winged d-bag with official city bird status for a year, I usually just shrug and continue to dine on a freshly killed vole or
May 18, 2017 11:36 AM By: Kudos And Kvetches 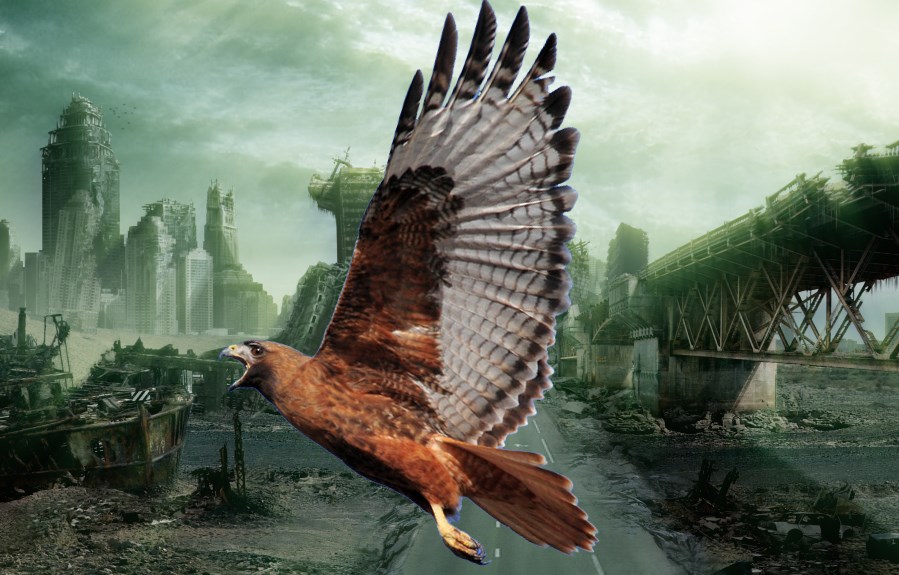 When people ask me what it’s like being overlooked again and again for Vancouver’s City Bird Contest, which crowns one lucky winged d-bag with official city bird status for a year, I usually just shrug and continue to dine on a freshly killed vole or rabbit.

After all, these kinds of popularity contests are meaningless in the grand scheme of things.

I’m a bird of prey. I soar in wide circles over fields filled with my next scurrying meal. When I flap, my wingbeats are heavy, like the death knell that propels us all towards our inevitable demise. I attack in slow, controlled dives, with legs outstretched, unlike a falcon’s stoop. Because falcons are pussies.

But back to Vancouver’s City Bird Contest.

But when I caught wind that the city was holding a contest to name Vancouver’s PERMANENT official bird, well it caught this tired little hawk’s attention.

Sure, the nominees are all right in a sort of predictable, appeal-to-the-masses kind of way. I’ve hung with a Northern Flicker or two. Partied with a Varied Thrush back in the day. Almost made out with a Spotted Towhee. And played Settlers of Catan with a group of nerdy Anna’s Hummingbirds. Is there any other kind?

But they all lack substance. Sure they’re showy and colourful, but there’s not much going on upstairs. They’re prima donnas. Always complaining about the service, always chirping about real estate and gluten. Do they even know what it’s like in the real world? When’s the last time they’ve eaten something they killed themselves besides a grub or worm?

Do you know why humans don’t hang “Red Tailed Hawk feeders” in front of their kitchen windows like they do for hummingbirds? Because we feed ourselves. Like nature intended. And we’d probably destroy the feeder with our strong talons, anyway.

So while I’ll admit I probably wouldn’t make the best bird ambassador for the City of Vancouver — what with my raspy scream, insatiable taste for flesh and lack of fancy-schmancy colouring — it would be nice to have been nominated.

But I get it. I’m easy to ignore, silently soaring above open fields. I don’t play well with others. Small talk over appetizers and flutes of prosecco isn’t my thing. When I fly, I fly hard. I eat tree squirrels.

But just remember when the city announces its official bird for all of eternity this afternoon, or until that big earthquake happens and the city is just a pile of broken glass and craft breweries, there’s one bird who was never given a chance, never even invited to the dance. And that bird is the Red Tailed Hawk. And when the big one hits, it’s going to be me perched atop the food chain, dining from a buffet of destruction and human misery. Not the Varied Thrush or Spotted Towhee. They’ll be dead because I will have eaten them. That is all.