A prescription for improving life in the Downtown Eastside 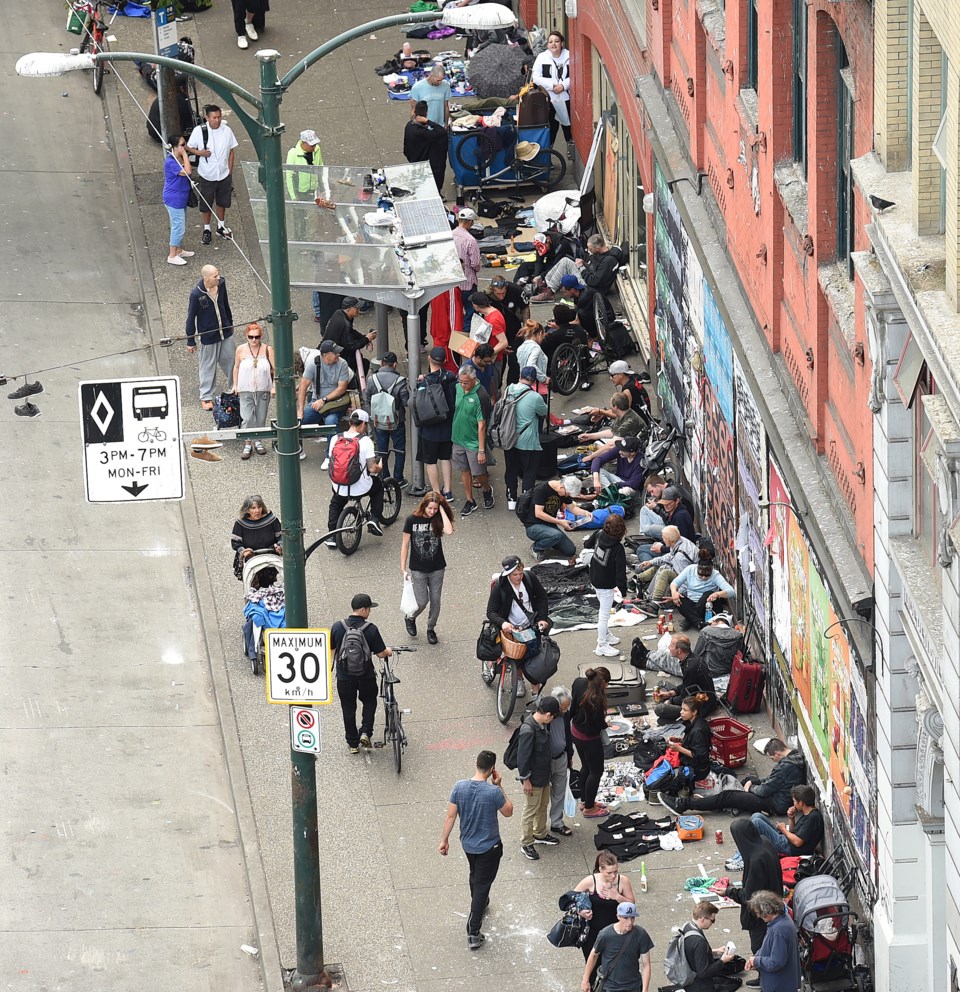 The Downtown Eastside has long been a neighbourhood with problems associated to poverty. Photo Dan Toulgoet

As long as I’ve been in this job, I’ve heard countless strategies, ideas, recommendations and plans from well-meaning folks to better conditions for people living in Vancouver’s Downtown Eastside.

But instead of me going back through my files to give you a comprehensive list of remedies to address homelessness, drug addiction, mental illness and the public disorder in the Downtown Eastside, I’m going to devote this space to someone who knows something about the neighbourhood.

Michael Clague is the former director of the Carnegie Community Centre. He was also the co-chairperson of the Downtown Eastside Local Area Planning Committee. Plus, he’s a thoughtful guy and many people respect him.

He contacted me recently after reading a story I wrote about the homeless people living in Oppenheimer Park. Attached with his email was his prescription — as collected over the years via studies, reports and field experience from people and organizations within and outside the community — for the Downtown Eastside.

As I mentioned off the top, Clague acknowledged the ingredients for changing conditions for the better in the Downtown Eastside are well-known and proven. To be sustained, he said, they do require systemic change in policies and practices.

In other words, political will.

“And they do require new and re-allocated resources,” he said. “The issues are distinct and are fundamentally related. They have to be approached holistically i.e. officials and organizations need to transcend their established boundaries and mandates.”

Here is what Clague sent me:

This may be old news to many, but possibly news to others.