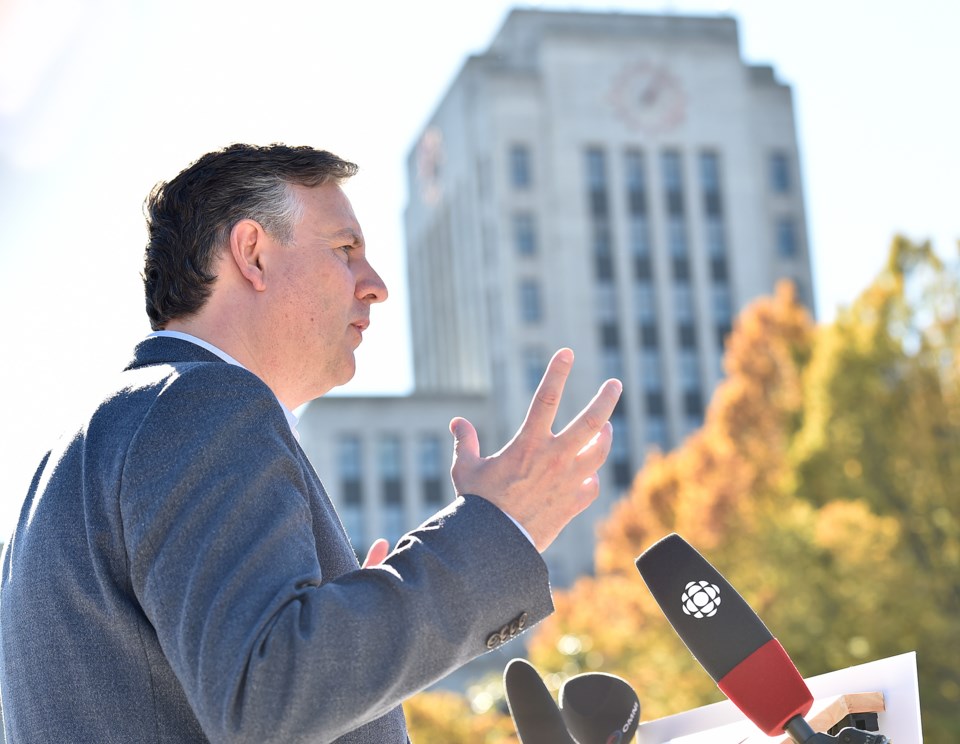 One of the first major tasks of mayor-elect Kennedy Stewart and his new council will be to balance the city’s budget, which goes before council for a final vote Dec. 11. Photo Dan Toulgoet

Now that the election is over, it’s time for the new gang at city hall to get to work.

They, of course, have to be inaugurated first.

That will occur next Monday, Nov. 5 at Creekside community centre.

Then reality hits in a big way—one of the first major files mayor-elect Kennedy Stewart and his 10-member council will have to deal with is balancing the city’s $1.4-billion operating budget, which city staff is preparing in a proposed form for a final vote in December.

It was $1.4 billion to cover last year, and expected to be higher for next year.

So how will this new group respond?

Well, if the NPA’s positions of the past of arguing that property taxes could be lower if more were cut from proposed budgets, then expect that argument to continue with the four new NPA councillors and incumbent Melissa De Genova.

For years, the NPA has targeted the city’s communications department and the mayor’s ever-increasing discretionary fund as areas to cut. The NPA also criticized the ruling Vision Vancouver mayor and councillors for approving the so-called fentanyl tax in 2016.

In last year’s vote, the NPA went after Vision for bringing in a last-minute additional .34 per cent tax bump to pay for a variety of measures, including $975,000 for a “tactical response team” to review regulations and create new policy and zoning changes to increase housing options in low-density neighbourhoods.

We’re also likely to hear the NPA say the city didn’t conduct enough consultation on the budget and should hold off on approving it—to which city staff will respond by outlining the various forums, studies and online feedback done on the budget.

Maybe the NPA will also request the city take its foot off the gas on the amount of money spent on housing, which the NPA has argued is a primary responsibility of the provincial government. In 2017, the city spent $80.1 million in capital and $4.5 million in operating costs “to support housing needs and affordability.”

Whatever happens, the five-member NPA has a lot of pull and negotiating power on this new council, needing to only convince one other person in the chamber to vote with them to push motions and policy through with a majority vote.

What Stewart and the others will do is difficult to predict, although you can probably bet that COPE-elect Coun. Jean Swanson will say something about her wish for a “mansion tax” to pay for an affordable housing fund.

What isn’t difficult to predict is a tax increase. It’s inevitable.

City staff hasn’t finalized a number, but my reading of the city’s 2019-2023 budget outlook document suggests it will be more than 3.9 per cent. It was 4.24 per cent last year, and 3.9 per cent the previous year.

The city’s rationale for such a tax bump this year is explained in the city’s five-year budget outlook, which identifies a significant gap between expenditure growth and revenue growth, creating a $12 million to $30 million gap.

Some of those drivers of costs include salary and benefit increases for police officers and firefighters.

This year, public safety wage increases climbed 2.5 per cent, a rate higher than inflation. At the end of this year, the arbitrated settlement between the Vancouver Police Union and the Vancouver Police Board will expire, “adding uncertainty and additional cost pressures for future years.”

Additionally, the provincial government’s changes to Medical Services Plan premiums and the introduction of the new Employer Health Tax represents about a 1.7 per cent increase in property tax. So yep, costs are rising faster than inflation.

The new mayor and his council are expected to finalize the budget by Dec. 11.