Break out the harissa, Merriam-Webster is down with ‘dumpster fire’ and 850 other new entries

Those lexicon lovers over at Merriam-Webster added 850 new words and definitions to its online dictionary this week.
Mar 7, 2018 2:01 PM By: Kudos And Kvetches 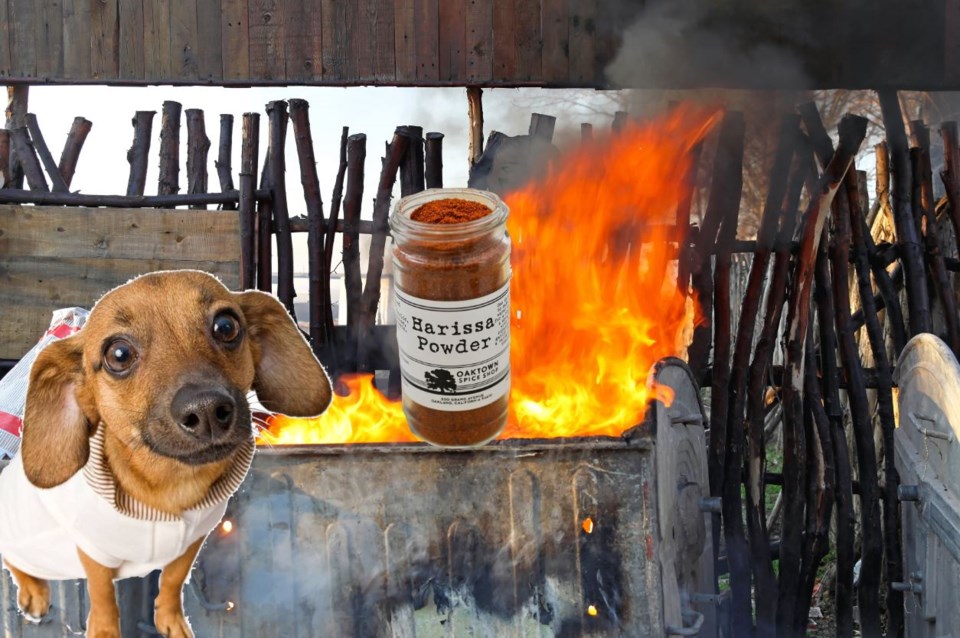 Those lexicon lovers over at Merriam-Webster added 850 new words and definitions to its online dictionary this week.

Among them: dumpster fire (a disastrous event), chiweenie (a cross between a Chihuahua and a dachshund) and harissa (a spicy North African chili paste). Incidentally, in Vancouver, your Chiweenie accidentally getting into a package of harissa and causing a dumpster fire all over your apartment is considered a “Mount Pleasant bingo” — which, sadly, was not among the new dictionary entries.

You may recall earlier this year B.C. Attorney General David Eby described ICBC as “a financial dumpster fire.” But as much as we’d like to imagine Eby on the cutting edge of the English language like a hip hop obsessed stork, the term dumpster fire has been around for years. According to Know Your Meme, it was popularized by American sportscaster Colin Cowherd, but it’s earliest known use as a pejorative metaphor was used in a 2003 critique of the 1974 horror film The Texas Chainsaw Massacre published in the Arizona Republic: “This bloody, exploitative mess is the cinematic equivalent of a dumpster fire, stinky but insignificant.”

It should also be noted that K&K’s annual submissions for possible inclusion in Merriam-Webster’s online dictionary have, once again, been ignored — namely, penile hydra, free-range crotch chickens and bwamff (the sound a Hostess Twinkie makes when you hold it against your ear and crush it with your bare hands while high).