Any aspiring city councillor in Vancouver must understand there are three key stakeholder groups that fundamentally represent the power within the city. They are the real estate developers, the public sector unions and city staff.
Jul 3, 2018 4:47 PM By: Mike Klassen 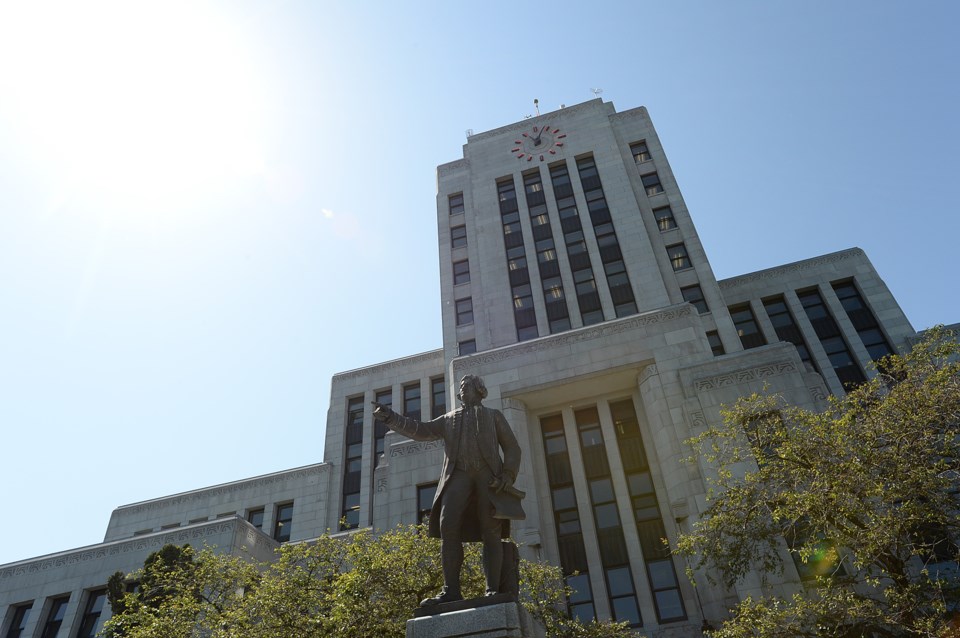 Any aspiring city councillor in Vancouver must understand there are three key stakeholder groups that fundamentally represent the power within the city. They are the real estate developers, the public sector unions and city staff. I refer to it as Vancouver’s power axis.

The success of any administration will depend upon its ability to manage relationships with all three.

City staff, some of whom are being driven to exhaustion preparing thousand-page council packages in the final months of the Vision regime, are bracing themselves for the political upheaval that is almost certainly coming after the election in October.

With so many incumbents not running again, what can we expect from the next council? Will the Vancouver District Labour Council’s backroom negotiating help get its pro-union slate elected? Will Tides Canada proxies be pulling the levers at city hall? Will the NPA regain power after a decade in the political wilderness? Or will it be “none of the above”?

For staff, it means planning ahead for any of these scenarios post-election. It can be a heartburn-inducing time for the civil service, determining where the political winds will blow this fall.

Former mayor Philip Owen once waxed to me — a full decade out of office — about how to get things done at city hall.

“You have to follow the process,” he said. “For public policy to succeed. you need to get buy-in from staff, citizens and your business community. There are no shortcuts.”

If you are too impatient to get that “buy-in” from the civil service, you can start firing them as Vision Vancouver did in its purge of the senior management team after taking office. Vision’s shift away from a non-partisan public service to one more aligned with the political aims of the mayor and council has had long-term ramifications for staff morale.

After ousting Judy Rogers mere days after his swearing in, Gregor Robertson filled the city manager position with Penny Ballem, who previously answered to then Premier Gordon Campbell as deputy minister of health. With Ballem in charge, a long string of the city’s senior managers — including some of its most promising emerging leaders such as deputy city manager Jody Andrews — were either sent packing or left of their own accord.

Johnston would come to be seen as Robertson’s enabler in the public service. Like the mayor, he is an ardent environmentalist and actively involved in issues such as the opposition to more frequent oil tanker shipments in Burrard Inlet and raising awareness on sea level rise. He even has a noteworthy personal connection to Robertson — Johnston married his wife Manda on Cortes Island at the Hollyhock retreat before taking his post at the city.

Robertson is a Cortes Island property owner, as well as a former board director at Hollyhock.

Johnston would eventually succeed Ballem, who was also ultimately fired by Robertson. By all accounts, Johnston is well-liked by rank and file members of the public service, as well as by council. Where Ballem was a disruptive force, Johnston has brought relative stability to the hall.

One can only guess at how Johnston, as well as other general managers within the bureaucracy, will adapt to shifting priorities under the next council. However, future administrations would be wise to forgo sacking senior managers as Vision did, and thereby signal their support for keeping party politics separate from municipal administration.

Thanks to demographics and a myriad of global forces, what the public expects from local governments is being shaken up.

The City of Vancouver’s future success will therefore hinge upon having a highly functioning civil service.

Staff have plenty to do responding to the city’s aging population, transportation gridlock and the ballooning price of housing and energy. They should also be tasked with exploring innovations, such as using smartphone apps to optimize permitting backlogs that are frustrating citizens and driving up costs.

Let’s hope the next council firmly grasps the need to support city staff.