Brian Jackson became a pariah among his peers. No head of city planning in Vancouver has been more shunned or more criticized by the city’s fraternity of architects and planners in recent memory.
Jul 29, 2015 10:44 AM By: Allen Garr 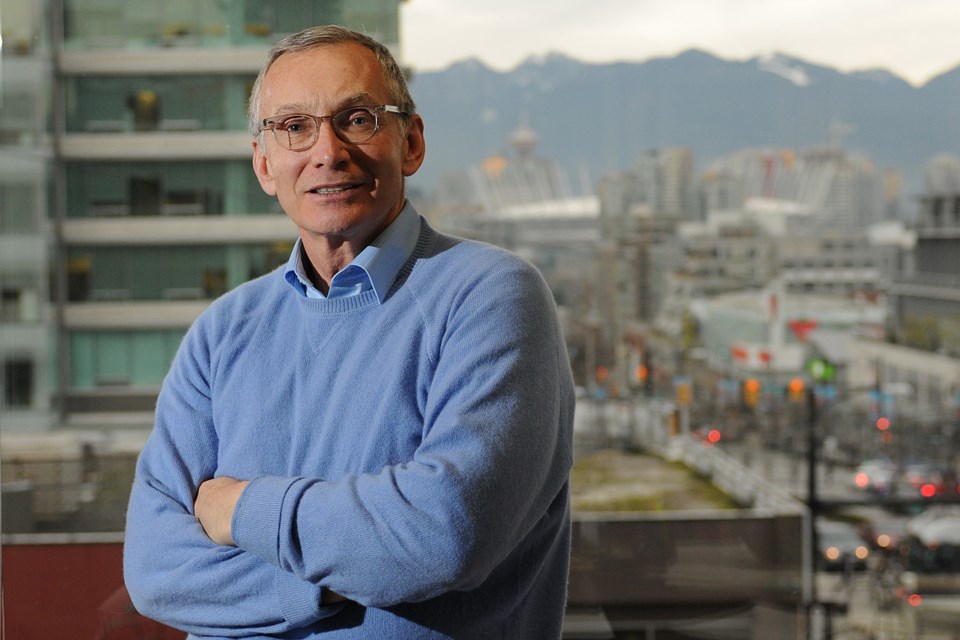 According to columnist Allen Garr, if the city's outgoing head planner Brian Jackson hit a low point in his brief period on the job, it came around the community plan for Grandview-Woodland.Dan Toulgoet

Brian Jackson became a pariah among his peers. No head of city planning in Vancouver has been more shunned or more criticized by the city’s fraternity of architects and planners in recent memory.

That criticism exploded onto the public scene most noticeably last spring. Witness the April 13, 2015 open letter to Mayor and Council from a group of current and former senior planners and architects decrying development “approvals which ignore long held planning values.”

The letter specifically targeted Jackson’s role in the approval of an “out of scale” 36-storey condo tower on the edge of Emery Barnes Park at 508 Helmcken. Former manager of policy and planning for the GVRD Ken Cameron said many considered it a “freeway moment,” referring to the much protested city plan to put a  freeway through downtown.

(My Courier colleague, architect and developer Michael Geller signed that letter and wrote about it and the issues raised on these pages.)

But that was just one of a number of projects they found fault with. And there was also concern when Jackson centralized power in his department by shutting down the Urban Design Studio.

One observer called the move “fatal.” The studio was created by former head of planning Larry Beasley and acted as an incubator for innovative projects including Southeast False Creek, Woodward’s and East Fraser Lands.

Jackson announced through a press release last Sunday that he was stepping down — next December — after three years. It is the shortest tenure any city director of planning has ever had.

He told a Globe and Mail reporter he was quitting because “there were a variety of factors, but having a group of former planners criticizing council, criticizing the planning department, criticizing myself, was not particularly helpful.”

He would later refer to this relentless criticism of his work as “a distraction.”  But clearly there was more, which I will get to in a moment.

If Jackson hit a low point in his brief period on the job, it came around the community plan for Grandview-Woodland. Recall the public rebellion when the plan was presented with a series of towers at Broadway and Commercial, which those involved in the so-called public consultation process knew nothing about.

At the time Jackson blamed his “staff” for betraying the public’s wishes, essentially throwing the local area planner for that neighborhood, Andrew Pask, under the proverbial bus.

It wasn’t until another planner, Scot Hein, former head of the Urban Design Studio, quit in disgust and posted the details of those towers and the community plan that we learned the truth. “We were told by senior management [which I would take to mean city manager Penny Ballem] to prepare a maximum tower scheme which we produced under protest.”

Jackson was hired while he was the relatively obscure number two guy in Richmond’s planning department and backfilling for his boss who was on another assignment.

Clearly Vision did not want another independent-minded rock star typified by Spaxman and Beasley. As one longtime senior city staffer who has since moved on put it, “They want a yes man.”

That would be Jackson.

Design criteria and long-held planning values that put this city on the global map would be sacrificed so the city could generate revenue and opportunities to create what they call “affordable housing.” Form followed finance. As Spaxman told me, “I don’t think they have any idea about what planning means.”

They weren’t looking for even the slightest bit of pushback, which had been typical of the creative process involved with planning and design at the city.

In the Jackson news release announcing his retirement, there’s the claim that he led “the most ambitious planning agenda the city has ever experienced.” That is at the very least hyperbolic, designed more to burnish Vision Vancouver’s image than reflect history.

In spite of the fact that Ballem is a strong public defender of Jackson and his work, his relationship with her has been described as “tenuous.” I understand he is cutting his career short and leaving because he just couldn’t take any more of Ballem and her Vision-approved, heavy-handed style of administration. He wouldn’t be the first.

And I would advise that, before the city hires another director of planning, Ballem should first agree to vacate the position.