Unclear if environmental policies will play a role in determining next government
Sep 24, 2019 9:26 AM By: Mike Klassen 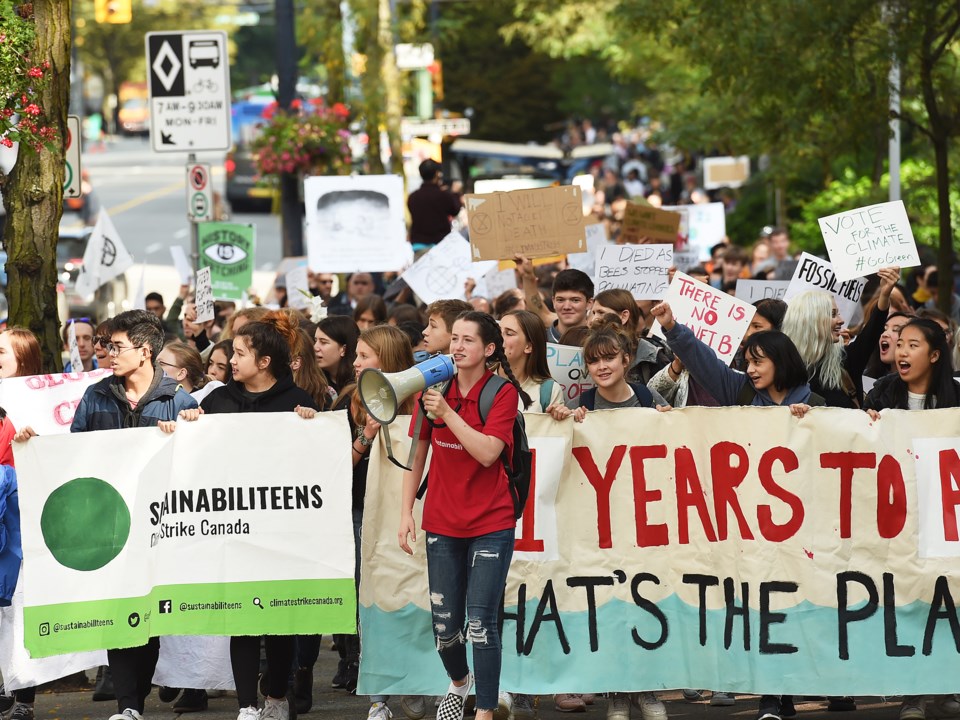 Care to guess what the so-called “ballot question” will be for voters in the 2019 federal election? Surprisingly, it might not be the economy or healthcare — issues voters traditionally care about most.

Even the topic of immigration, fanned by the leader of the upstart Peoples Party of Canada Maxime Bernier, is barely registering.

You might surmise it was about racism after last week’s revelations about Prime Minister Justin Trudeau. All of a sudden, the world was obsessed with his very unfortunate “brownface” episode.

Practically lost in the news cycle was a survey of residents and business leaders sponsored by the Greater Vancouver Board of Trade. The poll conducted by the Evi Mustel Group indicated almost half (49 per cent) of voters in Metro Vancouver listed environmental concerns as their top issue.

In second place came the economy (27 per cent) and affordability (21 per cent).

What Mustel’s poll told us largely aligns with other surveys, and according to political insiders I have spoken to, what parties are hearing on many doorsteps across the country.

Climate change is very much on our collective mind.

Yet, with all that focus on public anxiety about the environment, it is hard to predict whether it will have a significant impact on the seat count in the House of Commons. You might think Liberal-held ridings are hanging in the balance because the government bought the Trans Mountain Pipeline, but polls show the party in a veritable horse race with Andrew Scheer’s Conservatives.

Students at home and abroad have been staging “climate strikes,” and occupying public places with dramatic “die-ins” where young people lay lifeless on the ground. One took place last Friday in Downtown Vancouver with more climate strikes planned for Sept. 27.

The day-long School Strike for Climate is even being supported by the B.C. Teachers Federation, who have circulated a set of recommendations to educators on how to support students in their climate protest.

While many young people are acting out on climate change, the majority of voters are reticent to follow their example. The answer for this may lie in a purported “iron law” around climate policy.

The iron law — a term coined by Roger Pielke, Jr., an environmental studies professor and Forbes magazine columnist — dictates that while people are often willing to pay some price for achieving environmental objectives, that willingness has its limits.

In B.C., we see this phenomenon when the public blasts fuel taxes or pricey run-of-river energy projects, regardless of their environmental benefits.

Pielke — who believes climate change is happening as a result of human emissions of greenhouse gases, and that we must respond to the threat posed by it — has nevertheless been highly critical of climate science’s lack of progress on decarbonization and activists’ “apocalyptic messaging.”

By speaking out, he has earned the wrath of many environmentalists. Pielke even has his own dossier prepared by the DeSmog blog.

In a recent column, he points out the “yawning gap” between climate rhetoric and action. If decarbonization is the goal, Pielke writes, a 2019 study by PwC clearly indicates we are nowhere near achieving the GHG reductions needed to keep the planet cool.

“PwC tells us that we need to average a greater than 11 per cent rate of decarbonization for the remainder of this century to achieve deep decarbonization. No one knows how to do this.

“We are currently at a 1.6 per cent annual rate of decarbonization. If we are to ever get close to 11-per-cent-plus we will have to learn how to achieve two per cent, three per cent, four per cent, and so on. It is far more important to figure out how to start meeting the decarbonization challenge, than it is to know how it will end.”

Let’s learn to walk before we run, in other words.

The “exhortation to act in the absence of practical actions,” argues Pielke, is impeding progress on fighting climate change.

Canadians looking for real solutions to the climate crisis, should therefore be forgiven if their ballot choice is “none of the above.”