Ah, the rose. A beautiful presence. A short-lived bloom. But once done, just the thorns to see. The message of our province’s finance minister Sept.
Sep 14, 2019 6:00 AM By: Kirk Lapointe 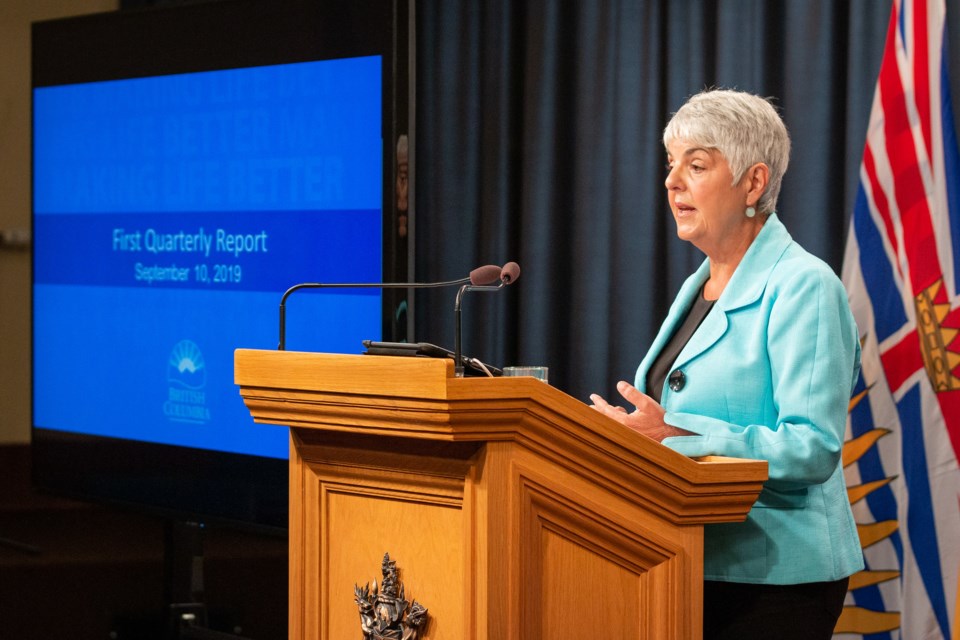 Ah, the rose. A beautiful presence. A short-lived bloom. But once done, just the thorns to see.

The message of our province’s finance minister Sept. 10 as she delivered a quarterly economic update was analogous to that passing of the vitality that comes when a fresh flower no longer holds true and firm.

A turning point in her government’s life has arrived.

The buoyant economic climate inherited by the NDP is now a much more sombre heirloom it must own and cultivate. To stretch the metaphor, its actions on housing have dried the revenue stream so necessary to water the plant. The global downturn in forestry is starting to hit the books. And the spectre of reforms of the Insurance Corp. of British Columbia (ICBC) may lower the boom.

What were once salad days are now a grapefruit diet.

A projected surplus made confidently only in February of $274 million in the 2019-20 fiscal year is now forecast to be $179 million, but only thanks to dipping into a contingency fund for $300 million to stay in the black.

The toughest results are yet to come from a forestry sector whose suffering has taken months to affect government revenues, from a housing sector that is into the throes of so much new taxation that it not yielding the venerable property transfer tax revenue governments count upon, and from the very real possibility that the province’s proclaimed dumpster fire at ICBC is not imminently extinguishable.

There are, too, other matters well beyond Carole James’ control as minister. The Donald, Boris and Xi spring immediately to mind.

But there is one matter she can control: herself. In commenting on the housing market slump, James has been unapologetic for her government’s role. It is a conceit to believe that the taxation of housing will make it affordable for who her government is speaking to — the younger, lower-middle-income cohort that wants into the market — unless there are much more dramatic measures in the wings. Certainly the supply of new housing, if that is any solution, will not materialize in this environment. But then again, much of what the government is doing to the real estate sector is more of a political voucher than an economic remedy.

It is increasingly hard to see how the revenue and expense trend lines translate into anything other than a deficit in the near term, because the government’s commitments to an expansion of its role in the economy has locked itself into spending it cannot forestall.

We might be absorbed in Wednesday’s launch of the federal election campaign, but it’s not as if the next provincial vote is eons away. If the economy indeed goes sideways globally, British Columbia would find itself in a high-tax financial box without great maneuverability to adapt. The very real possibility is that the NDP faces the electorate in the fall of 2021 in a financial strait, in part due to its ambitious social agenda and in part due to a miscalculation of when to invest in an economic cycle. Not that it had a choice: its supporters were expecting spoils and it had little choice but to do so upon assuming power if it did not wish to disappointment them.

But the country’s best-performing economy is not the resilient flower we might wish. It depends on resources in the main, and real estate has become a 21st century commodity in that fold. The tax-and-spend chapter is closing and the real business of being a finance minister has hit James’ desk. That next quarterly report should be quite the presentation.