Millennials, tenants and couch-surfers may want to avert their eyes for a moment. Thank you.
Dec 14, 2016 2:27 PM By: Allen Garr 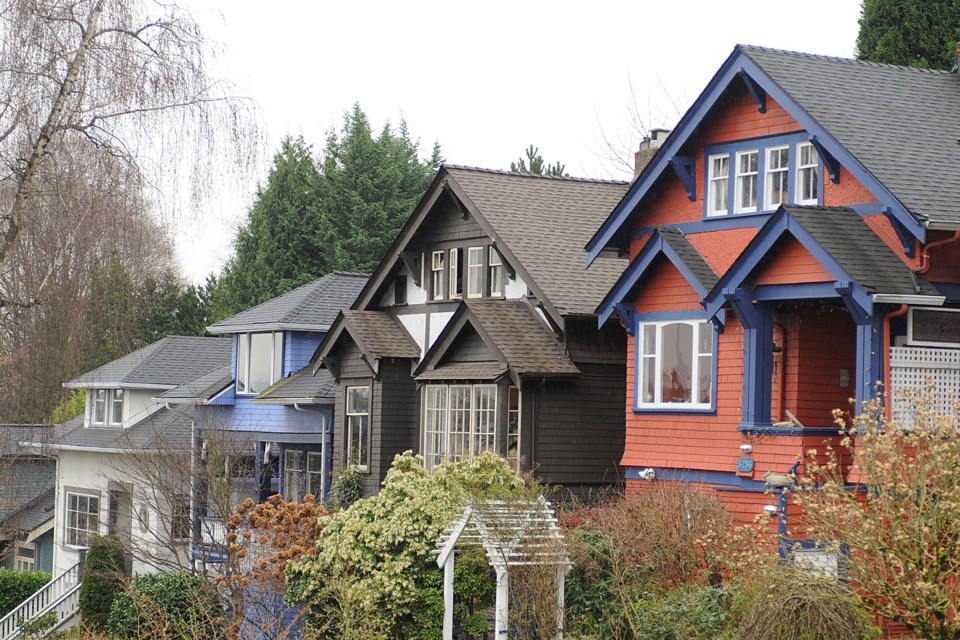 Allen Garr: Deferring your taxes for 10 or 20 years will hardly make a significant dent in what you will leave behind for the kids or have in your hands when you downsize. Photo Dan Toulgoet

Millennials, tenants and couch-surfers may want to avert their eyes for a moment. Thank you.

If those of you who are left are staring at the probability of yet another property tax increase on your home this year, and thinking it is time to start deferring those taxes, you would not be alone. An increasing number of Vancouverites are figuring they have better things to do with that money right now. In fact, the numbers are soaring.

This past year, in Vancouver alone, the number of people taking advantage of that provincial program went up by 31 per cent. It is the biggest jump since the 2008 financial meltdown put the squeeze on people and the numbers went up by 50 per cent in Vancouver.

Here’s a bit of history: The provincial legislation that allows folks 55 years of age or older to put off paying their property taxes until the house they live in is sold, was actually introduced by B.C.’s first NDP government led by Dave Barrett back in 1974.

Amidst the tidal wave of groundbreaking legislative initiatives brought in by Barrett and Co., including ICBC, PharmaCare, the Agricultural Land Reserve, banning pay-toilets and the strap in public schools, this bit of work hardly raised a ripple.

As it turns out, very few homeowners showed any interest in it at all. They simply didn’t want to reduce the relatively small value of their principle asset by adding debt. (At the time, you could pick up a two- or three-bedroom house on the West Side of Vancouver for about $50,000.)

Besides, homeowners were the beneficiaries of a program from the previous Social Credit administration of W.A.C. Bennett, in the form of homeowners’ grants and a seniors’ grant that cut a fair whack out of their property tax bill.

Those grants still exist. The province says that 91 per cent of homeowners can get some or all of those grants, depending on the assessed value of their property and just how much the province has pushed up the threshold on property values so that homeowners are still eligible.

For 2016, that threshold figure sits at $1.2 million — up 10 per cent from 2015 — which seems like a lot of money until you look at single-family dwellings in most of Vancouver.

Those $50,000 houses from back in 1974 now well above $2 million and jumped about 25 per cent last year alone. So there are no grants for those guys, which saves the government buckets of dough.

And that gets us back to that 1974 piece of legislation.

Folks are figuring out that, even though taxes have gone up significantly over the years, they have not increased anywhere near the same amount as residential property values.

Deferring your taxes for 10 or 20 years will hardly make a significant dent in what you will leave behind for the kids or have in your hands when you downsize.

For those people, the provincial government has essentially turned a grants program into a loan program with an incredibly low interest rate of around one per cent. (There is also a program for people with kids under 18 to defer taxes. The interest rate there is now 2.7 per cent.)

You could say, you were better off getting the cut on your taxes in the past, and that was true.

But bite that bullet and realize you couldn’t get money cheaper than that anywhere except from the bank of Mom and Dad.

That’s why, at this point, according to the city, 6,316 Vancouver households are deferring almost $36.8 million in property taxes.

Not everyone is using that money to supplement their income, although many are: $6,000 or $7,000 a year will buy a lot of groceries.
Some, including my colleague Michael Geller, are investing the dough. It doesn’t take a genius (no offence Michael) to figure out how to get a better return than one per cent on your money at virtually no risk. Try a GIC and plunk it in your Tax Free Savings Account.

Others are just taking a holiday they couldn’t otherwise afford.

That’s all good unless you are allergic to debt of any kind.

But this is such a deal, it is hard to ignore.