Does the Haida Now exhibit belong in the Museum of Vancouver? 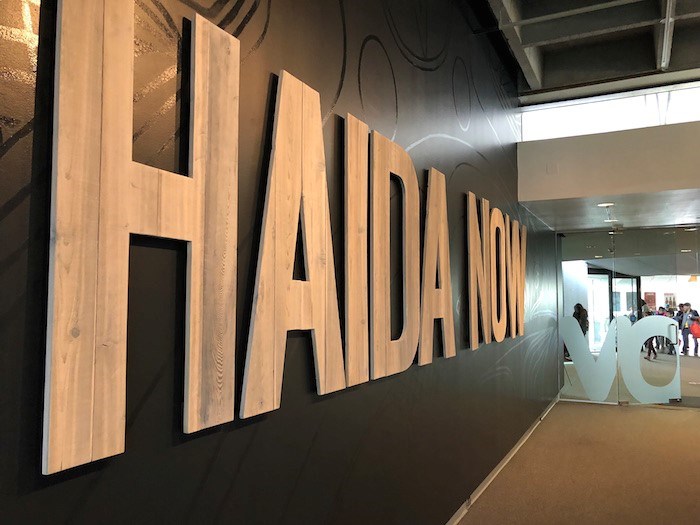 “It belongs in a museum!”

That’s one of Indiana Jones’ most famous lines. In retrospect, the fictional star of the silver screen and his real life archeologist contemporaries could be considered misguided, imperialistic grave robbers: they stole from one culture in order to entertain and educate their own, often with an admission fee attached.

Of course it happened here, too. One such story was depicted beautifully on stage in Beyond Eden, the 2010 musical starring Spirit of the West singer John Mann. The show was loosely based on the real-life controversial removal of some of the last-remaining mighty totem poles on Haida Gwaii.

The argument at the time was that the totems needed to be removed so they could be preserved for future generations.

Some of those involved in the removal were supposedly conflicted for years. Wilson Duff, who led the expedition in 1957, committed suicide in 1976.

I found myself thinking of that sad tale when I saw the advertisements for Haida Now, the current exhibit at the Museum of Vancouver, which runs until June 2019. The exhibit, which Vancouver Awesome has called “powerful,” focuses on the “rich culture, traditions, art, and artifacts of Haida Gwaii.”

The exhibit includes more than 450 Haida items from the MOV’s “extensive collection,” dating back to the 1800s, including baskets, tools, weapons, masks, carvings and more.

In this new dawn of reconciliation, you have to ask yourself, how many pieces of that collection would now be considered stolen goods?

The MOV is quick to point out Haida Now is presented in partnership with the Haida Gwaii Museum in Skidegate. I’ve been to that facility, and it’s a beautiful and very moving place. It’s still a museum, but what is most important is that the pieces on display are on the shores from whence they came. Many of those artifacts have been reclaimed and brought home from dusty museum basements thousands of kilometres away.

The Haida have been extremely proactive in the repatriation of their own artwork and cultural items from the upward of 300 different museums around the world, demanding their rightful return to their islands.

That brings up the most important question when it comes to museum exhibits in 2018: Who gets to control the narrative?

The guest curator of the MOV’s Haida Now is Kwiaahwah Jones, who is Haida. It’s her hope that the exhibit serves as a bridge between citizens of Vancouver and the Haida people.

The Haida have, if anything, proven themselves over and over to be as resilient a people as you can find on this planet. The Haida warriors mercilessly ruled the West Coast like Vikings, pre- and post-contact, until European diseases almost wiped them out from their remote island fortress in the North Pacific that they and their ancestors have inhabited for more than 13,000 years.

They don’t talk about it much, but before that apocalypse of the mid-1800s, many historians have claimed the Haida both raided for and traded in human slaves, in what some have described as a former driving force of Haida economy.

When they weren’t terrorizing southern tribes with advanced weaponry and superior watercraft, the Haida were creating spectacular art that eventually became so world-famous, much of colonial white culture lazily associated Haida iconography with other First Nations from across North America. It’s how Haida art became so famous — such as the unceremonious sawing down and removal of totem poles, and outright theft from village and gravesites — that remains so controversial today.

It could be argued that the Haida have also been major leaders in the reconciliation charge, most notably when, on June 3, 2010, the Haida Gwaii Reconciliation Act officially dumped the colonial name of the Queen Charlotte Islands in favour of Haida Gwaii.

It was a major victory recognized by all levels of government, but you can still find the occasional white dude who insists on referring to the archipelago nation as “the Charlottes.”

By all means, check out Haida Now to learn and understand more about one of the most fascinating cultures in the world.

But when you marvel at the intricacies of that beautiful Haida artifact, ask yourself: Does it belong in a museum?