Federal New Democratic Party lurching along the road to irrelevance

Institutions fall quickly these days. The New Democratic Party would be well advised to understand that as it staggers almost helplessly into this federal election. Time appears to have passed it by. It is rudderless and rapidly aging out.
Jul 8, 2019 11:40 AM By: Kirk Lapointe 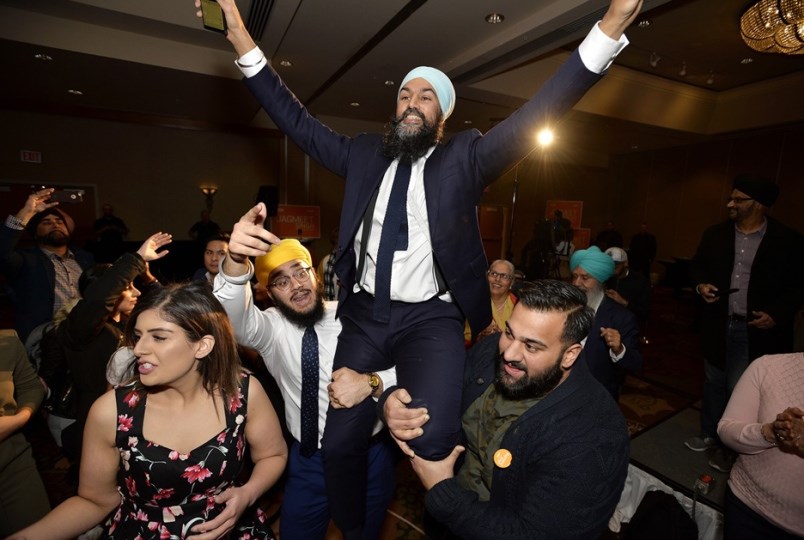 Institutions fall quickly these days. The New Democratic Party would be well advised to understand that as it staggers almost helplessly into this federal election.

Time appears to have passed it by. It is rudderless and rapidly aging out. Memberships and money are wanting. Its ideas are championed more authoritatively now, or even swiped, by others (most recently, pharmacare).It has about the same relevance politically to the new generation of voters the CBC has to those who watch movies on their smartphones.

The unravelling may have been long in the making. Jack Layton’s leadership before his untimely death might have been a transitory blip in that descent. But it feels as if the decline took on momentum this time as the last election approached.

The party was atop polls in part because Layton had carried it to official Opposition, and Stephen Harper was a tired fit. Even though in Layton’s succession Thomas Mulcair didn’t appear the most accessible leader in history, Canadians seemed to think he manifested acceptable qualities, if at least by virtue of his Commons performances.

Then he ran a ridiculously inauthentic, centrist, too-safe-by-half campaign in misjudging how the country wanted a departure. He was outflanked on the left by Justin Trudeau’s Liberals the way horses find their stride in the home stretch and front-runners gasp to finish up the track. Trudeau, of course, moved centrally to govern.

With Mulcair dispatched, the party strangely delayed a leadership contest. It found its election showing did not yield a bumper crop of successors for the helm, and just as the Tories disappointingly didn’t get opted-out Rona Ambrose, the NDP didn’t get opted-in Nathan Cullento take it to the next step. It went outside with utter glee to an unproven provincial Ontario MPP, Jagmeet Singh, and he has proven an utter gaffe.

In the last election, Trudeau was portrayed as just not ready, the least qualified to offer for the office of prime minister, but Singh eclipses that concern. On issue after issue he has been unconvincing and unconvinced in his position. He appears to not have an aide who stays abreast of the news to tell him about it. He has revived in unflattering ways the term “waffle” to the NDP. He and his party have not produced a single big idea to think about at the ballot box.

Moreover, while as leader he awaited a riding vacancy for nearly two years in which to seek a Commons seat, he didn’t borrow from Trudeau’s playbook and build relationships in touring the country.

Polls before elections carry question marks and asterisks, but the current batch suggest an NDP substantially reduced from its 44 seats in the 338-seat House of Commons, itself a sharp drop from that of 2011.

In British Columbia, where the NDP won 14 seats last time, about half of them are now unlikely. That would be its worst showing since 2004 — despite the presence of a provincial NDP government.

The real drama is in Quebec, where in 2015 Mulcair salvaged 15 of 59 seats secured under Layton in 2011, but where the party has since dropped roughly 15 points.

There might be but one, two or three seats to stay with the party there. Singh has not connected with the province, and his strategists now talk of Quebec as a lost cause.

We are all attracted to winning, so it should not surprise that the party’s MPs do not see the same opportunity in 2019 perceived last election. At last count, 11 of the 44 sitting NDP MPs will not contest office this fall. Coupled with three who resigned and one who was expelled, that totals more than one-third of the 2015 alumni — the highest attrition rate of any party with official status in the last six elections.

Many columnists have written the party off before, only to watch it rebound. Now, though, the left-of-centre has a more exuberant option in the Greens. Provincially its Albertan time came and went, its Ontario promise never materialized, and the Horgan government is its last stand.

The party has never before been so eroded from both sides with so little prospect of an uptick. You have to wonder if this is its last hurrah.

Kirk LaPointe is editor-in-chief of Business in Vancouver and vice-president, editorial, at Glacier Media.