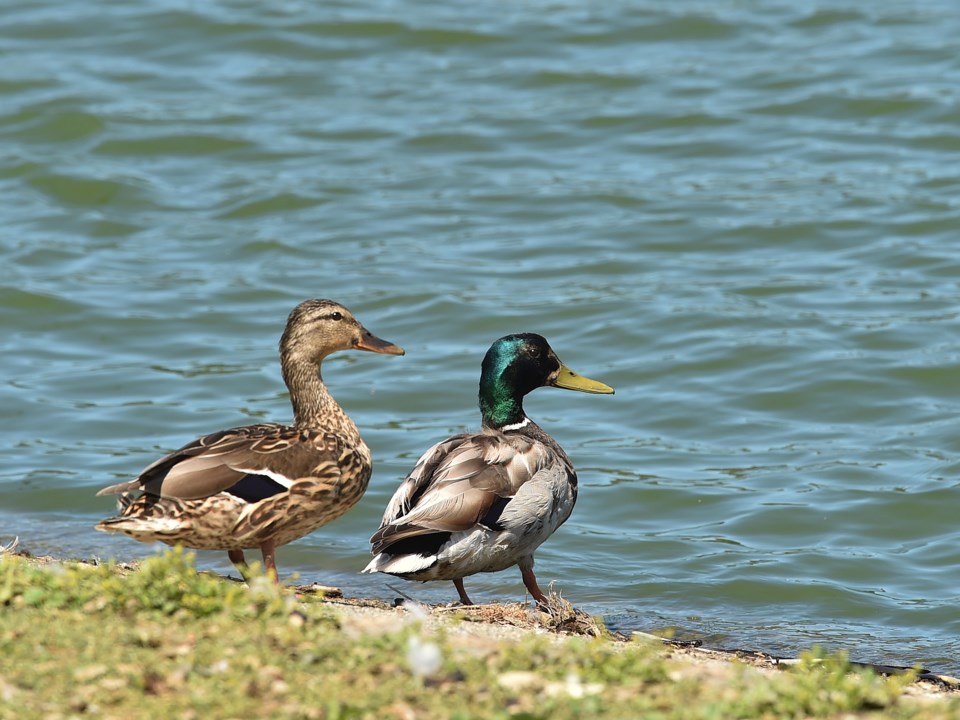 Posted a story yesterday to our website about some of the head-scratching calls that agents at the City of Vancouver’s 311 contact centre have received over the past 10 years.

One of those questions sure got a lot of attention on social media, and people wanted to know the answer to this doozy: What species of ducks swim in Lost Lagoon at Stanley Park, and are they edible?

I have an answer, courtesy of Dannie Piezas from the Stanley Park Ecology Society.

In an email, Piezas said some of the ducks you’ll find today at Lost Lagoon are mallards, wood ducks, gadwalls and green-winged teals.

Ducks you will find there in the fall or winter are American wigeons, common goldeneyes, surf scoters, hooded mergansers, lesser scaups and — my favourite — buffleheads.

You’ve probably concluded what I have: Ducks have cool names.

The scientific ones are even more rad. For example, a surf scoter is actually known as a melanitta perspicillata. A bufflehead is known as a bucephala albeola.

In fact, according to Wikipedia, a bufflehead was first described by Swedish botanist Carl Linnaeus in his Systema Naturae in 1758 as anas albeola.

I’m guessing Mr. Linnaeus came up with that name after a long bike ride on an uncomfortable seat.

That, or he had some bad pasta.

One more fact about buffleheads: They are among the last waterfowl to leave their breeding grounds and are “one of the world’s most punctual migrants, arriving on their wintering grounds within a narrow margin of time.”

Which means a bufflehead could never be a news photographer.

Now to the second part of the question: Are the ducks edible?

Piezas: “They should all be fairly edible, except that some species [and individuals] will just have more meat on them than others.”

The city never disclosed the identity of the person who posed the question about the ducks, and I’m not sure they even know.

But when thinking about the question, the assumption would be the caller likes duck and may have been planning to shoot or pluck one from the lagoon.

For the record, hunting is not allowed in Stanley Park.

But as a video I came across on the internet showed, at least one person tried to steal a gosling in May 2018 before being shamed on camera.

I reached out to Vancouver police this morning to see if they had ever investigated thefts of ducks or other waterfowl. I’m guessing they didn’t call back right away because they’re probably busy with more important stuff.

I also reached out to Wile E. Coyote and Rocky Raccoon for comment, but neither of them returned calls. The spokesfowl for the ducks, an imposing hooded merganser, would only agree to an interview if bread crumbs were involved.

As for the paper’s policy on a journo writing 500 words of nonsense and allowing it to be posted to our website, there are times when you’ve got to just let it fly.

Sometimes, it just fits the bill.

Regardless of what the piece was initially quacked up to be.

Note: This story has been updated since first posted. The original post quoted Nick Page, a park board biologist. The city has since sent me an email to say they erred and the information was from Dannie Piezas from the Stanley Park Ecology Society, which is now reflected in the piece.