When the provincial budget is announced Feb. 20, education advocates will be looking for a boost for students with special needs, a plan to get schools seismically upgraded and money to pay for “extras” that have been eroded over the past 15 years.
Feb 5, 2018 11:54 AM By: Tracy Sherlock 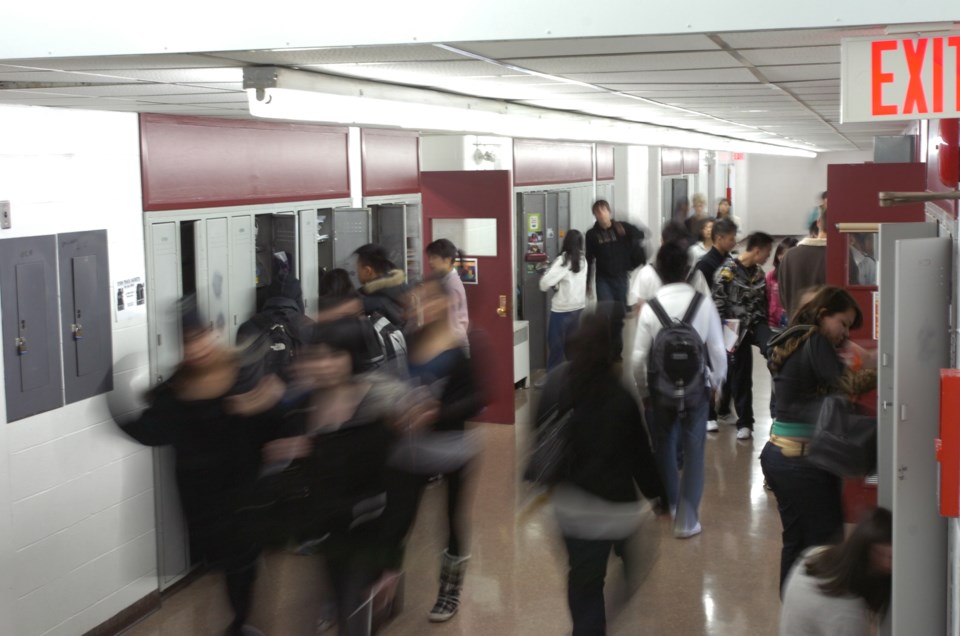 Expectations are high for the NDP government’s first full budget, and so is the potential for disappointment when it comes to school funding. Photo Dan Toulgoet

When the provincial budget is announced Feb. 20, education advocates will be looking for a boost for students with special needs, a plan to get schools seismically upgraded and money to pay for “extras” that have been eroded over the past 15 years.

If Twitter is anything to go by, expectations are high the NDP government’s first full budget will address long waitlists for psychological assessments, fix a shortage of both education assistants and specialist teachers and establish funding that matches costs.

Vancouver parent Jen Stewart said she wants to see quicker assessments for students, more education assistants and the return of items that have been cut like fine arts programs, gifted programs, transportation and books.

“So much is needed to replace what was taken away,” she said.

The Parent Advocacy Network (PAN) would like to see a “meaningful increase” to operating funds.

Glen Hansman, president of the B.C. Teachers’ Federation, Stewart and PAN would all like to see the province meet the recommendations of the province’s Select Standing Committee on Finance and Government Services, which called for “predictable, sustainable and adequate yearly funding,” money for seismic upgrades, equitable funding across the province and increased funding for the new curriculum and to support students with special needs.

Hansman would also would like to see money to implement the new curriculum, specifically to train teachers, buy supplies and new textbooks and support the Aboriginal content.

He says it’s tough to do hands-on learning when all the Bunsen burners and beakers are broken.

In its election platform, the NDP promised $30 million per year for school supplies, but Hansman says “that hasn’t materialized yet.” In fact, he says, the government has funded the restored contract, but nothing over and above that for operations.

B.C.’s total education operating budget, for public and independent schools, is about $6.1 billion, or about $9,100 per student.

The NDP has launched a funding formula review and said in its election platform that “a per-pupil funding model doesn’t work for our diverse education system in B.C.” That review is in the information-gathering phase, with results expected by this summer, to be implemented for the 2019-2020 school year.

The government’s finance committee is on board.

Since coming into power, the government has made at least a dozen announcements of new schools or seismic upgrades — commitments that are desperately overdue. Since they are paid for out of the capital budget and can be financed through debt, these projects don’t impact the operating budget.

Districts should benefit from the reduction by half in MSP premiums that came into effect Jan. 1. When MSP premiums went up every year, school districts complained loudly, saying the government wasn’t providing the budget to cover those increases. Now that premiums are down, that should free up excess cash.

The NDP — mainly Attorney General David Eby — has been working hard at tempering budget expectations, given the boondoggle at ICBC, which could siphon off up to $1 billion a year from government funds — money that could be going into schools, hospitals or childcare.

On a side note and speaking of Eby, he’s been front and centre in recent reports that the former Liberal government buried a scandalous report on money laundering and significantly altered a pessimistic report on ICBC’s financial woes. This raises suspicions about other reports commissioned during the same time frame, such as the five reports about VSB written between 2010 and 2017, all of which appeared to side with a government perspective.

There is very little purpose to a so-called “independent report,” if the government decides its content.

But back to the budget. We will have to wait another week or two to see if it’s a win or a heartbreaker for education. There’s no doubt not everyone will be pleased, but let’s hope there’s something to smile about for most.