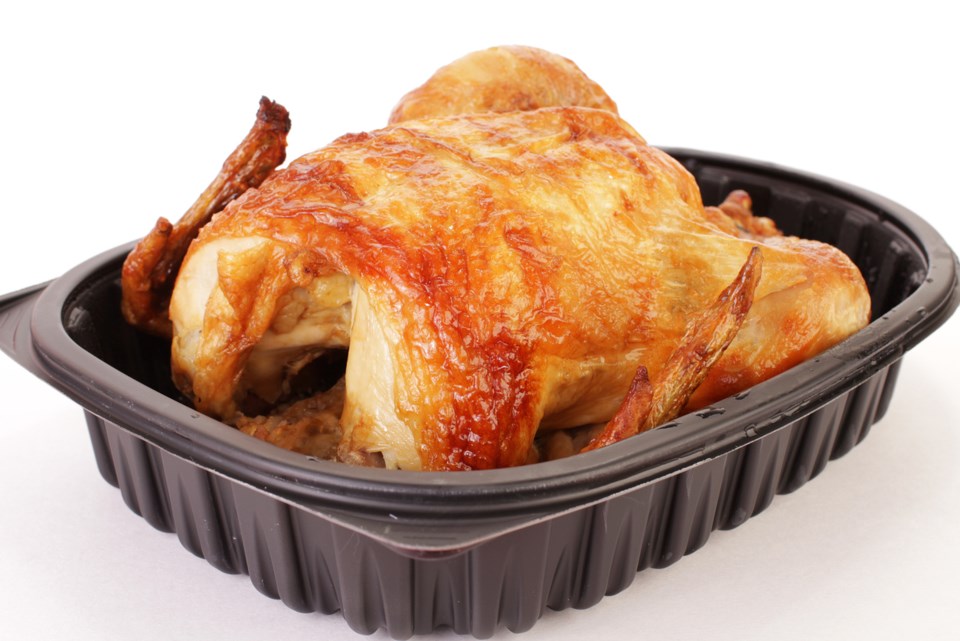 In honour of Yom Kippur, the Jewish Day of Atonement, which this year begins the evening of Sept. 18 and ends the evening of Sept. 19, and, indeed, in honour of atonement rituals in religions everywhere, K&K revives its yearly atonement series, begging forgiveness for past mistakes, misdeeds, egregious errors in judgment and moments of all-around douchiness. Once again, we’re sorry.

A few months ago, we had accumulated enough stamps on our Whole Foods rotisserie chicken stamp card to entitle us to a free chicken. It’s 10 stamps, by the way. And, yes, we know it’s a lot of chicken, but perhaps not that much when you amortize it over the course of many months.

So, with a mixture of pride and shame (because who wants a tangible reminder they’ve consumed 10 whole chickens, even if it did take three or four months?), we approached the Whole Foods cashier with a basket full of groceries, including our prized rotisserie chicken, and a completed stamp card.

But instead of adding the chicken to our bill then deleting the cost of the chicken from our bill — which is normally the practice — the cashier just took $12.99 (the cost of a chicken) off our tally, bringing the grand total of our groceries to a little over $6.

So we told the cashier we thought our bill seemed a little low.

However, she said that she had done everything correctly and $6 for a basket of groceries, including a free chicken, was indeed the cost of the bill. So we paid it and left, knowing full well her mistake, and that she would realize this in the cruel light of dawn, or whenever she cashed out from her shift.

Sorry, cashier, for not explaining more clearly that you had undercharged us, and all too quickly leaving the premises before you could realize your mistake, justifying to ourselves we had done nothing wrong since we initially told you the bill seemed “a little low,” which, to honest, we did more to alleviate any feelings of guilt we might have rather than correct the problem.