I assume everyone knows and accepts that the “free money” Christy Clark is offering first-time homebuyers is a callous and transparent attempt to buy votes in the upcoming election.
Dec 20, 2016 3:52 PM By: Allen Garr 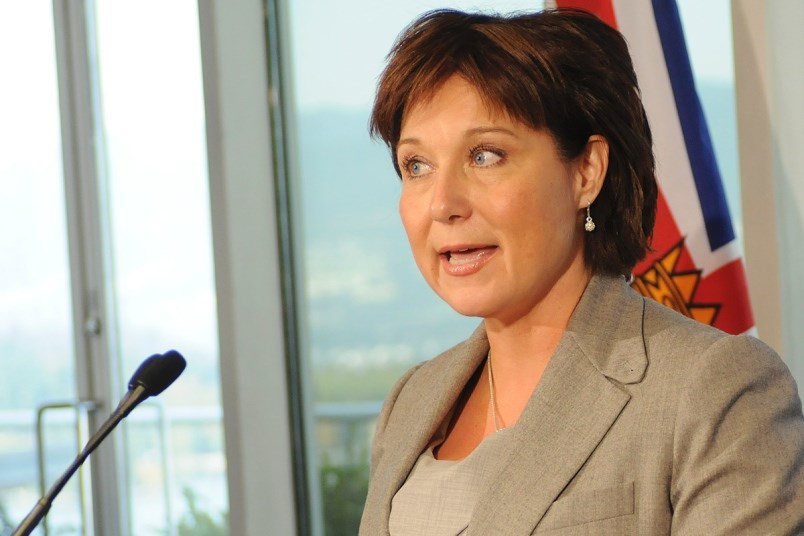 I assume everyone knows and accepts that the “free money” Christy Clark is offering first-time homebuyers is a callous and transparent attempt to buy votes in the upcoming election.

What should be questioned is the economic sense of this money the premier is shovelling off the back of the truck to pave her way to the polls next May.

As you know, her announcement came out the same day as a Bank of Canada report warning Canadians about our rising debt load and particularly debt being taken on because of house purchases.

It was just a year ago when the Parliamentary Budget Office reported that we Canadians are carrying the highest debt load in relationship to incomes of any other country in the G7.

A not insignificant chunk of this was attributed to mortgage debt elevated by soaring house costs, which, in turn, was exacerbated by cheap money due to historic low interest rates.

So it is worth understanding that the money the province is offering isn’t at all free. People who take up this offer of half the down payment, or up to $37,500 for a home selling below $750,000, will have to start making payment at market rates five years out. And that debt will appear as a second mortgage on the title of their home.

In October, we heard from the Government of Canada through Canadian Mortgage and Housing Corporation (CMHC). They introduced more stringent rules for mortgages they would insure, in an attempt to curb our appetite for debt.

And now there isn’t an independent economist who doesn’t think Christy Clark’s plan is stupid.

UBC professor of real estate finance Tsur Somerville says, while CMHC is putting on the brakes, Christy Clark is stepping on the gas.

He’s not alone in thinking that what the province is doing is encouraging people to take on more debt. His UBC colleague Tom Davidoff told reporters “I hate it. To be very clear, I think it’s really bad economics.” And he predicted it would end up driving house prices at the lower end of the market up. It is Economics 101: “We have too much demand chasing too little supply.”

UBC economist Joshua Gottlieb agreed with Davidoff. He told the Globe and Mail the policy is a counterproductive taxpayer-funded subsidy for homeowners and developers.

The latest critic to weigh in on the issue is SFU professor of finance Andrey Pavlov. Writing in the Globe and Mail this week, he points out that in a “constrained” marketplace like Metro Vancouver, caused by a combination of geography and government regulations around zoning, the province’s program will only drive prices up. He writes: “Any financial subsidy for buyers would get reflected in higher sales prices. Therefore the benefits of the new program will flow to current owners and the developers.” He adds that the program “will push people to stretch themselves even further financially and to take on even more debt.”

In spite of that, it’s no wonder that cheerleaders of this plan include the real estate industry, developers and mortgage brokers. All of whom, like the provincial government, have already benefitted mightily from a red hot real estate market and only want more.

And what of the premier’s observation that “owning the place where you live is part of what being a Canadian is all about”?

One can only assume that in her view, the 50 per cent of Vancouverites who either chose to rent or will always be unable to afford their own house are lesser Canadians.

What would make more economic sense, to say nothing of being more socially responsible for Christy Clark to do, would be to put those millions of dollars into increasing the housing supply. People falling short of “scraping” together a down payment can afford to wait. Instead, there is a more critical problem to deal with. That is the chronic shortage of affordable rental housing. While the province has contributed something to relieving this, much more can be done.

Vancouver now sits at a rental vacancy rate of 0.6 percent. It may not be as headline grabbing, as vote getting or as simple.

But it would meet a real need, and come closer to defining what being Canadian should be all about.