How Trudeau can increase his 'man of the people' image

This past week Prime Minister Justin Trudeau was spotted, spied on, stalked and Instagrammed up the wazoo while hitting the slopes of Whistler with his equally attractive family.
Mar 1, 2016 4:19 PM By: Kudos And Kvetches 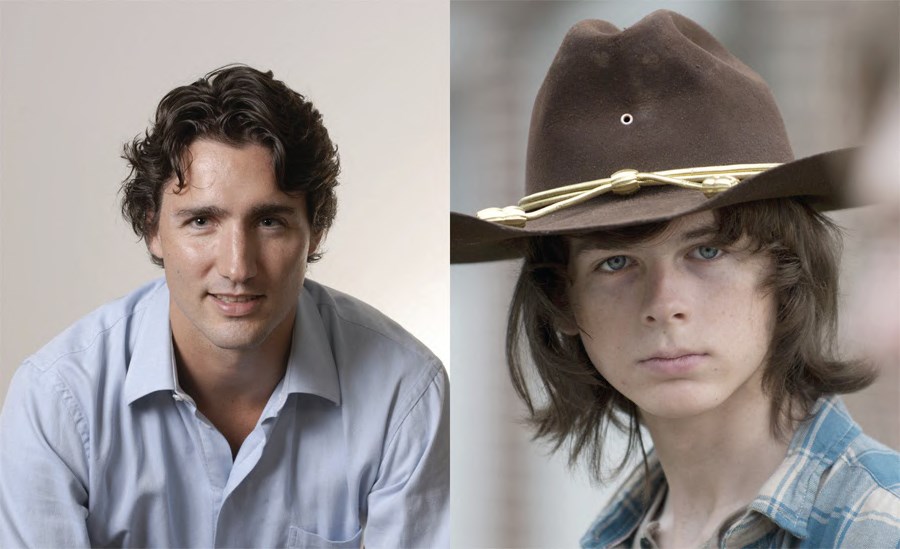 If Prime Minister Justin Trudeau really wants to be a “man of the people,” he should stop posing for Instagram shots at Whistler and publicly call for Carl to be killed off on Walking Dead.

This past week Prime Minister Justin Trudeau was spotted, spied on, stalked and Instagrammed up the wazoo while hitting the slopes of Whistler with his equally attractive family. And while it’s easy to fall prey to thinking “he’s just like us” of our snowboarding, pot-friendly, devastatingly handsome national leader — don’t be fooled. He’s not like us. He is a golden god. However, if Trudeau does want to come off as a man of the people, may we suggest he partake in the following down-to-earth activities:

• Frequently wishing aloud for the death of Carl on Walking Dead. Sure he’s a teenager who (spoiler alert) had to kill his mom before she turned into a zombie, and he has been shot a number of times. But enough is enough. And ditch that hat.

• Standing in a grocery store line and silently judging the unhealthy purchases of the person in front of you.

• Wrestling with the crisis of conscience that occurs when you hear a really catchy song only to realize it’s Maroon 5.

• Lying on the sofa Googling your name and catching a glimpse of yourself eating cereal from a cup in the reflection of your laptop and trying to ignore the confusing mix of narcissism and shame that cloaks your chubby body like a crumb-speckled fleece Slanket, which, thankfully, you don’t own because you would be all over that kind of thing.