How Vancouver is helping Surrey get its own police force 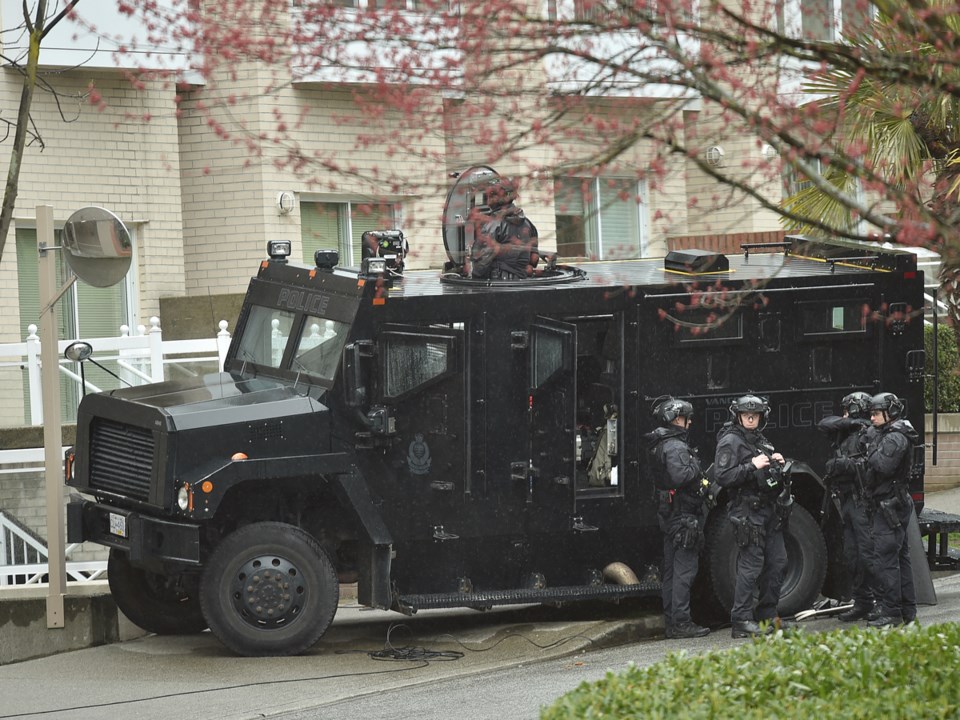 The ongoing spat in Surrey between that city’s top cop and mayor about replacing the Mounties with a municipal police department continues to be a doozy.

It came to a head this week when Mayor Doug McCallum and his council finance committee — for the second consecutive year — turned down the RCMP’s request for new officers.

Dwayne McDonald, the soon-to-be-departing officer in charge of the Surrey detachment, was not happy and issued a public statement that put council on notice for what they did.

McDonald wrote that “it was important that we acknowledge the detrimental effect this will have on our service delivery model and on the health and wellness of our members and municipal support staff.”

McDonald had some other stuff to say, but I want to get right to the reasons the fight across the Fraser River is relevant to Vancouver residents.

Reason one: McCallum is relying on the expertise of the Vancouver Police Department and City of Vancouver staff to make the transition from the Mounties to a city police department.

That includes recommending the number of officers for the new Surrey force — 805, which is an increase of 13 over the RCMP’s current authorized strength of officers.

Reason two: A VPD budget submission report to council this week suggested the relationship between the departments will “present opportunities for additional collaboration to further the public safety interests of Vancouver residents.”

Reason three: This is just a guess, but I’m willing to bet the person chosen to be the chief of the new Surrey force will be a Vancouver cop.

I wrote about this new relationship between the VPD and the City of Surrey back in December 2018.

Since then, a 189-page report was released in June 2019 that highlighted the benefits of Surrey adopting a municipal police force.

Many pages of the report pointed to potential “synergies” between the VPD and a new Surrey police department, which suggest cost savings for both departments.

“These VPD resources,” the report said, “could replace the integrated teams currently in place in Surrey, subject to an arrangement where Surrey would pay an annual cost-recovery fee to the VPD.”

Kind of sounds like such a relationship could lead to the formation of one big force responsible for two of the biggest cities in the province. Maybe even the start of a region-wide force.

But I’m told that’s not going to happen.

At least that’s what Mayor Kennedy Stewart said last year, although he acknowledged support over the years from various police leaders and politicians in the region for a regional force.

“I don’t see this as any kind of mission creep for the VPD, or geographic creep for them,” said Stewart, who doubles as chairperson of the Vancouver Police Board.

“I do see it as a neighbour asking for help and we’re seeing what we can do to help.”

In 2013, when Gregor Robertson was mayor and Jim Chu was police chief, the police board confirmed its support for a regional policing model.

The board argued it was a more effective and efficient way to deliver policing services in the Metro Vancouver region, which is currently a patchwork of municipal departments and RCMP detachments.

It should also be noted that creating a regional force was one of the key recommendations in the Missing Women Commission of Inquiry report released in 2012.

At the time, mayors from Surrey, Delta and Port Moody were among suburban leaders opposed to creating one force for the region.

They were worried of losing their community policing approach and having officers assigned to work on high-profile crimes in Vancouver.

So while McCallum’s push to open a city police force continues in Surrey — set to be operational in April 2021 — another municipality in the region is questioning the role the RCMP plays in its city.

As my colleague Janis Cleugh at the Tri-City News reported Nov. 29, Port Coquitlam council will spend $100,000 on a consultant to review whether Port Coquitlam should have its own RCMP detachment or create a municipal force.

Port Coquitlam shares the services of the RCMP detachment that serves Coquitlam (where it is based) and Anmore and Belcarra.

Port Coquitlam Mayor Brad West told the Tri-City News the whole purpose of the review “is to improve community safety. This isn’t about unhappiness [with the RCMP]. We’ve experienced significant growth in the last decade and we want to know if the RCMP are meeting our needs and priorities. We believe it’s timely.”