Interreligious conference explores ‘encountering the other’ 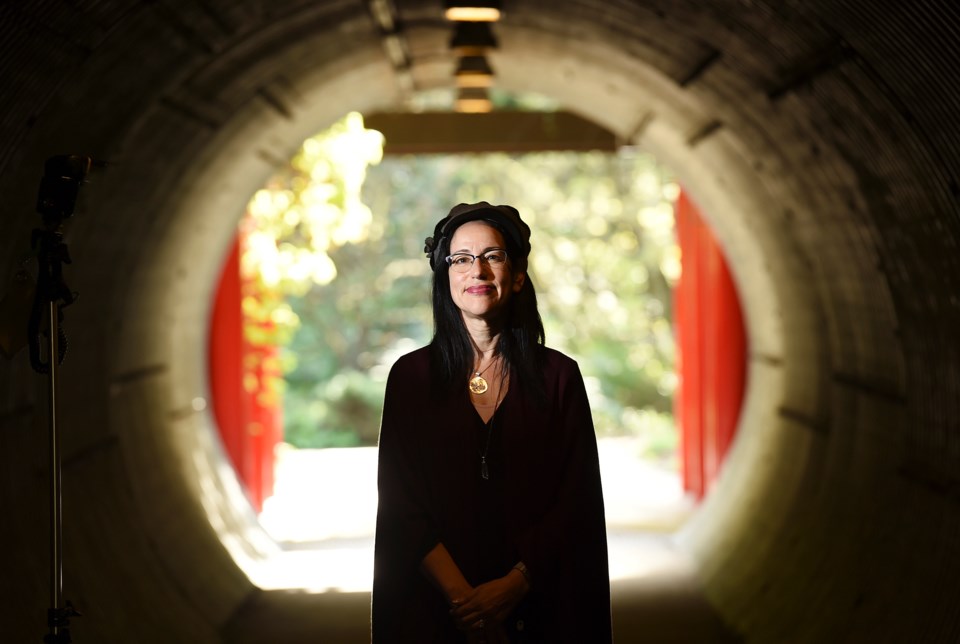 Rabbi Dr. Laura Duhan Kaplan, director of interreligious studies at Vancouver School of Theology, hopes the upcoming Encountering the Other: An Inter-Religious Conference will be the first in annual series of events. Photo Dan Toulgoet

Canadians may like to believe that we are above many of the theological frays that we see ripping apart countries overseas. Yet we have all heard bigotries expressed about people of other religions and, using one measure, when violence in the form of hate crimes take place in Canada, it is overwhelmingly directed at religious minorities. (Another of the largest target groups, LGBTQ people, are sometimes targeted in part because of incitement based on religious interpretations.)

So in the interest of social well-being, we should not pretend that our country is flawless. The self-righteousness we exhibit because Canada does not have a homegrown Donald Trump rings hollow when we overhear some of the comments in cafes or read the vox populi sections of the Internet.

The Vancouver School of Theology, the incubator of some pretty awesome intellectual and social exploration on the UBC campus, is hosting an event that intends to get to the root of some of the most challenging issues a multicultural and multi-religious society confronts — or should confront.

Encountering the Other: An Inter-Religious Conference is a major, three-day affair beginning Sunday, May 15. But ordinary folks do not need to take two days off work to experience some of what the conference has to offer. Two successive evening events offer a taste.

Rabbi Dr. Laura Duhan Kaplan, director of interreligious studies at VST, hopes this will be the first in an annual series of conferences open to academics and the general public.

“This seems to me a very, very good beginning topic,” she says. “If you were going to have the first in a series of annual conferences, which is what we’re hoping, ‘encountering the other’ seems like the most obvious way to start.”

People should not necessarily assume, as I did, that the emphasis will be on differences between peoples.

“It might be that we focus on commonalities,” says Duhan Kaplan. Among the varied topics to be addressed throughout the conference, she says: “Some of them actually will be about more universalistic religious visions, commonalities in spirituality and ethics across traditions and others of them will actually be about times when perceived difference was a factor in confrontation and violence.”

The Monday and Tuesday plenaries, panels and sessions will address such topics as “Hindu Traditions Offering Positive Approaches to Others,” “Searching for the Sacred Other in the Palestinian/Israeli Conflict” and “Postcolonial Contextualization in 21st Century Chinese Protestantism,” among many others. Paid registration is required for these.

But the average curious person can participate on Sunday and Monday nights, with a keynote the first evening by Marc Gopin, director of the Center for World Religions, Diplomacy and Conflict Resolution at George Mason University in Virginia. His topic is “The Journey Toward Less Violence and More Empathy: A Scientific and Spiritual Convergence.”

Gopin’s work has focused on aspects of religion and spirituality that are most conducive to peace-building, says Duhan Kaplan. He has also researched the inner qualities that exist across cultures that lead people to want to become active peacemakers and even take physical risks for peace, she says.

The next night offers a varied presentation. First, youth members of Fossil Free Faith, a spirituality-based environmental group I wrote about last August, will hold a panel discussion. This will be followed by a World Music concert, featuring Arabic music, Jewish music from around the globe and Indian-Japanese fusion.

“I wanted to incorporate the arts as well as just sitting around listening to people talk,” Duhan Kaplan says. “So, in addition to music, there will be a photography exhibit by three VST students.”

Two interreligious studies students are photographing B.C.’s multicultural life, while a third student, in the indigenous studies program, will share photographs of the land and landscapes of Vancouver Island.

Using theatre to help youth engage with issues of pluralism will also be part of the conference, and Duhan Kaplan will discuss how the universalistic vision of the Kabballah sees all religious traditions sort of as “different musical keys for knowing God.”

She will share the first plenary with Rev. Ray Aldred, who will be featured in an upcoming column, discussing “Indigenous People as the Other: Debates in Christian Thought,” and Acharya Shrinath Prasad Dwivedi, speaking on “Hindu Traditions Offering Positive Approaches to Others.”

Combining some very thoughtful academic work with the visual arts and music to address what may well be the world’s most urgent issue — simply living together on the planet — seems like a good start to a new annual contribution to Vancouver life.