Is Libby Davies running for mayor? 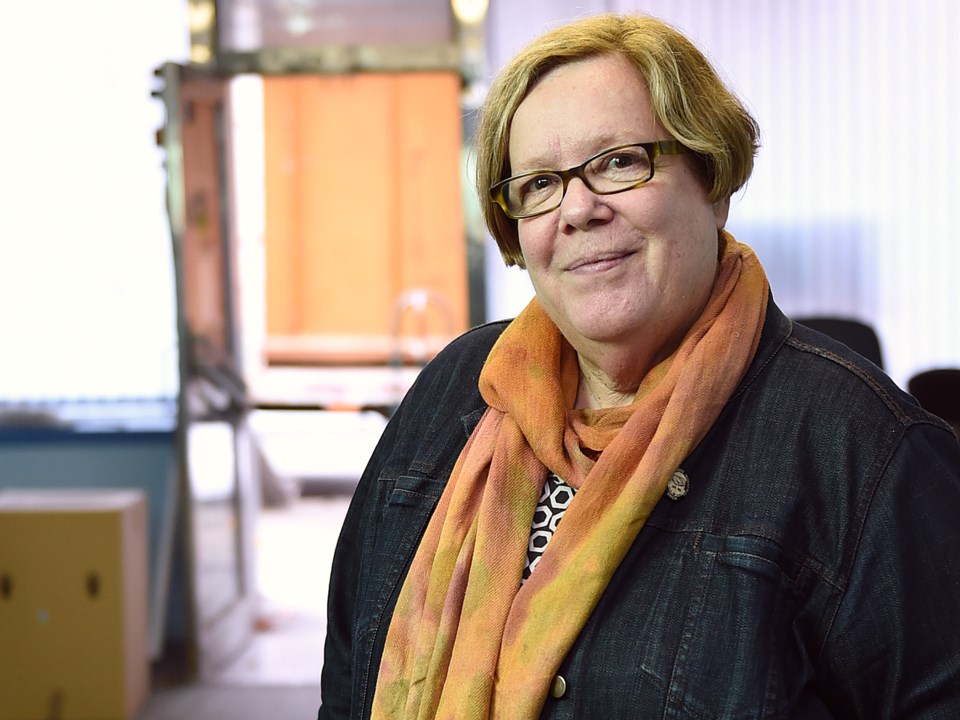 Libby Davies, the retired NDP MP for Vancouver-East, ran for mayor in 1993. The former COPE city councillor says she has been taking calls from people wanting her to run in this October’s civic election. Photo Dan Toulgoet

I love a good rumour as much as the next person.

But in my line of work, I can’t fill this space with the a-little-birdie-told-me-that-this-person-or-that-person-is-going-to-run-for-mayor type of copy.

Unfortunately, I have to let the facts get in the way of a sensational story.

Although some civic politics junkies might lose their minds hearing that Trevor Linden, Christy Clark and Chip Wilson are serious contenders to become the Non-Partisan Association’s mayoral candidate, those same junkies can calm down because I just made that up.

Since Mayor Gregor Robertson announced Jan. 10 that he will not seek a fourth term at city hall, the rumour mill has been operating 24/7 as to who will be Vancouver’s next mayor. A lot of those names being tossed about are women.

So what I’ve done is something revolutionary in these new times for journalism. I reached to my right, picked up a banana-shaped piece of plastic, punched in some numbers on a plastic pad and waited to hear those four women’s voices in my ear.

Regular readers who read to the bottom of some of my epic tales learned a couple weeks ago what city councillor Carr of the Green Party said about running for mayor; she’s not ruling it out. So let’s get to some fresh news on what Vrooman, Pacey and Davies are up to.

I’ll begin with Vrooman, the CEO of Vancity, because she didn’t have much to say. In fact, her PR team sent me a good ole statement instead of lining up an interview.

“I am humbled that some people think I can make a positive contribution to public service, however, at this time, I am fully committed to Vancity and I will not be putting my name forward,” she said in her statement.

On to Pacey, who recently announced she was leaving Pivot Legal Society after a 17-year run where she became a champion for sex workers’ rights and won a landmark case in the Supreme Court of Canada. Why is she leaving? Must be because she’s running for mayor, right?

After all, former COPE councillor Ellen Woodsworth has taken to Twitter to campaign for Pacey to run. She was on CBC’s Early Edition also calling for Pacey to run. Headline writers obsessed with 1980s pop band references were hoping it was true: Katrina makes waves, runs for mayor

So how about it, Katrina, are you running for mayor?

“I definitely had some conversations with people who have thought that might be something I was interested in and might be the direction my career was going,” she said by telephone. “But those are not new conversations in so far as the opportunity or the thought that I might enter politics has been something that’s been possible or, at least, contemplated for some time.”

OK, but are you running?

“It’s not something I’m doing or thinking seriously about right now. But I haven’t closed that door – that’s for sure – in terms of the future. But it’s not this year. The answer is I’m not running for mayor or council this year.”

That same day, Libby was good enough to take my call. Last time I spoke to her was for a piece I wrote about her retiring in October 2015 as the longtime NDP MP for Vancouver-East. I reminded her then that she ran for mayor in 1993 with COPE, which prompted my question about whether she was interested in doing that again.

Her response in 2015: “No, I’ve had people raise that with me. But I would like to see a woman mayor in Vancouver, though. Isn’t it incredible that we’ve never had a woman mayor?”

Her response this week to the same question: “I’ve certainly been contacted by a lot of people on Facebook and through emails and messages and what not. I’m certainly interested in what’s going to happen in the civic election, overall. I certainly want to play a role in helping to bring about cooperation on the progressive side of things. I think it’s really important that we not allow an NPA council in Vancouver. So I’m going to work really hard to ensure that doesn’t happen.”

OK, but are you running?

“In terms of myself running, I think that’s very up in the air. I’m thinking about it just because people have talked to me. So I think it’s important that I think about it. But I feel like my energy right now is directed towards helping to find a way, overall, that there is cooperation and a sense of agreement about how to move forward.”

No matter who runs for mayor this year, both Davies and Pacey want the winner to be a woman.

Pacey: “My conversations with lots of people in the progressive community, generally, have been surrounding, ‘How do we get more women into politics and into those leadership roles?’ So certainly that would be very exciting. I would love to see a woman in that position. It would be wonderful.”

Davies, reiterating what she told me in 2015: “It’s quite something that Vancouver has not had a woman mayor.”

Seems hard to believe, said the white male journo, that Vancouver has never had a woman lead city hall. Coquitlam, Victoria, Delta, Surrey, West Vancouver, Maple Ridge, to name a few, have all had women as mayors.

Note: In next week’s print and online editions of the Courier, my colleague Naoibh O’Connor looks at that very issue of why Vancouver has never had a woman in the mayor’s chair. It’s a ripping read.