Is sale of land to BC Hydro a fair trade for two new Vancouver schools? 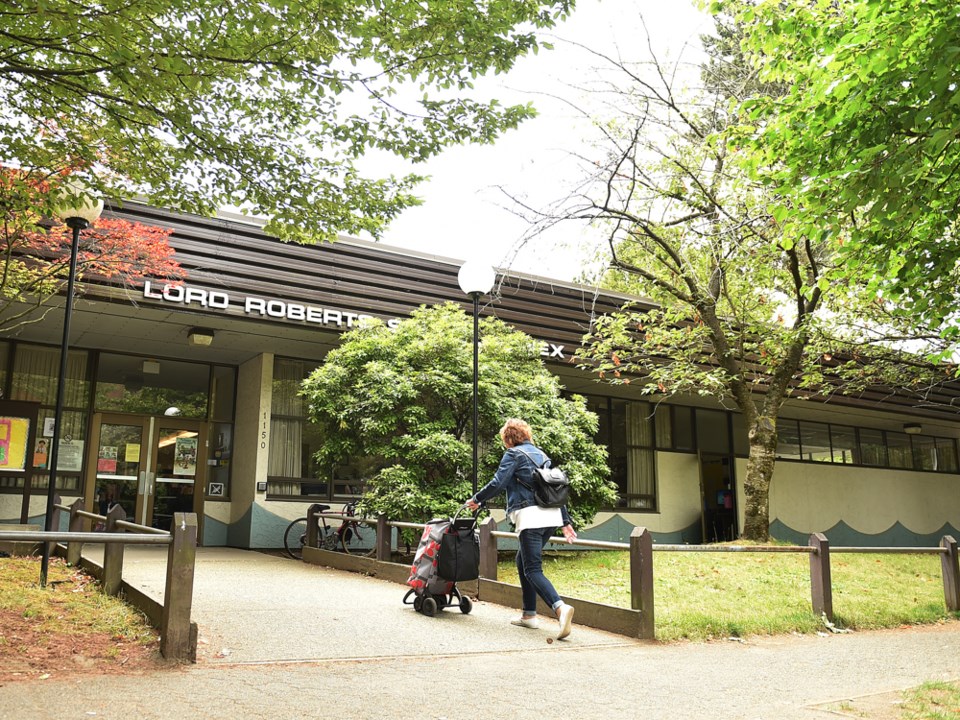 Students from Lord Roberts annex in Vancouver's West End will be moved to a new school in Coal Harbour if an agreement with BC Hydro goes through.Dan Toulgoet

The Vancouver School board voted Monday night to move forward with the sale of the land underneath Lord Roberts annex in the city’s West End to BC Hydro for a substation.

The deal will apparently get the district enough money to build a new school at Coal Harbour, as well as a replacement school at the Lord Roberts annex site.

The vote was 6-2, with all trustees except Carrie Bercic and Ken Clement voting in favour. Judy Zaichkowsky was absent, so did not vote.

Once the new school in Coal Harbour is built, by 2023, Lord Roberts students would move in, the annex would close and construction on the substation would begin. A replacement school would be built in one corner of the site — a corner that is not directly above the substation. This phase of the project would take five years, after which the Lord Roberts students would move back to the West End.

The proposal is subject to the board passing a bylaw to sell the land and the approval of Minister of Education Rob Fleming.

Fleming confirmed in an interview that Coal Harbour elementary has never been in the ministry’s 10-year capital plan and that the government’s first priority for VSB is seismic upgrades.

“Coal Harbour would be very nice to have but it is not a seismic project. It could be a fantastic project, given that the vision is to have childcare spaces and affordable family housing constructed by the City of Vancouver with the help of the province,” Fleming said.

Trustees in favour of the proposal spoke about the benefit of getting the money to build two new schools downtown. They were convinced by experts who said the electromagnetic field (EMF) levels would not increase in the school once the substation is built and there would be no negative health effects.

When it became apparent the proposal would pass, Bercic spoke vehemently, saying it is a provincial responsibility to build schools.

“Will we then be asked to sell Kingsgate (mall) to fund Olympic Village (school)?” Bercic asked. “This to me is just the start of us being told we will not get schools unless we sell off pieces of our lands. These are community assets that really should be there for future generations.”

At a public meeting last week, people expressed concern about the health effects of EMF.

Lord Nelson annex parent Heather Charlton said she would never send her child to a school built so close to a substation.

“I would move. I’m pretty left, but I would even consider private before this,” Charlton said.

Leanne Dospital, a parent at the main Lord Nelson elementary, said parents at her school want assurance that the money for the land will stay in the West End community.

“You have to appreciate the risks this community is taking just to have this deal with the devil,” Dospital said in an interview. “No one can say for certain that EMF is not going to impact us — we don’t know.”

BC Hydro experts at the meeting said the substation would not increase the EMF at either the school or the park because the station will be underground and the transmission lines will be deeply buried and shielded.

Vancouver Coastal Health’s chief medical health officer Patricia Daly’s office did an independent assessment of the proposal last year which found that it could be “accomplished in principle without significant negative public health impact.”

The World Health Organization has classified low frequency magnetic fields as a possible carcinogen, but Daly found that to be based on “weak evidence associating long-term exposure to power frequency magnetic fields with childhood leukemia” and said that “the current body of evidence … does not support a causal relationship for this and other chronic health impacts.”

The Coal Harbour school is proposed as a combined development with the city to include both market and subsidized housing and a childcare centre.

As far as how much money the VSB might get for the deal, no one is saying. The negotiations are private and the selling price will probably not become public for quite some time.

The district’s five-year capital plan lists the cost of the Coal Harbour elementary at $28 million and a new King George secondary at $44.6 million.

Approving this deal cannot have been an easy decision for trustees. I, for one, certainly hope the experts are right when they say that EMF will not increase at the site and that there will be no negative health impacts.