Letter: Cost of ending homelessness in Vancouver cheaper than keeping people on the streets 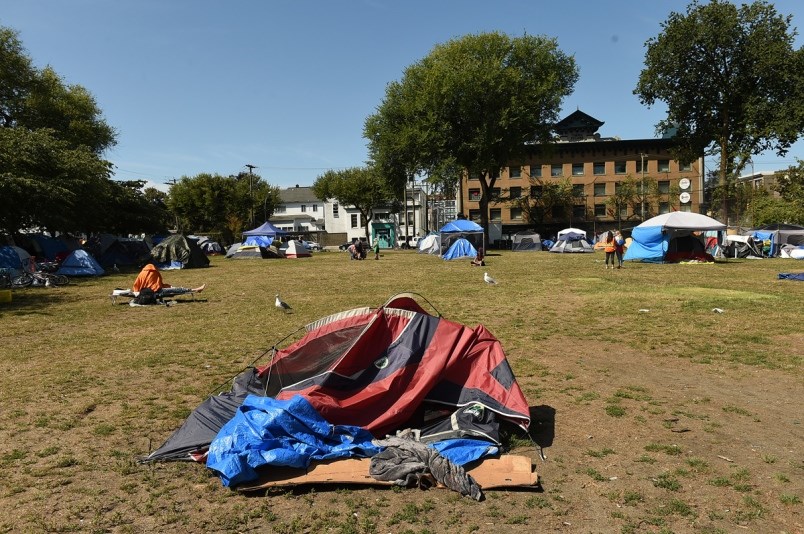 City councillor Jean Swanson says all three levels of government need to come together to make a plan that will end homelessness in Vancouver. Photo Dan Toulgoet

Michael Geller argues that a new strategy is needed to tackle living conditions in the DTES but then offers the same-old prescriptions that mostly benefit landlords and developers. Because it’s the most important topic facing our city, I thought I’d write down my thoughts about what is causing homelessness in the DTES and what we can do about it.

First of all, I need to say that it’s urgent that we end homelessness because people who are homeless have about half the life expectancy of housed people. Homelessness in Vancouver is a humanitarian crisis and, as the UN Rapporteur on Housing Leilani Farha reports, it’s a human rights violation. Secondly, I want to remind readers that we didn’t work on reducing or ending homelessness in the DTES in the 1970s because back then it was not nearly as bad a problem as it is now. I’d say less than one tenth as many people were homeless — proof that what I’m pushing for is possible.

In my opinion, there are four main reasons we have unprecedented levels of homelessness in the DTES.

As a result, we had the highest homeless count ever in Vancouver this year with more than 1,300 people homeless in the DTES and nearly 1,000 more over the rest of the city. Winter is coming, and we need to get those people in decent housing.

What would help in the short term? One thing governments could do, which they did back in 2014 when there was a tent city in Oppenheimer Park, is to buy or lease a motel. Not an SRO, but a real hotel or motel with washrooms in the units. This would be a fast way to get some people off the street by winter.

How can we keep from losing SRO hotels before we have provided adequate social housing for their residents? One way would be for the city to change its bylaw restricting types of conversions that are permitted to include the type of renovations that gentrifiers typically make after evicting their low-income tenants. It may be that provincial government approval is required for this. If the bylaw was changed, then the city could charge $125,000 for each unit a landlord wanted to gentrify. I’d guess that would probably stop a lot of evictions. For example, the 34-unit Arno Hotel on Georgia Street is for sale right now. It is being advertised as containing “micro-units” rather than SRO units, and the realtor is pushing the gentrified aspects of Chinatown to a potential buyer. If the owner had to pay $125,000 per unit to convert those “micro-units,” maybe low-income folks could continue to stay there.

Raising welfare shelter rates could help prevent people from losing their housing when they lose work, but to be effective it would have to be accompanied by strong rent controls that prevent rent increases between tenants (vacancy controls) and tough regulations to ensure proper maintenance. We don’t want slumlords raising rents that take up the shelter increase without putting the money into repair and maintenance.

Another idea that might work to hold onto the SROs a bit longer until we get some decent social housing would be to return the old federal Residential Rehabilitation Assistance Program (RRAP) that provided incentives to private landlords to upgrade their buildings PROVIDED that they agreed to rent control.

Because we need to act fast, we need to get as much modular housing as we can. Modular means that it’s made in a factory, not on site. The advantages of modular are that it is fast (think:  lives prolonged) and cheaper.  Modular housing doesn’t have to be temporary or ugly or tiny.  It can last 50 years if it’s built with a foundation. Last year, the province funded 2,000 modular units, but this year only 200 for the whole province. If Vancouver hadn’t lost so many SRO rooms to closure and gentrification, the 600 units of modular housing that we got last year would have made quite a dent in our homeless numbers. People who live in them seem to like them and neighbourhoods are accepting of them. Modular also needs to be built so that women and their children can live in them. They don’t all have to be supportive housing.  The province had a $1.5 billion surplus this year. It seems to me a good use for that would be to provide hundreds of units of modular housing in Vancouver.

In the long run, if we want to ensure that people who make less than about $75,000 a year have affordable places to live, we need to get governments to build thousands of units of beautiful, good quality non-market housing like Canada did when it built 30,000 units in 1972. Non-modular social housing takes about three to seven years to build, in my experience, so I think it’s important to start with modular to get people housed as quickly as possible. We can’t look to the private sector to provide the housing we need. Of course, the private sector builds what is most profitable. Governments have to take on the job of ensuring adequate affordable housing for all. Besides, non-market housing is cheaper than market housing because land is often already available, government can borrow money to finance housing projects at lower interest rates, and the bottom line doesn’t have to include a 15 to 20 per cent profit for the private developers.

It’s time to get all three levels of government together to make a plan that will end homelessness. We can do it. We can save the lives of the people who are dying too young without a home. All the studies say that in the long run it will be cheaper than keeping people on the street.