Re: “Hotel manager says street disorder on Hastings turning away tourists,” July 25. Boo hoo! So if the owners of the Patricia Hotel are looking for sympathy from the readers of this article, they are not going to get it from me.
Aug 5, 2019 6:00 AM By: Vancouver Courier Staff 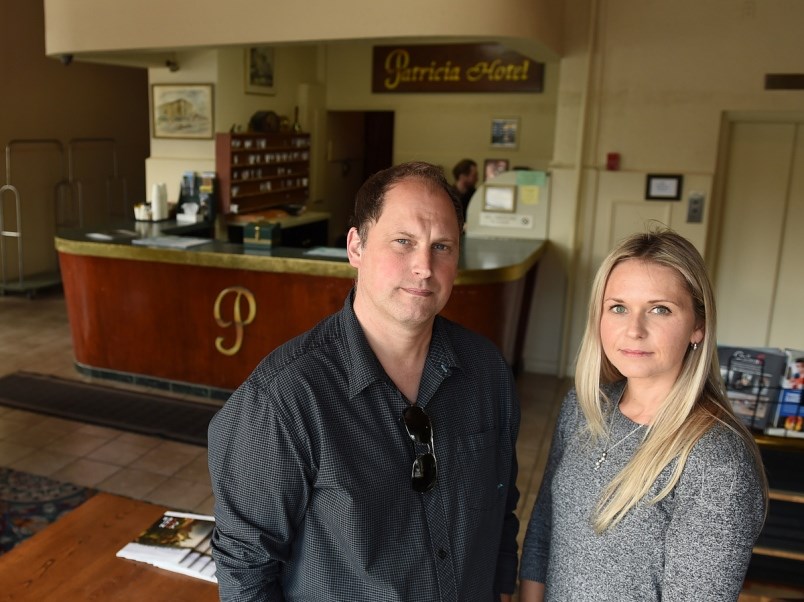 Letter writer A. Cameron says owners of budget hotels such as the Patricia have contributed more to the problems of Vancouver’s Downtown Eastside than residents of the neighbourhood. Photo Dan Toulgoet

Boo hoo! So if the owners of the Patricia Hotel are looking for sympathy from the readers of this article, they are not going to get it from me.

I don't know if they have a long history in Vancouver, but my family once did. My mom, aunt, uncle and grandparents emigrated to Vancouver from England in 1955, when Vancouver was considered a "provincial town" but still a "fun city."

Fast forward decades later, and my mom's boyfriend lived in the Patricia Hotel for decades, before he was “renovicted” in 1985 to make way for Expo 86. He was lucky to find affordable housing in the DTES, a couple of blocks over from the Patricia, and has lived there for more than 30 years. My mom worked for the City of Vancouver Health Department, during the heroin overdoses of the 1980s. Many of her clients also died of AIDS in local SROs. She worked there for 22 years, until she retired in the early 1990s. I lived in affordable housing in the DTES for eight years during that period while attending university. I met my husband there in 1993. Since then, we have lived in East Vancouver, Burnaby, East Vancouver, Burnaby and now we live "south of the Fraser" —the outermost edge of Metro Vancouver. I miss living in East Vancouver almost every day.

According to your story, the Patricia Hotel has been a "family run business" for the past 20 years. The DTES has been the DTES for as long as I can remember, ever since we used to go to see the Woodward's Christmas windows in the early 1960s, when I was a child. If the current owners of "the Pat," as it used to be known, didn't know what they were getting into when their family bought it 20 years ago, then I have no sympathy for them now. The fact of the matter is that they don't accurately represent "the DTES community" on their company website, where their hotel is located, to their customers. The majority of the pictures are from the inside of the renovated hotel; virtually none of the pictures really depict the "street life" that is going on outside. So, if they get poor reviews on Expedia or Booking.com, because they aren't being truthful to their clientele, then I have no sympathy for them now.

It is greedy self-centred people like them, who have turned what used to be sparse accommodation for people of modest means, into "tourist hotels/student hostels." The DTES residents who are living on the street and in the park haven't created this problem —the owners of these budget hotels have created this problem. Who needs a brew pub in the DTES anyway? Not the people who used to be my neighbours. Now, it's finally time for all people to stand up for their rights, and to demand more affordable housing, in the cities and towns in which they were born and raised.

As Leilani Farha, the UN Special Rapporteur for the Right to Housing, recently stated in the movie Push: "Housing is a human right." It’s for everyone, not just for visitors who can afford to pay from $120 to $219 for a budget hotel room in “Strathcona.” Give me a break. No wonder the basketball player from Toronto got robbed.