LETTER: My partner and I live in an RV in Vancouver

(Received in response to a Reddit thread linked to in a post by Vancouver is Awesome and a Global News article and video.) I am nearly 30 years old.
Feb 8, 2018 11:17 AM By: Anonymous 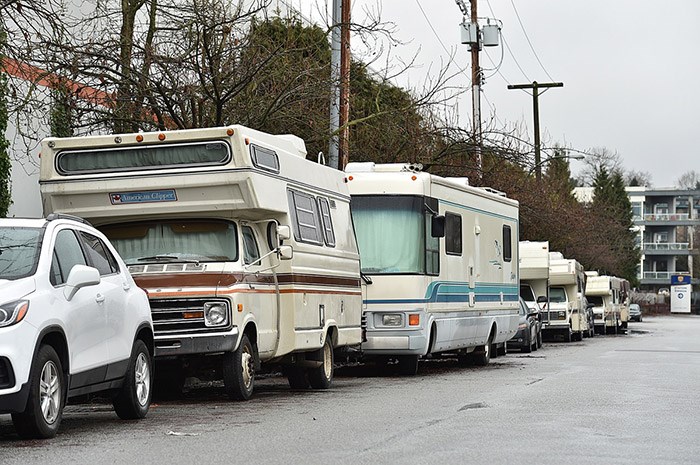 (Received in response to a Reddit thread linked to in a post by Vancouver is Awesome and a Global News article and video.)

And we live in an RV in Vancouver.

For us, it was both a voluntary and involuntary choice. Voluntary because after a string of horrendous landlords, our most recent one sold our house with no notice and then sent a family member to evict us in 30 days. We’d lived there for nearly 2 years, paid almost $50,000 in rent and had nothing to show for it. The involuntary part of the decision came into play when we couldn’t find an affordable, pet-friendly place to live and I refused to part with my dog.

SEE: No fixed address: More Vancouverites are opting to live in vehicles (VIDEO)

So, we bought the only RV we could afford, threw out 80% of our stuff and hit the road.

To say it’s been an adjustment would be an understatement. We’ve had to re-think our entire way of existing – from showering to waste management. We’ve had to make sacrifices, compromises and get very creative to make our life enjoyable while not drawing too much attention to ourselves. Travelling around the city has its perks – a different neighborhood and shops all the time – but it also has its draw backs. We almost always end up cleaning stray dog waste, litter and any other clutter from the areas we’re parked in as to not draw the inevitable blame of “look at the mess that RV made” and try to convey to the residents that we come in peace. (Seriously – we do!)

There’s been some recent media coverage around the RV livers of Vancouver painting them as messy nuisances (aren’t there always a few in any group?) and people who are doing it “just because they can.”

I’m here to say – that is 100% untrue. Some happily choose it as a lifestyle, maybe, but had there been an affordable place we could’ve taken our pup, we would’ve chosen that in a heartbeat. We’re simply trying to carry on with our lives, keep our jobs, and have a little fun where we can.

We aren’t here to ruin your views, fill your streets with garbage, or cause problems. We’re here to try and keep on livin’ – just like you.