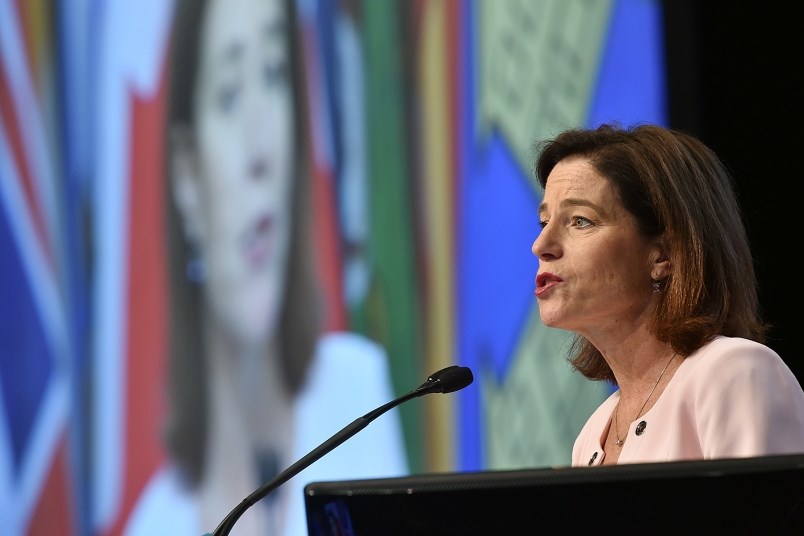 All these “show me the money” challenges by mayoral candidates, parties and backroom strategists is not something I thought (naively) would be the issue it has become in this civic election campaign.

The provincial government’s new campaign finance rules were supposed to fix that.

But, as we’ve seen, there’s more to be fixed, or at least clarified so everyone is perfectly clear how much they can spend, when they can spend it, who they can receive money from and when and why they have to disclose it.

Municipal Affairs Minister Selina Robinson has something to say about all this. I’ll get to her comments once I provide a summary of what has gone on this year in Vancouver’s civic campaign.

The story from Baker was the party was taking donations to keep its office open on Pender Street. In doing so, Baker pointed out, the party was abiding by the Local Elections Campaign Financing Act, as written by Robinson and the NDP.

At the time, the Act did not limit union or corporate donations or restrict the source of donations for a party’s expenses required to rent an office, pay for staff, insurance, supplies and other costs to keep an office running between elections.

Robinson reacted and amended the legislation to “ensure that union and corporate donations cannot be used to fund any expenses of elector organizations during the year of a general election.”

The minister said “this change will ensure that we have a level playing field for candidates by keeping the big money out of local elections.”

That was in April.

Last month, billboards popped up around town featuring the mug of Yes Vancouver mayoral candidate Hector Bremner. After weeks of mystery, the Globe and Mail learned it was developer Peter Wall who paid $85,000 for the billboards. Bremner claimed he didn’t know who paid for the billboards.

One of Bremner’s strategists, Mark Marissen, then took to Twitter shortly after this news broke to challenge independent mayoral candidate Kennedy Stewart. He wanted the former NDP MP to disclose how much money the Vancouver and District Labour Council was spending to promote Stewart and 26 other candidates for council, school board and park board.

What the labour council didn’t tweet—and what was reported by Dan Fumano at The Vancouver Sun—is that it is also paying the salaries of four union employees seconded to work on its campaign to get Stewart and the other candidates elected.

As I learned in my interview with VDLC president Stephen von Sychowski, two of the union employees belong to the Hospital Employees’ Union, one is from the Canadian Union of Public Employees and another from the United Food and Commercial Workers.

Two of them began work Sept. 4 and two others joined Sept. 24. Some of their work is also focused on getting Linda Buchanan elected mayor in the City of North Vancouver and candidates Angela Girard and Mack McCorkindale onto North Vancouver city council.

As von Sychowski understands it, all of the VDLC’s campaign work is within the rules. And whatever has to be disclosed, will be disclosed, he said.

“We’ve been working hard to make sure that we have a solid, clear understanding of the rules and it’s been challenging at times because they are brand new, and untested,” he said, noting he doesn’t anticipate the VDLC campaign will exceed the allowable $150,000 it can spend on advertising during the campaign period.

Here’s what Andrew Watson of Elections BC sent me via email when I asked him about all this.

The municipal affairs minister, meanwhile, sent me a statement regarding the Act and how it’s played out in this campaign. I’ve taken what I believe to be her most salient points and pasted them below.

This is the first election with both spending and contribution limits, and this gives us the opportunity to see where revisions might be needed after the elections are over.

Any specific incidents of concern regarding campaign financing or advertising rules are appropriately addressed to Elections BC; they have the jurisdiction to look into such matters and take necessary actions if there are contraventions of the rules.

We will be reviewing various other aspects of the 2018 general local elections, including experiences with contribution limit and expense limits, to determine what future changes are needed to provide a level playing field.

We will continue to work to make sure British Columbians get the fair elections they deserve, free of the influence of donors with deep pockets.”

Until then, that “level playing field” appears a little lopsided, as independent candidates have pointed out as they campaign without billboards, flyers or the extended help of unions and developers.

Update: Since I posted this, I was reminded via Twitter that city councillors George Affleck (NPA), Andrea Reimer (Vision Vancouver) and Adriane Carr (Green Party of Vancouver) wrote a letter to Robinson in November 2017. The letter outlined concerns with the new campaign finance rules, saying the biggest concern they had is the legislation "does not take into account political activity by outside third-party groups."

The letter points out "these groups will conduct campaign-style work that includes polling, voter identification and get-out-the-vote activities."

The hope from the three councillors was that the minister "will welcome amendments that will strengthen [the new rules], and make our local government elections fair for candidates and voters alike."