Lots of information gathering in federal budget, not much new cash 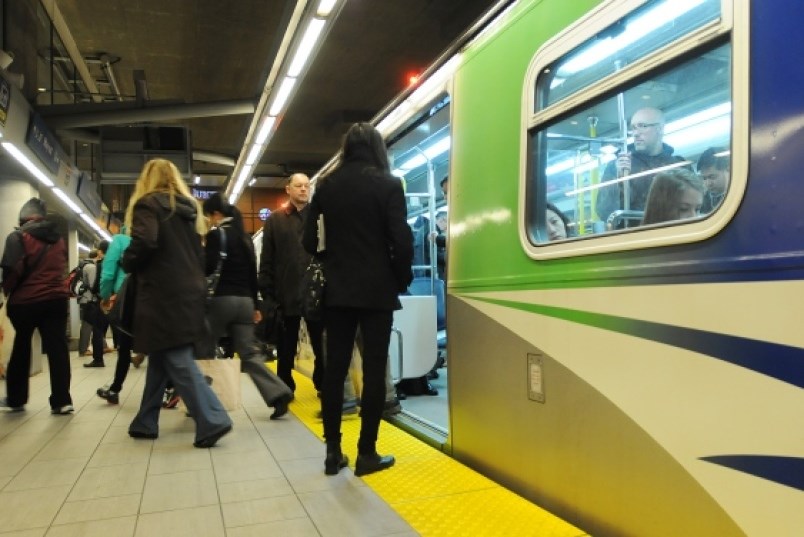 Although the federal government’s major infrastructure push, which included various transportation initiatives, was rolled out last year, there are a few more add-ons in Wednesday’s budget, and a few teasers about dream projects in the works, such as a Broadway subway to UBC. Photo Dan Toulgoet

There’s not much in the way of splashy new spending ideas in Wednesday’s federal budget, which is understandable given that the deficit is almost three times higher than what the federal Liberals promised before they took office.

A noticeable chunk of what new spending there is seems to be aimed at just collecting more information. The Trudeau government looks to be backing up and studying problems, rather than throwing money at them. It sounds reasonable enough, but it would be a lot more sensible if they’d done it in their first budget, not their second.

The federal government’s major move on affordable housing was made late last year with a multibillion-dollar long-range plan. It obviously hasn’t kicked in yet, and there is still a huge appetite in B.C. and elsewhere for more housing money.

The response? An 11-year commitment of $241 million to the Canada Mortgage and Housing Corp. to “improve data collection and analytics, expand housing research with partners, and demonstrate and test new design solutions to affordable housing challenges, including in actual housing projects.”

There’s also $39.9 million to Statistics Canada for a new “housing statistics framework,” a national database of all property deals in Canada, including the degree of foreign ownership. Difficult questions about housing affordability and foreign ownership couldn’t be answered in a timely, effective way.

“Gaps in research and data in these areas must be filled.”

Similarly, the major infrastructure push, which included various transportation initiatives, was rolled out last year. There are a few more add-ons in the budget, and a few teasers about dream projects in the works, such as a Broadway extension of SkyTrain in Vancouver.

But also noted was a $50-million plan over 11 years to launch a transportation-information system. It will enhance analysis of transportation and trade data. Another $16.4 million over five years is earmarked for studies of roads, bridges and rail lines to see if they can withstand disasters.

There’s one section in the budget documents on the need for more studies in general, called “Better Decisions through Better Data.”

It outlines a data-collection program with municipalities that will provide comparable information on infrastructure, and deliver data analytics to “promote fact-based dialogue between all orders of government.”

The off-putting Trump administration and its clumsy attempts to clamp down on its borders is widely expected to put a crimp in the U.S. tourism industry. Canada could be expected to benefit from that. But instead of a global tourism advertising blitz, Ottawa is maintaining the federal tourism budget and sending $13.6 million over five years to StatsCan to “broaden tourism data collection.”

On climate change, a new Canadian Centre for Climate Services is promised. It’s $73.5 million over five years that looks to be aimed mostly at collecting more data and making it more accessible.

The first-ever gender statement in the budget is an analysis of the ways in which the policies impact men and women in different ways. The general conclusion is that the issue needs more analysis and study.

Overall, the avid interest in collecting more information raises the question of what officials have been acting on to date. It’s hard to argue against promoting “fact-based dialogue.” It’s just incongruous for a government to discover the need for more data across so many fronts in 2017.