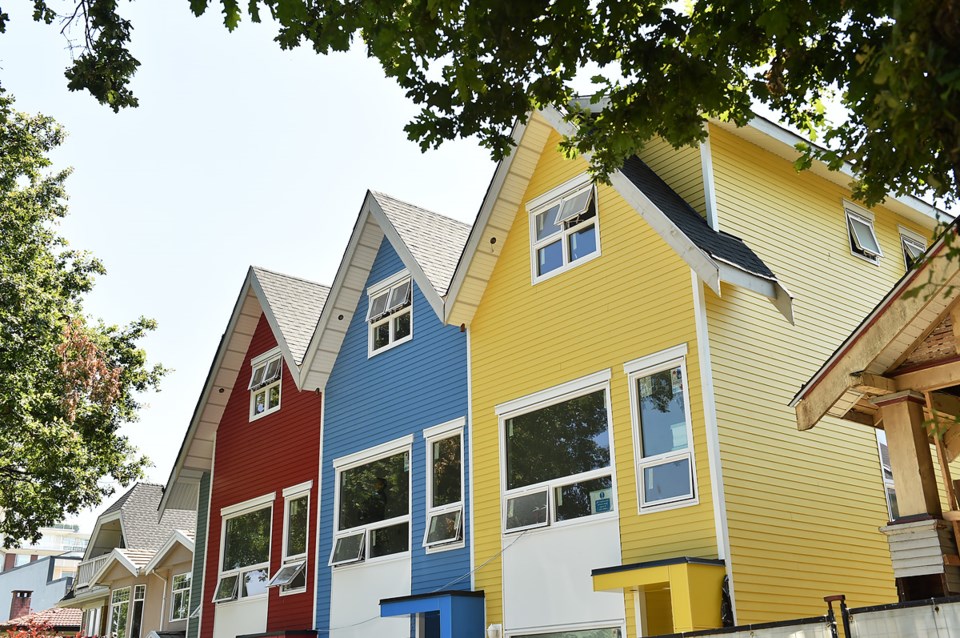 It’s déjà vu all over again.

I’m sure I wasn’t the only Vancouver architect and planner who thought of this when the City of Vancouver announced the “Making Room” program last week.

To quote from the city’s announcement: “The goal of the Making Room program is to provide more housing choice within neighbourhoods for families, downsizing seniors, and other households seeking housing that sits in the ‘missing middle’ between single-family homes and higher-density homes.

The Making Room program also represents a transition away from neighbourhood-by-neighbourhood planning to a comprehensive, city-wide approach.”

I applaud the city for proposing the Making Room program, especially since I have been advocating for more duplexes, townhouses, laneway houses and other forms of “gentle densification” within existing single-family zones since I arrived in Vancouver in 1974.

More importantly, anyone familiar with the Mayor’s Task Force on Housing Affordability, which Gregor Robertson co-chaired with Olga Illich in 2012, knows the city’s latest proposals are exactly what the mayor’s task force recommended six years ago.

While most Vancouverites should support these initiatives given today’s housing affordability crisis and the reality that many who previously opposed neighbourhood change are now seeking new housing choices, there no doubt remains some opposition to these sensible proposals.

Hopefully the looming Oct. 20 election, which could result in significant changes in council composition, will encourage the current council to finally approve the required zoning changes before leaving office.

Speaking of the election, I was disappointed to read this past week that long-serving councillor Raymond Louie, who I long expected to one day be Vancouver’s first Chinese-Canadian mayor, is not running again.

I have always had a lot of respect for Louie, and not just because he supported my proposals for zoning changes to allow modular laneway houses and lock-off suites in the city. He was always one of the most hard-working and knowledgeable members of council, and I have fond memories of campaigning with him at a Jewish community function early in the 2008 election campaign, even though we were running for different parties.

I wish him well, in whatever he chooses in the next stage of his career.

This brings me to two other candidates who have a chance to be Vancouver’s first Chinese-Canadian mayor.

Wai Young, a former Conservative member of parliament for Vancouver South, was initially considering a run for the NPA’s mayoral nomination before announcing she was running with a new organization called Coalition Vancouver. While she has considerable public and community service experience, she is not someone I will be supporting in the forthcoming election.

Ken Sim is a successful Vancouver entrepreneur who co-founded Nurse Next Door in 2001 and Rosemary Rocksalt in 2013. Born in Vancouver and attending Churchill and Magee secondary schools and UBC’s Sauder School of Business, he has strong ties within the city.

I have never met Sim but am told he is a smart and likeable individual. However, I no doubt soured our relationship when I criticized an email sent out by his campaign comparing him with the other two NPA mayoral candidates.

While the email mentioned “leadership, training and outcomes” in terms of business accomplishment, it made absolutely no mention of any of Sim’s public and community service.

This prompted me to write back to his campaign pointing out he was not seeking a position as a CEO. He was seeking to be my mayor. I thought he was demonstrating considerable chutzpah to think he should be mayor without at least acknowledging the importance of public and community service.

On June 21, I plan to attend the NPA gala dinner to hear Sim. Hopefully his remarks will demonstrate he now has a greater appreciation that running a city is not just like running a company.

If he does this, and soon starts to offer some well-reasoned proposals on how to improve housing affordability, he may well be Vancouver’s first Chinese-Canadian mayor. And hopefully a very good one.