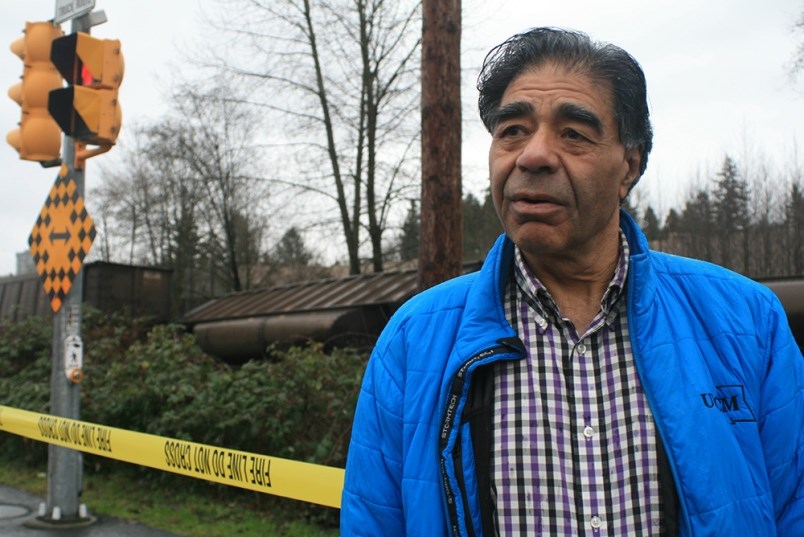 You probably missed it, but today your local elected officials agreed to top up the money they earn while sitting as directors on the Metro Vancouver board.

Which is hardly worth writing about, right?

Fact is I’m more interested in the “why” than the amount of cash.

The politicians will argue, as board chairperson Sav Dhaliwal did in a telephone conversation, that it’s not a pay increase, but a few bucks to make up for what they stand to lose under a new rule imposed by Canada Revenue Agency.

The financial hit, he noted, is up to 15 per cent.

“If the new legislation wouldn’t have come in, it would have been OK,” said Dhaliwal, a longtime Burnaby city councillor, who is also vice-chairperson of Metro’s finance committee.

“I’m sure the public knows what it means when people’s salaries or incomes are reduced by 15 per cent. So this just merely makes up for that 15 per cent.”

Asked how that top-up would sit with, for example, an employee at Starbucks who gets a 15 per cent pay cut—or any cut, for that matter—but cannot vote herself a top-up, Dhaliwal replied:

“I can see people make those arguments, but I don’t think they have the full background on the 15 per cent and how that makes a difference to [an elected official’s] take-home pay. This is a little bit different than us coming back saying we want to give ourselves a raise.”

Dhaliwal, by the way, earns $79,333 as chairperson of the Metro board. That’s in addition to his salary as a Burnaby councillor, which is more than $60,000 per year.

Linda Buchanan earns $39,666 per year as Metro’s vice-chairperson. Buchanan is the mayor of the City of North Vancouver, where her salary is $107,185 per year.

Now back to this 15 per cent loss…

A Metro staff report that went before the board today explained that $130,000 to $150,000 is required to offset the federal government’s elimination of the longstanding one-third tax exemption allowance for civic and provincial politicians.

Effective Jan. 1 of this year, all compensation is now taxed as full income.

The federal government justified the change saying the tax exemption, which was introduced under the Federal Income Tax Act in 1946, provided an advantage that other Canadians don’t enjoy.

An independent panel contracted by the Metro board concluded that “a one-time adjustment for the year 2019 was fair and reasonable given the reduction in compensation for this year due to [Canada Revenue Agency] changes to taxable income.”

The panel didn’t supply a breakdown of what each director will receive.

Dhaliwal said each amount will be determined by number of meetings attended by directors and what each politician’s role is at Metro, whether it be the board’s chairperson, a board committee chairperson or the Electoral Area A director.

But the “one-time adjustment” is said to be just that, with Metro’s Chief Administrative Officer Carol Mason explaining at today’s meeting that all municipalities will have adjusted their politicians’ salaries by next year to offset the CRA’s cutback.

The compensation at Metro is meant to reflect the pay in the region.

The topic of a pay increase for directors ignited controversy in March 2018 when the previous board approved a one-time 15 per cent increase to salary remuneration and meeting attendance fees.

The board also approved a retirement allowance based on the concern that directors don’t get pension or retirement funds.

A month after that decision, and facing a public backlash and criticism from some directors, the board voted not to go ahead with the increases and instead agreed that an independent panel examine compensation for directors.

The panel said the current model and formula to establish compensation for the board chairperson, vice-chairperson, board directors and committee chairs/members should not change.

But it was the panel’s conclusions that led to the board’s approval of the “one-time adjustment” to cover the 15 per cent loss. The board also doubled the Electoral A director’s salary from $11,503 to $24,000 per year.

The question of a retirement allowance remains and the panel successfully recommended that it be answered by the Union of B.C. municipalities. Until then, expect some politicians’ arguments about how they’re underpaid to continue.

Dhaliwal: “Local elected officials do not get compensated fairly.”

Not, he added, when you total up the hours worked, the responsibilities of the job, the policies introduced and—for some—giving up or pausing a more lucrative career to become a politician.

For the record, a Vancouver city councillor pulls in about $90,000 per year, not including money earned for acting or deputy mayor duties, or attending Metro meetings.