Delay has nothing to do with ongoing teacher negotiations, says ministry
Jun 10, 2019 1:47 PM By: Tracy Sherlock 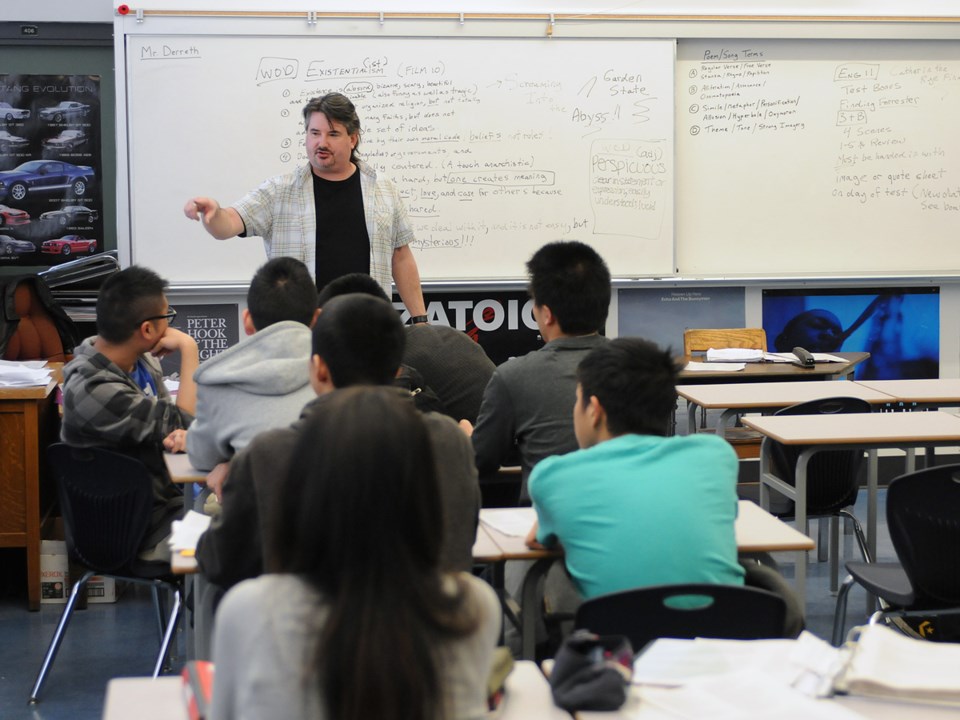 Statistics about class composition — the number of students with special needs in each class — are usually publicly released by B.C.’s Ministry of Education sometime during late winter or early spring.

But this year, school’s nearly out for summer, and the numbers are nowhere to be seen.

In 2015, the school year that began with a strike, results were delayed until April. In 2016, they were out in February. In 2017, the year after teachers won in Supreme Court, results were out in March. Last year, it was late April.

Here we are in June and still no results.

The Ministry of Education says they’re working on it.

“Class composition data covering more than 70,000 classes has become significantly more complex following the implementation of the [agreement] with the B.C. Teachers’ Federation and restored contract language,” the ministry said in a statement. “The Ministry is continuing to work to effectively organize and explain these complex data and will release this information as soon as possible.”

“I’m not sure why it would be more complicated. It’s just a recording of what the actuals are,” Hansman said in an interview. “[The delay] might indicate that things aren’t as rosy as what the government spokespeople are saying.”

Normally, class size and class composition numbers are released together, sometime around February or March.

In February of this year, the government did release class size numbers. They showed that despite the teachers’ newly restored contract provisions won back at the Supreme Court, actual class sizes increased marginally and the number of classes with more than 30 students also rose.

The number of classrooms supported by an education assistant — a trained support worker for students with special needs who is not a teacher — rose by 2,000, those stats showed.

The class composition numbers, which show how many classes have more than three students with special needs and how many have more than seven such students, are what’s missing and delayed.

This year, who knows.

Coincidentally — or not — teachers and the province are in the midst of contract negotiations hinging on class composition. As reported in my last column, the two sides are far apart on the crucial issues of class size, supports for students with special needs and the number of specialist teachers, like librarians and counsellors.

The Ministry of Education says there’s no relationship between the delay on the statistics and the contract negotiations.

“This work is not related to ongoing negotiations, rather to the complexity of analyzing the 60 different versions of restored contract language that have been implemented across school districts,” the ministry said in a statement.

There are no provincial rules about the number of special needs students that can be in any one class and about 20 of the province’s 60 districts do not have any rules.

School districts like Vancouver, which has robust contract language about class size and class composition, stand to lose out, while districts without any rules could come out ahead.

A controversial report released in December called for some of the funding for students with special needs to be allocated using a prevalence model — the expected number of students with special needs — rather than funding specific students. The money would be evenly spread throughout the province. Earlier this year, the government put the planned change on hold, pending more consultation.

“We’re keen to see that information [about class composition], because there are still a lot of gaps in services,” Hansman said.

If the government is intentionally holding back the class composition information, it should release it. If the numbers are simply delayed, every effort should be made to complete them as soon as possible. With everything at stake — children’s learning conditions, the teachers’ contract, the funding model — decisions must be made based on accurate, timely and complete information.