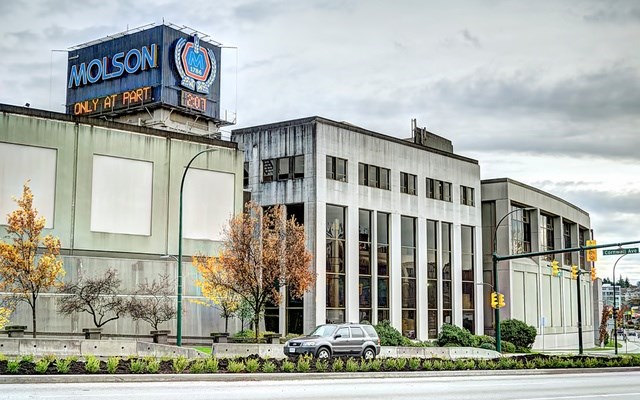 Allen Garr: Raymond Louie says, “Concord was premature in putting out its statement.” Vision councillor Geoff Meggs says of the Concord proposal “that is a big hill to climb and I am skeptical that council will climb that hill with them.” Photo Chung Chow

Money talks. But when it comes to plans for the Molson Coors brewery land, I wouldn’t bet that Gregor Robertson and the city’s Vision Vancouver council will listen. That is even though Terry Hui’s Concord Pacific, which picked up that three-hectare chunk at the south end of the Burrard Bridge, has been a major donor ($40,000 in 2014) to the Vision cause over the years.

This particular choice piece of industrial zoned real estate has been the subject of speculation for at least the past several months. Most recently the Province published a piece declaring that a “Chinese Syndicate” headed by Sun Commercial Real Estate was involved in a “crowd funding” scheme inviting overseas buyers onto what was going to be a residential project on the site.

Amidst comments from city officials that they knew nothing, that story faded. But rumours persisted about who the buyer was. And now we learned this week that it was Concord Pacific that picked up the property for $185 million. According to the Globe and Mail, Concord’s development vice-president Peter Webb said that while they have agreed to lease the property back to the brewery until a new facility is built, Concord will proceed with plans “to include a mixed-use residential neighborhood with a knowledge-based work center.”

For decades now, Vancouver and other municipalities in the region have been steadily munching away at their industrial land base to replace it with housing. By one estimate, half the industrial land the city had back in 1970 has since been released for other uses, primarily housing. And much of that has meant condos and townhouses.

That would include the Expo 86 land, also bought and developed by Concord Pacific, a development that dramatically changed the face of this city.

More recently the region has attempted to put the brakes on the conversion of industrial land through its Regional Growth Strategy, a strategy the city has signed on to. Industrial land is a precious commodity in a region that wants to create relatively high paying sustainable jobs within its boundaries.

So, changing the use of the Molson land along the lines envisioned by Concord at the moment would take more than a decision by Vancouver’s council. The whole region would have to be on side.

And as Vancouver Green Party councillor Adriane Carr noted on CBC Radio earlier this week, as she expressed surprise at Concord’s proposal, Vancouver has been one of the main drivers at the regional table defending both agricultural and industrial land with the Metro region.

So it is highly unlikely that metro politicians would go along with any plans to cut this piece of land out of the industrial land inventory.

It is also highly unlikely that Concord’s proposal will even get past city hall. Earlier this week, the mayor’s office was on the phone with Terry Hui trying to understand just what he had in mind. Vision councillor Raymond Louie says, “Concord was premature in putting out its statement.”  Vision councillor Geoff Meggs says of the Concord proposal “that is a big hill to climb and I am skeptical that council will climb that hill with them.”

But what councillors do say is that there is a re-think going on both at the city and region wide about just what “industrial use” of land means particularly in this digital age.

They know that Terry Hui has major investments in high-tech companies. They also know that it is not in Vancouver’s job-creation interests to limit the term “industrial” to milling wood, making steel chain and producing cement.

The city has already rezoned areas to create high-tech zones. These are areas where companies can set up to manufacture software and other “green job hubs.”

That kind of evolution in industrial land use is, however, a long way from “a mixed use residential neighborhood” that Concord announced for the Molson property this week.

As one senior city staffer said, nothing will happen from the city’s point of view in this term. Terry Hui is in this for the “long game” and he may very well at some point in the future just decide to flip the property, take his profit for what is still in this city a rare asset and move on.