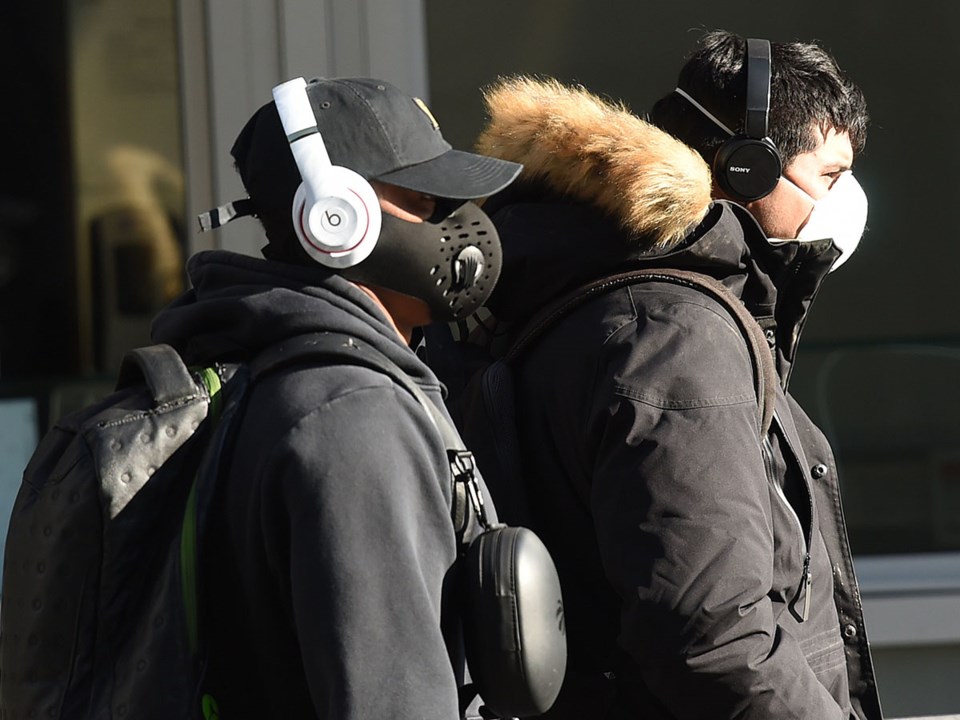 We are buried in bad news these days.

The COVID-19 wave continues to roll over the city and province, washing out much of what we have come to appreciate and take for granted in a functioning society.

Your existence on Earth being number one.

Number two would be earning a living to buy food and pay for rent or a mortgage.

All of this threatening reality has unfortunately but necessarily fed news coverage, as have stories about exhausted health care workers, shuttered businesses and a freefalling economy.

So much news, so much of it dire.

The escalation in the number of people who have tested positive for the novel coronavirus has become a bit of a macabre scoreboard-watching exercise.

Which is horrible to say considering these are people we’re talking about, many of them elderly and defenceless against a deadly virus that lives in at least 13 B.C. care homes, including several in Vancouver.

Understanding the trajectory we’re on, and tracking the velocity of the virus, is obviously important information to gather so we know the level of calamity ahead.

But there is some good news to report.

As we heard Monday from Provincial Health Officer Dr. Bonnie Henry, 469 of the 970 people who contracted COVID-19 since the outbreak in January have recovered.

Henry pointed out the recovery rate represents 48 per cent of total cases, and noted more than 70 people who were in hospital — some in intensive care — were among those who successfully combatted the virus.

“That’s really a testament to the importance of being in hospital at the right time, being ventilated at the right time — if they need it — and recovering from this,” Henry told reporters during a dial-in news conference from Victoria.

“That’s an incredibly important thing for us to remember. My hands go up to all of the care teams in our hospitals who are looking after these people.”

Henry didn’t mention him by name, but among those who did recover was a 99-year-old West Vancouver man living at the Hollyburn House retirement home.

The CBC’s Andrea Ross brought us this inspiring story. The photograph of a smiling Reuben Huva giving a thumbs-up is awesome, particularly when so many grandparents across the country have succumbed to the virus.

Where the good news doesn’t get as good is in the mounting number of people hospitalized, which is now at 106, with 60 people in intensive care.

The rest of the people with the virus are in isolation at home, which is important to note, especially when we see the images of over-run hospitals in New York City and Italy.

Like everyone else covering and following the news, it’s been astonishing to hear what we’ve heard this month from Henry and Health Minister Adrian Dix about how our city and province has changed, and is preparing for change.

We heard Dix say Monday at the same news conference that the Vancouver Trade and Convention Centre is being set up as a 271-bed “off-site treatment centre.”

Never in my lifetime would I have thought I’d write that sentence.

But then I wasn't expecting to write about states of emergency, the widespread closure of businesses and having pharmacies deliver prescription medications to drug users.

Yet here we are.

Dix clarified the centre would only be used if it was required, noting “lower acuity or less ill” patients at hospitals would be moved there to free up space for COVID-19 patients in hospitals.

But he said a couple of times during the news conference that recent moves by government such as cancelling elective surgeries have freed up 4,233 hospital beds in B.C.

“With 4,000-plus empty beds, we’re not moving anyone there soon,” the minister said.

Whether there will be good news in the days and weeks ahead is up to every British Columbian, said Henry, who used part of her time at the microphone to again rally citizens.

It’s a critical time, she said, and the next few weeks of adhering to physical distancing and other measures will determine whether hospitals see “a trickle” of new cases or “dramatic increases.”

“We are not through the storm yet,” she said.

“We have not yet reached our peak. We have more people every day who are in hospital, and in our intensive care units. So we need to do all we can across government, across our health system and in our community. Every person needs to do their bit.”