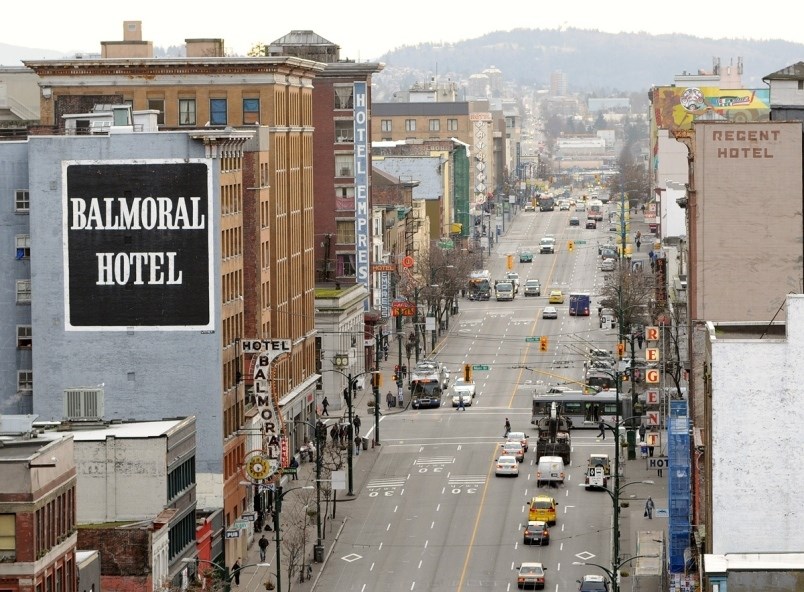 While we need to build more social housing in Vancouver’s Downtown Eastside and elsewhere around the region, we also need to focus much more on the existing housing stock, says Michael Geller. File photo Dan Toulgoet

In 1973, Bill Teron, the newly appointed president of the Canadian Mortgage and Housing Corporation wandered into the office where I worked.

“How many new homes were built in Canada last year?” he asked. The answer was approximately 250,000.

He then asked, “How many dwellings are there in Canada?”

While the population was 22.5 million, none of us knew.

“Well, it is about eight million,” he responded, adding that the government focused much attention on new housing but very little on the existing housing stock.

That year, CMHC introduced the Residential Rehabilitation Assistance Program or RRAP. It provided financial assistance to homeowners to upgrade homes. In later years, landlords could receive benefits. too.

Having just returned from Ottawa, I was thinking about Teron’s remarks within the context of the Downtown Eastside.

My first exposure to the DTES was in 1974 following an appointment as CMHC’s assistant architect for B.C.

At the time, CMHC would only finance “self-contained” apartments containing a bathroom and kitchen. However, witnessing the decrepit condition of many single-room occupancy buildings (SROs), then-assistant regional director Keith Tapping convinced management to renovate some buildings.

While a renovated SRO room did not compare with a new, self-contained apartment, many rooms could be upgraded for the cost of one apartment.

Sadly, over the years, SRO buildings continued to deteriorate. In 2007, the province purchased 24 hotels in the DTES and surrounding areas as social housing, and upgrades were carried out.

In 2008, I began to volunteer in the Downtown Eastside with a community organization started by the late Milton Wong and a small group of dedicated individuals.

I was shocked when told at the time by housing activist and current city councillor Jean Swanson that the shelter component of welfare was only $325/month and hadn’t been increased for years. Since it was virtually impossible to own and operate decent housing for $325 per month, I suggested that Swanson and I write a joint op-ed in the Vancouver Sun urging the government to increase this amount.

After all, who could ignore a plea from such strange bedfellows?

A first draft was prepared, but Swanson subsequently nixed the idea since as her colleague Wendy Pedersen put it, any increase “would just be putting more money into the landlords’ pockets.”

While this was exactly what was required, the $325 allowance remained in effect until it was increased to $375. Many SROs became increasingly uninhabitable.

While the city has the power to conduct repairs in privately owned SROs and bill the owner if maintenance orders aren’t followed, the city doesn’t typically take that route, preferring instead to use the courts and other enforcement strategies to hold owners accountable.

One reason is the Columbia Hotel.

Many years ago, the living conditions in this SRO were so bad the city did go in and repair and billed the owner. Unfortunately, the owner claimed the city spent too much on repairs and took it to court… and won.

A fire at the Pandora Hotel in 2010 led the city to step up enforcement of regulations and inspections, particularly at the 10 highest risk buildings.

In 2011, B.C. Housing announced the SRO Renewal Initiative project to upgrade 13 of the 24 SROs it had purchased and previously renovated to varying degrees.

A fixed-price contract was agreed upon with a consortium to design, build, partially finance and maintain the buildings for 18 years at a capital cost of $143.3 million.

However, many privately owned SROs continue to deteriorate. Their condition is often despicable.

While we need to build more social housing in the DTES and elsewhere around the region, as Teron said, we also need to focus much more on the existing housing stock.

The reality is no one can be expected to own and maintain decent accommodation, even a room with a shared bathroom, for $375 a month. A new strategy is needed to address the poor living conditions in privately owned buildings.

When I first proposed modular housing as a solution to homelessness in the DTES, Swanson was strongly opposed. Now she has become an advocate.

I therefore urge her to join me in seeking a significant increase in the shelter component of welfare. This could be far more cost effective than asking governments buy and renovate the remaining properties or building new structures.

You just need to examine the costs to date.