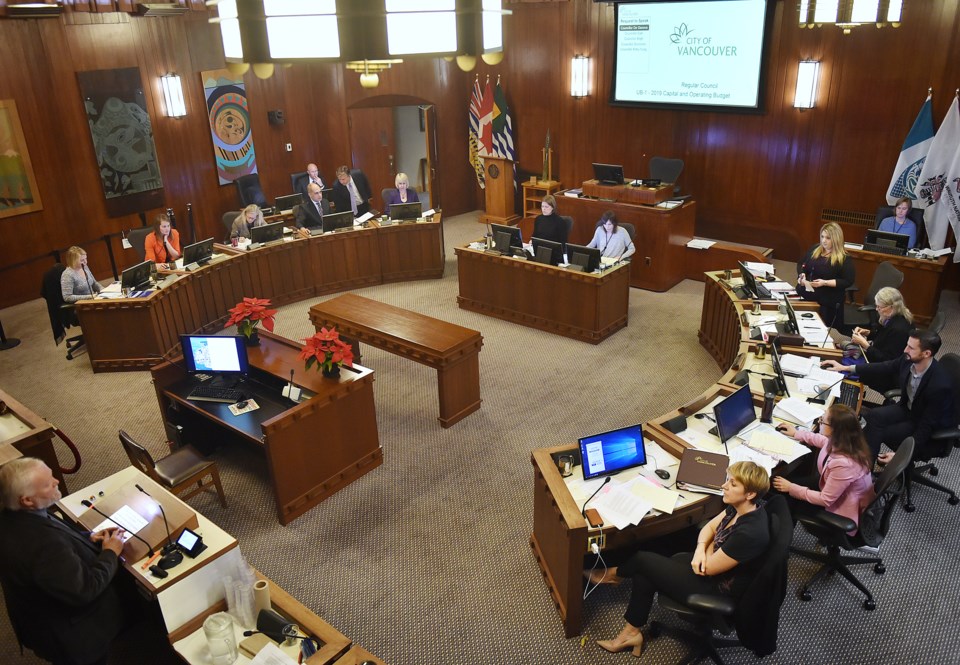 Columnist Kirk LaPointe says there appears to be neither desire nor know-how to build prosperity in Vancouver. File photo Dan Toulgoet

It is time in 2020 for city council to walk and chew gum at the same time.

Fine as it is to be claiming to tackle the behemoth crises in housing, climate change and opioid use — and these are council conceits, to be clear — there appears to be neither desire nor know-how to build prosperity in the city. This makes us more likely to deepen our plight as a trophy for the wealthy, without substantial upward mobility for the middle class, not to mention greater options for those struggling with unaffordability.

The strategy of the council, as it was in previous councils in the last decade, breeds a cynicism akin to: we’ll leave the job of creating conditions and championing growth to others, and we’ll happily spend what comes of it on our pet projects.

This is not the case in most other cities.

It takes little research to find that across North America, local government leadership is attracting investment, providing opportunity and nurturing an environment of economic development. When was the last time anyone in civic politics here talked about building the economy and not siphoning it?

The enfeebled Vancouver Economic Commissionhas become a creature of city staff under little-noticed recent governance changes, and its output is a miasma of virtue signals unhelpful to any economic traction. Unless I’ve missed it on the roster, the city doesn’t even employ an economist at a senior level. The leadership upon which it depends — ahem, upon which we depend — is bereft of experience in running a serious-sized business. Our income-to-housing-expense gap is widening as our per-capita GDP is weakening relative to other Canadian cities. Capital investment is wanting across the country and Vancouver — despite Amazon’s gobbling of a downtown block — is no exception. Indeed, we compete with surrounding cities because we can’t find common cause in an amalgamated approach to enticing business.

At least other places have a plan.

Toronto, for instance, has a mayor who views attracting business as his priority. Ours emailed a bizarre Boxing Day bid encouraging us to donate to his 2022 re-election campaign instead of spending money shopping locally.

The seven per cent property tax increase this year has no relationship to prosperity. Its allocations largely play through.

The municipal administration seems politically embarrassed by the presence of its largest employer and wealth generator, the Vancouver Port Authority, and you can’t find a photograph of this or the previous mayor with the authority’s CEO. On the other hand, the then-MP, soon-to-be-mayor’s photo opportunity/arrest protesting the pipeline was quite the statement on economic choices.

Compare this — and it grieves me to compare us this way — to Toronto’s strategy. Ours is cloaked in buzzwords; theirs has specific sectors and industry clusters that it wants to stimulate and support. It wants to help at the right time and let go when it’s wise. It is, in other words, a plan of priorities and desired outcomes, not an ethereal blend of aspirational moods. Even though there have been middling reports in the interim, the last seeming Vancouver economic action strategy with the mayor’s fingerprints on it dates back to 2011. It talked about a “healthy climate for growth and prosperity,” which would be laughable if it weren’t so cruel to small businesses now reeling and seething and a community whose transit system hasn’t kept pace.

It is true that we can’t just stimulate business ultra-benevolently. We don’t want to pour funds into sinkholes or a disappearing act. We need to examine how tax dollars are spent, an element obviously absent from the diversionary foofaraw in recent weeks over whether taxes needed to rise nine per cent, eight per cent, seven per cent or six per cent.

But it is also true that, while council has approved an $18 million city plan to determine how to best develop what remains of an opportunity to fix housing, it should also be convening an exercise to bring more investment here so people can afford what will be built.

We will continue to decamp under these leaderless conditions, the housing windfall our city tells us to expect will be a whispering breeze, and the city’s regulatory hand will sustain its vice grip. This is no future to behold.

Kirk LaPointe is editor-in-chief of Business in Vancouverand vice-president, editorial, at Glacier Media.