Opinion: Mayor Gregor Robertson needs to live up to promise to listen

The value of open government is by now self-evident. Governments usually dismiss complaints about their secrecy as being the media’s “inside baseball” talk, but nothing could be further from the truth.
Nov 18, 2014 11:54 AM By: Stanley Tromp 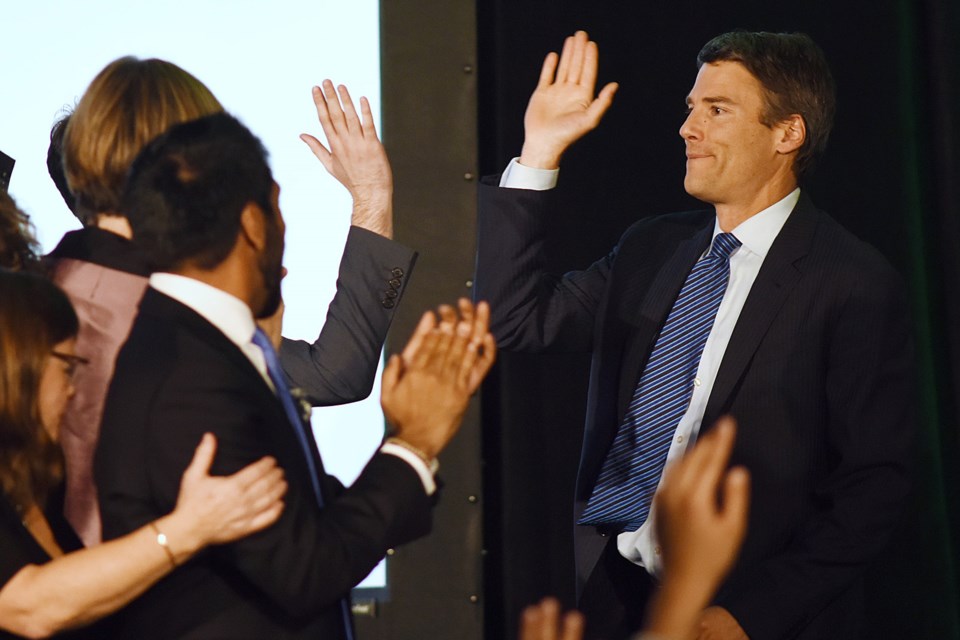 Gregor Robertson walks to the podium for his victory speech on election night. Photo Dan Toulgoet

The value of open government is by now self-evident. Governments usually dismiss complaints about their secrecy as being the media’s “inside baseball” talk, but nothing could be further from the truth. Journalists work to bring you news of health and safety risks, environmental harm, public sector wrongdoing, and the waste of your tax dollars. For this, the public needs all the facts. Information is also essential for democracy, for without it citizens cannot properly participate.

Yet since Mayor Gregor Robertson took office, getting this information has become far more difficult. In 2010, city manager Penny Ballem brought in a new policy, one that forbade city staffers to speak directly to journalists and filtering all media questions through the “corporate communications” branch. As in Stephen Harper’s Ottawa, even the most banal details are strained through a politicizing filter, as though governing in eternal campaign mode. Last year the gag order went a debasing step further, when for a public relations staffer insisted on monitoring the Courier’s interview with city planner Matt Shillito by speakerphone. (This week the branch said such monitoring “is only at the request of the city staff member being interviewed.”)

The city’s PR branch grew to 22 staffers and its budget tripled from 2006 to 2014 for $1.94 million per year. Newspapers Canada gave the city a “C” grade overall for freedom of information request handling in its annual national audit of public bodies, and an “F” for slow responses. I was compelled to use FOI to see line items for the mayor’s private “discretionary fund,” while reporter Bob Mackin had to appeal to the B.C. information commissioner to order the city to reveal details of contract bids. Both records should have been published freely.

Open government moved to a higher profile in this civic election. At debates, other candidates repeatedly slammed Vision’s bloated PR branch and opaqueness on its neighbourhood development plans, to hearty audience applause. Meena Wong, mayoral candidate for COPE, said the policy reminded her of growing up in communist China and that such PR spending was wasteful and should have gone to hungry local children.

Kirk LaPointe, the NPA’s mayoral candidate, placed openness at the top of his platform, saying he would create “Canada¹s most open government,” and “this is the policy hill I will die on.” (How well his pledge would have been fulfilled will remain unknown.)

Before the vote, I sent each party a survey with seven questions on open government. Vision Vancouver was by far the vaguest on specific queries. For example, on FOI request delays, it said only that the party “will work to continue making Vancouver a leader in open data, and online engagement.”

When asked: “Will you maintain or cut this PR budget and staff level, and by exactly how much money and how many people?,” COPE was the most specific, pledging to cut the PR staff and budget in half. All the other parties pledged to end the Ballem media-gag policy.

After the vote, Vision supporters may say that Robertson’s re-election was a public endorsement of the information status quo. LaPointe says that, on the contrary, the fact his party made FOI its number one topic and ended up in a tight race with Vision was a clear sign of public discontent.

LaPointe and Wong told the Courier they doubted anything would improve, yet Green Party Coun. Adriane Carr is hopeful. “As an eternal optimist, I expect that transparency will get better,” she said, adding she hopes for more openness especially on operating budget details.

There were two more hopeful signs: All parties voluntarily revealed their election funding sources before Nov. 15, and Vision spokesperson Marcella Munro said her party is “open to the idea of a lobbyist registry.”

Governmental secrecy leads to perennial conflict with the media and mistrust from the public, who should never forget that the main goal of most PR branches is not to inform but to influence. The way forward is clear: open the city books on all budget line items, contract bids and neighbourhood plans, speed up the FOI process, place more council meeting topics in open session, restore the pre-2010 media-to-staff access policy, stop monitoring staff interviews, and start a lobbyist registry.

Vancouver has spoken out for open government. In Mayor Robertson’s desperate “general apology” to voters on CBC radio a few days before the vote (a move which might have won him the election), he pledged to “listen” more to the people and “do better.” Now is his chance to demonstrate that promise.