Vancouver teachers shocked to learn 80 per cent of students with autism spectrum disorder and learning disabilities will no longer count for class composition
Dec 9, 2019 10:02 AM By: Tracy Sherlock 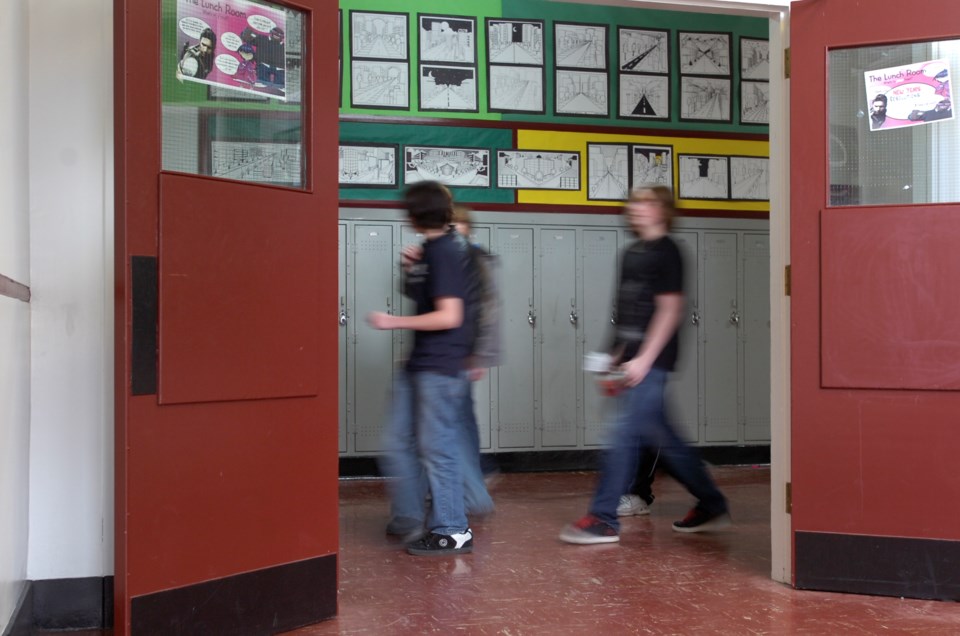 Rules concerning how classes are organized in regards to the number students with special needs are pivotal to teacher contract negotiations. File photo Dan Toulgoet

It’s a big deal, because one-third of B.C.’s children are not ready when they arrive for the first day of kindergarten, the latest findings by the University of British Columbia’s Human Early Learning Partnership (HELP) show.

In Vancouver, the numbers are slightly higher — 36 per cent of children arrive at school not ready to learn.

Children in some neighbourhoods fare better than others. The rate of vulnerability among children is 52 per cent in Strathcona, but only 10 per cent in West Point Grey. More than 40 per cent of children are vulnerable across the entire south side of Vancouver, from Kerrisdale to Victoria-Fraserview.

“The social and economic costs of not addressing vulnerability in the early years is immense in every sector from health, to education, to child welfare and employment, and later the criminal justice system,” HELP’s report says.

HELP says recent provincial and federal initiatives, such as universal childcare, B.C.’s new poverty reduction plan and the federal Canada Child Benefit, are encouraging, but they have not yet improved children’s readiness for kindergarten.

Those initiatives are promising and show the good intention of both the provincial and federal government in giving children the best possible start in life.

That’s why it’s surprising to hear of reluctance to provide the best of another type of support for kids — the support they get once they are in school, especially if they are a student with special needs.

Two recent examples — a change to the way students with special needs are counted for class composition and the stalled teacher contract negotiations — show that all is not rosy.

Jill Barclay, president of Vancouver Elementary School Teachers’ Association, said teachers were shocked to learn that about 80 per cent of Vancouver students with autism spectrum disorder and learning disabilities will no longer count for class composition, after an arbitrator’s ruling this summer and a subsequent audit of student files.

The VSB said in an emailed statement that students will still receive the necessary services and support as determined by their special needs designation. The VSB said it could not get into specifics because the matter is the subject of a grievance, instead referring questions to the B.C. Public Schools Employers’ Association, the bargaining agent for the employers’ side in the teachers’ contract.

Students won’t lose their designations or any services; however, they will no longer count in terms of how classes are organized in Vancouver, where the rules say if a classroom has more than two students with special needs, the class size must be reduced.

Those same rules are pivotal to teacher contract negotiations.

Last month, teachers rejected mediator David Schaub’s recommendation of a two per cent wage increase in each of the next three years with a rollover of the rest of the contract, including class size, class composition and specialist teacher ratios, where they exist. Those rules were restored in 2016 by the Supreme Court of Canada, but they are not universal across B.C.

Earlier this year, the two sides were far apart on negotiating those rules, with teachers wanting the entire province to level up and the employer wanting districts with strong language to concede so that others could gain.

After 58 days of bargaining and 16 days of mediation, only three issues were resolved, Schaub wrote in his report, released last month.

Simply rolling over the class size and composition rules isn’t a long-term solution and is inequitable across the province. However, finding a workable solution may be too big for this one round of negotiations.

Looking forward, it’s in everyone’s interest for the teachers and their employer to find a way to reach a negotiated deal. If it takes them a bit longer — really, even if it takes a lot longer — the benefits of a more positive bargaining relationship would be worth the wait.

We can only hope it will be a negotiated deal that makes life better for all vulnerable children, including those who aren’t ready when they start school and those who live with special needs.