This weekend’s snowpocalypse may have been brief, but it perfectly illustrated the four levels of snow rage unique to Vancouver when faced with the inconvenience of inclement weather.
Feb 26, 2018 12:13 PM By: Kudos And Kvetches 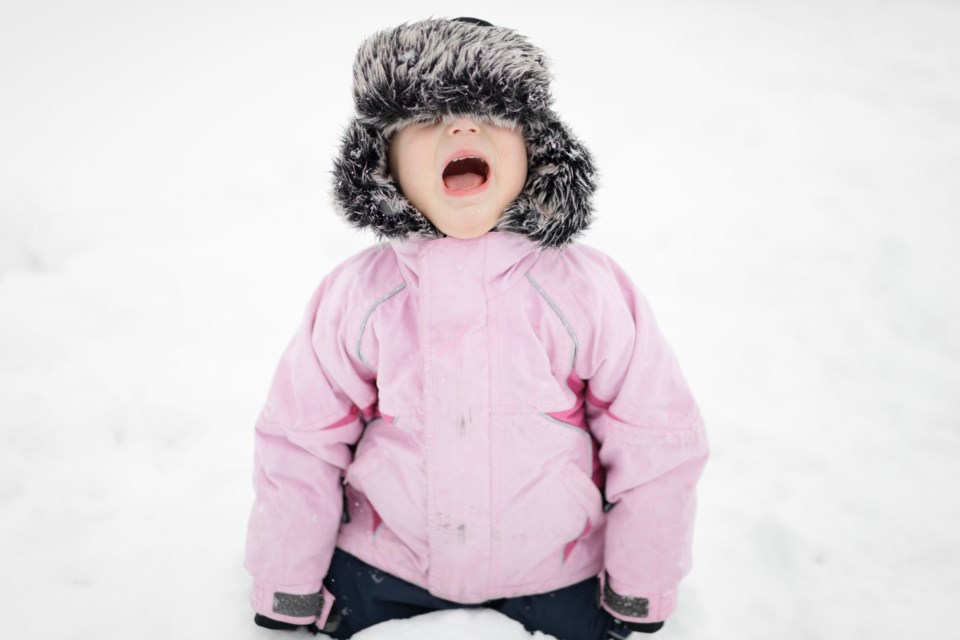 This weekend’s snowpocalypse may have been brief, but it perfectly illustrated the four levels of snow rage unique to Vancouver when faced with the inconvenience of inclement weather.

Sure, snow is great for making everything look pristine and fluffy for about an hour, and we get to wear cool looking parkas and toques, but once it slows down traffic, delays SkyTrains and crams buses with soggy people, snow is supremely lame. Lamer than the clouds we routinely shout at and the march of time we so desperately want to stop. Heck, we might even express how lame snow is on Facebook or try to tweet shame TransLink for not having enough busses or failing to equip their SkyTrains with wicked snow plows or snow-melting lasers. That would be sweet.

Like chum to a shark-infested pool, photos of plowed bike lanes alongside unplowed city streets stir up an internet feeding frenzy of breath-taking ferocity. The nerve! The indignity!

Not a joke! Snow is cleared from bike lanes before streets, thanks to #VisionVancouver .Roads are used by ambulances,police cars,fire trucks,transit buses and cars. How many bikes road this lane today? October can’t come soon enough #vanpoli #visionfail https://t.co/KyCXrm5WrJ

Sure, you can find plenty of examples of plowed streets alongside unplowed bike lanes, and driving a car in the snow is a lot easier than riding bike.

I can take random and misleading pictures too! pic.twitter.com/JYJMfxXsID

But don’t let level-headedness and patience calm the storm blustering inside of you, especially if it's telling you that you have been wronged by the city, inept government or the deep state, and not Mother Nature. Bonus points for using the term “Mayor Moonbeam.” It really signals you see the bigger picture, one where the mayor makes a call on his secret phone from his mountain lair, “Yes, you heard me correctly. Plow the bike lanes. All of them. And make sure you don’t touch any of those streets used by four-wheeled climate killers.”

Like getting purified by the waters of Lake Minnetonka, let the snow-melting rain and sunshine wash over you. Snow? What snow? Plowed bike lanes? I don’t know what you’re talking about. Take a look at these cherry blossoms and crocuses. Man, Vancouver is the best. Isn’t this a gorgeous lunch I’m eating from a restaurant’s outdoor patio? Thanks for asking — it’s kelp-encrusted Korean-fried chicken with beet root coulis and whalebone marrow gravy. #blessed #nofilter