Plans to drastically change how schools are funded in B.C. put on hold

Ministry of Education says it will consult with teachers and parents
Dec 19, 2018 4:17 PM By: Tracy Sherlock 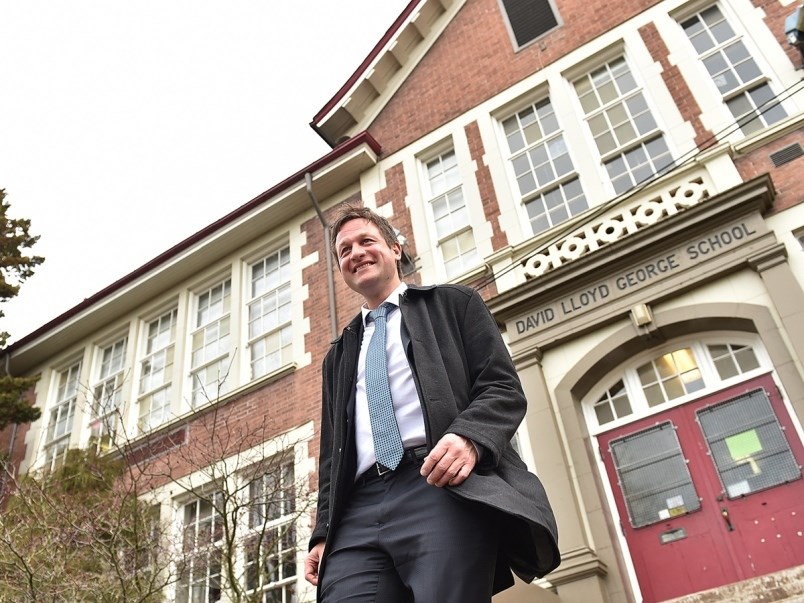 Education Minister Rob Fleming: “Given the scope of the recommendations, we now need to work with our partners to better understand the benefits for students, parents, educators and school districts. It's critical we get this right for our kids." Photo Dan Toulgoet

B.C.’s Ministry of Education has pulled back plans to change how schools are funded in the province for at least another year and says it will now consult with teachers and parents about how best to proceed.

Education funding to school districts is now $5.7 billion a year. A long-awaited and controversial report into how this money is allocated was released this week, and changes were expected for the next school year.

But with the release of the report, Education Minister Rob Fleming announced that instead of making changes right away, working groups will be formed to determine the way forward.

“Given the scope of the recommendations, we now need to work with our partners to better understand the benefits for students, parents, educators and school districts,” Fleming said. “It's critical we get this right for our kids."

It calls for some of the funding for students with special needs to be allocated using a prevalence-based model that relies on medical and socio-economic data to determine how many students with any particular need should be expected within a given population. Funding would then be automatic, but not targeted based on any specific student.

The report recommends that the so-called prevalence funding component would include health factors, children in care, income and earnings and language development. Those are very broad and general terms.

Another component of the funding would be for students with medical diagnoses.

When asked specifically which component would pay for a student on the autism spectrum, Fleming didn’t give a direct answer, instead saying that those details would be part of what the working group might figure out.

Fleming noted the existing funding model was imposed in 2002 without consultation and was accompanied by extensive cuts to school staffing and hundreds of school closures. It was brought in when enrolment was rightly projected to decrease over the coming decade, whereas now enrolment is projected to increase, and has increased by 26,000 in the past four years.

One major problem, which will likely be a sticking point in next year’s teacher contract negotiations, is that there are significant funding differences between districts, particularly in terms of the rules around the numbers of students with special needs that can be in a classroom and the numbers of specialist teachers a district must hire. Some districts have strong provisions, others don't.

While the B.C. Teachers’ Federation welcomed the government’s decision to back off making any changes for next year, BCTF president Glen Hansman stressed the focus needs to shift now to negotiating a new collective agreement before June 30, when the teachers’ agreement ends.

He urged the government to protect the class size, class composition and staffing rules and to expand them to address inequities across the province.

“The government's priority should be ensuring similar protections are available in all 60 school districts and by providing appropriate funding so that supports are in place for all students, especially those with special needs,” Hansman said. “Every student can learn, and every student is entitled to an appropriate and full range of education services in their community-in all regions of British Columbia.”

The B.C. Green Party said the report makes it clear that education funding is not equitable across the province.

“While policy changes have great potential to make a difference for students, ultimately, we need to look at increasing overall education funding,” Green Party education spokeswoman Sonia Furstenau said in a statement. “K to 12 funding as a percentage of provincial GDP fell 25 per cent between 1999 and 2016 and according to the most recent federal data (2014), B.C. had the lowest public education spending on a per capita basis.”

Although those statistics will have improved since the teachers’ 2016 court win, the report recognizes that funding has been a challenge for districts. It calls for the province to give districts operating funding for three years at a time with a proviso that districts develop three-year financial plans.

The report also called for enhanced accountability for schools and districts based on specific, measurable goals on student achievement and a strong reporting framework.

Fleming made the right choice to put these changes on hold, pending further consultation. The stakes are high, big mistakes have been made in the past and our children’s future depends on getting this right.