The Vancouver School Board has become too political. It’s the only answer that makes any sense to the question of why VSB superintendent Scott Robinson resigned June 5.
Jun 9, 2017 12:56 PM By: Tracy Sherlock 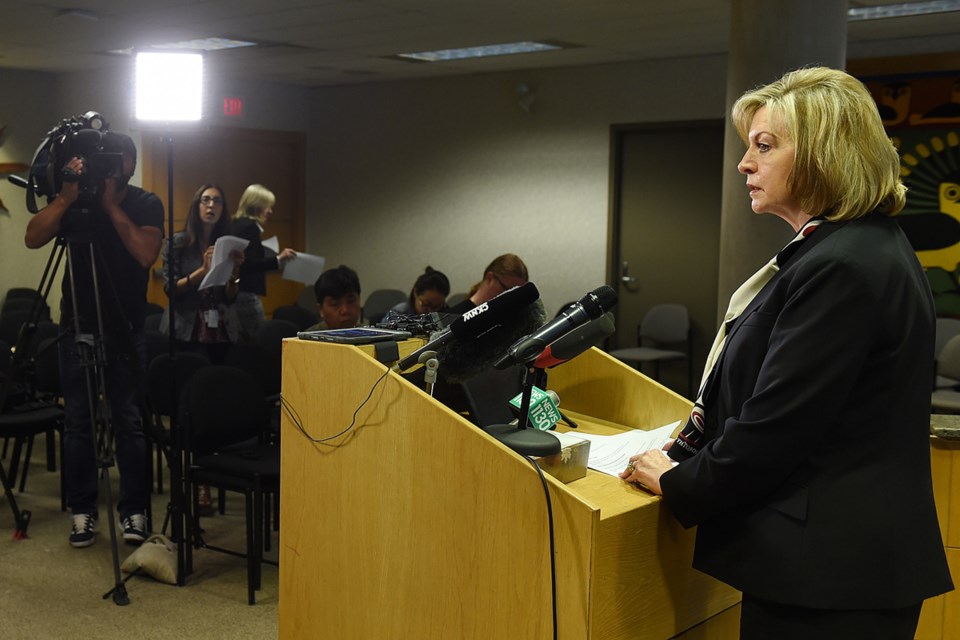 The Vancouver School Board has become too political.

It’s the only answer that makes any sense to the question of why VSB superintendent Scott Robinson resigned June 5.

It’s also the only reasonable answer to the question of why voices are not shouting from the rooftops for the return of an elected board rather than the official appointed trustee Dianne Turner.

If it’s true that “the threat of the return of the previous board has some staff worried for their futures,” as official trustee Dianne Turner said in her news conference Monday about Robinson’s departure, and if that was a factor in his decision, then why on Earth would he quit now, when they’ve been gone for eight months?

Yes, it’s possible they may one day be re-elected, but we are far, far away from that becoming a reality. We don’t even have a stable government yet here in B.C., let alone one in power long enough to hold a trustee byelection.

And fear over fired trustees’ return also assumes they would get re-elected. Who knows how Vancouverites will vote? They may elect entirely different trustees. It’s highly unlikely a similar power split would play out on the board, but not impossible. Regardless, I remain unconvinced that fear over that is a reason to quit a $243,000 a year job.

Robinson himself cited partisan politics in a departure letter he wrote to staff.

“… I was aware when I accepted the position of superintendent that partisan politics play a unique and overt role in the governance of the Vancouver School District,” he wrote in the letter. “I did not however, anticipate the degree to which such politics would overtake and inhibit my ability to lead the district effectively.”

I suspect politics were also at play in how Robinson’s departure was announced with a full news conference. Why not just a release? When Steve Cardwell left the first time in 2014, there was a glowing news release thanking him for his service. When he left the second time — unceremoniously fired by Turner when she arrived — there was no announcement.

I think it’s probably because the message — that staff are afraid of what might happen if the fired trustees return — was seen as important. Later this month, Turner said there will be new harassment and bullying policies released at VSB to specifically include the behaviour of trustees.

But even those who want to see an elected board can see the wisdom in waiting a while.

Given that instability, it would seem prudent to keep Turner in place, at least until a byelection can be held.

“We firmly believe that the VSB needs a publicly accountable, elected board, and the new government should call a trustee by-election as soon as possible,” Stewart said. “But in the meantime, there is no need to introduce further instability by replacing Ms. Turner with a different, unelected appointee.”

Why is the VSB so political? As the saying goes, follow the money. Vancouver has more than 50 schools that still need seismic upgrades to make them safe in an earthquake. Given that the new Maple Grove elementary school is expected to cost $24 million, 50 of those would cost more than $1.2 billion — a huge chunk of change.

When you consider that there is excess capacity in some of those 50 schools, you begin to understand the power struggle between the provincial government and the VSB, which is poised over the battle ground of school closures, something akin to poking a sleeping mama bear and guaranteed to cause parental uproar.

That’s enough to make the situation at VSB a political powder keg.