Rants/Raves: Gypsy Tears is a 'racist' name for a beer

Tears for beers I’m writing in response to a column by Stephen Smysnuik, “ Kids today have no idea how good they have it ”, published on Oct.
Oct 31, 2014 9:00 AM By: Vancouver Courier Staff 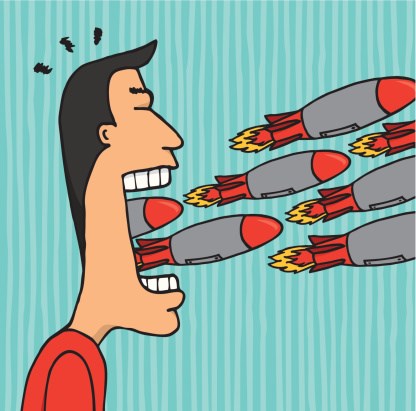 I’m writing in response to a column by Stephen Smysnuik, “Kids today have no idea how good they have it”, published on Oct. 22, and his comment, “But, at the risk of sounding like a schmalzy alcoholic, it’s beautiful too that Gypsy Tears exists at all”.

“Gypsy Tears” is a fictional, racist stereotype that turns Roma women into the punchline of a joke. This remains widely acceptable, in part, because most Canadians are unaware that in Europe, Roma people have been systematically oppressed for centuries. “Gypsy Tears” may well refer to the anguish suffered by the community following the Nazi-orchestrated genocide that took 1.5 million Roma lives in the Second World War. It could also be a reaction to more recent Canadian immigration policy that effectively rejects all asylum claims made by Roma people, even while they continue to face widespread persecution in their home countries.

Mr. Smysnuik, there is no beauty in profiting from racist stereotypes.

Hopefully, the remainder of the city’s neighbourhoods aren’t the Vision pushover that my West End neighbourhood appears to be!

The West End is populated by 30-somethings whose average tenancy is less than 2.5 years. Hence, there is little or no commitment to the neighbourhood itself. Significantly, they also don’t vote!

In contrast, the 13 per cent over 65, such as myself, have a deep investment in this neighbourhood. This is our last home and we treat it accordingly.  Which is why we seniors are completely floored that neighbourhood institutions like the West End Residents’ Association, and the West End Community Centre Association haven’t bothered to organize a single all-candidates meeting for this election!

Could it be that both organizations are controlled by Vision? Who needs a ‘don’t rock the boat’ campaign where the mayor and council don’t have to publicly justify their definition of ‘affordable housing’, their failure to end homelessness, or their kowtowing to big developers and big labour who massively fund their election campaigns?

I have to admit I was surprised to read Leslie Benisz’s vitriolic and off-target response to my rant. I would simply ask you, Leslie, as to where I said that I wasn’t going to vote?

I am 67 years of age, moved to beautiful Vancouver from the UK in 2005 and, both there and here, have voted in every general, provincial, federal, council election (and referenda) since I was of the legal age so to do. I take it very seriously and agree with you that non-voters should take a good long look at themselves.

If you would re-read my rant Leslie, it was purely about a Vision Vancouver canvasser who gained unauthorized entry to my apartment block in contravention of the well-signposted security instructions and was thereby able to invade my privacy. I would have been just as indignant had this canvasser been from the NPA, NDP, BC Liberals, Conservatives or anyone else.