Remembering a scandalous 1970s in Gastown

Forty-three years ago this week, I was alive. Wow — there’s a lead. Actually, I was just a kid. Now that we’ve got that out of the way, I wanted to tell you a scandalous story about what was going on in Gastown 43 years ago this month.
Dec 6, 2013 12:18 PM By: Mike Howell 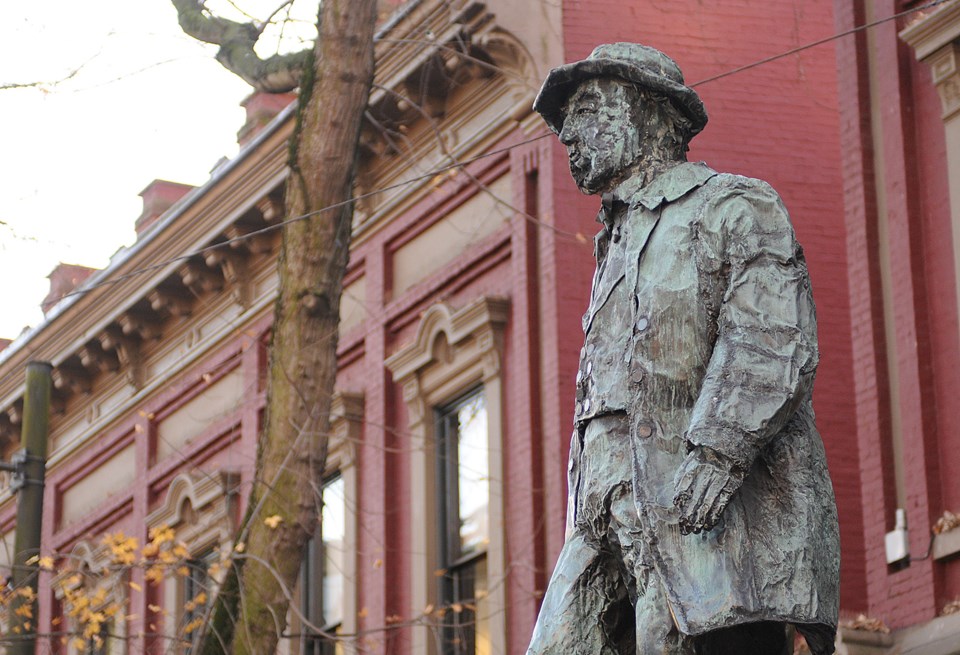 Forty-three years ago this week, I was alive.

Actually, I was just a kid.

Now that we’ve got that out of the way, I wanted to tell you a scandalous story about what was going on in Gastown 43 years ago this month.

If you can believe it, some maniac decapitated poor old Gassy Jack Deighton — not the person, but the copper-and-concrete statue of the late bar owner. Deighton’s sculpted head went missing in October 1970.

Two months later, on Dec. 3, the Province newspaper reported that Gastown clown W.H. Stonehouse, who was looking for a pad for the night, found Deighton’s severed head in an East Side parking garage. Stonehouse was expected to collect a $50 reward for the recovery of said head.

How do I know this?

Because I came across the tale in an informative just-released book called This Day in Vancouver authored by Jesse Donaldson. The 407-page book, with a whole bunch of cool photos from days gone by, tells stories of Gassy Jack and other I-didn’t-know-that tales of a more interesting time in the city.

No suspects were charged in the theft of Deighton’s head, although no tears were shed by then-mayor Tom Campbell, who wanted the statue shipped to the city dump; apparently, four businessmen installed the statue in Maple Tree Square without city approval.

Since the Dec. 6 edition of the Courier is devoted to coverage of Gastown, I thought I’d touch on another tale from the book on that part of the city — the infamous uprising in August 1971 known as the Gastown riot.

Many of you know the basic details — cops bashed heads of marijuana enthusiasts during the Grasstown Smoke-in. But did you ever read the words of one of my favourite newspaper scribes, Allan Fotheringham, about the clash?

Fotheringham was toiling for the Sun as a columnist. Enraged by the ordeal that left 12 people hospitalized, he furiously pecked at his typewriter and this is some of what he came up with:

“What did happen Saturday night in Maple Tree Square, by the accounts of dozens of sober and sensible adults who were witness, was a disaster for future police public relations in this town. What happened was a police riot.”

Fotheringham continued: “The solution to a traffic tie-up was to break open heads. The mayor kept predicting a riot, it never came, so the police supplied him with one. If someone isn’t sacked over this one, we live in a rather unpleasant town. Pigs is a dirty word, and no one likes to use it, but there were some pigs loose in Gastown on Saturday night.”

Interestingly, artist Stan Douglas recreated a scene from the riot in a huge photograph now installed in the atrium of the Woodward’s development. Back in January 2010, I asked Police Chief Jim Chu what he thought about the image.

“It’s a piece of art, and I don’t consider it anything else than a piece of art,” the chief told me. “Art is in the eye of the beholder and I’m not an art critic.”