We’re not normally a patriotic bunch here at K&K headquarters. (It’s more of a dojo, really.) But while shopping at No Frills this weekend, we felt a stirring deep in the gumboots of our soul.
Jun 6, 2017 4:17 PM By: Kudos And Kvetches 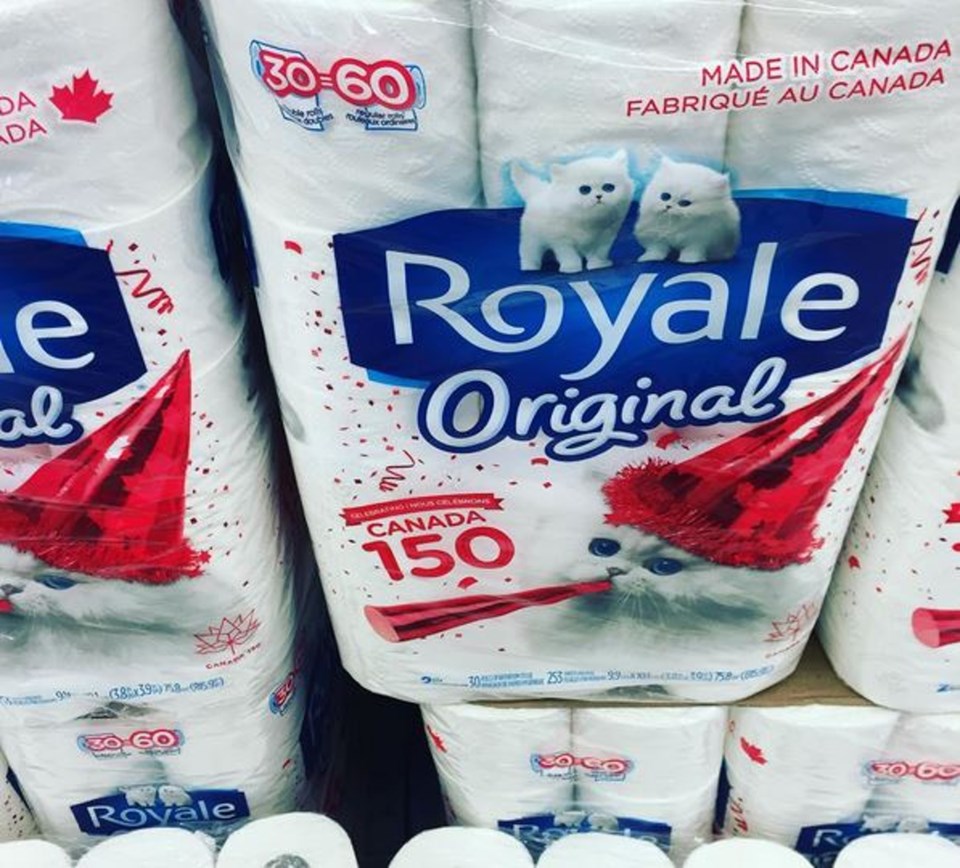 We’re not normally a patriotic bunch here at K&K headquarters. (It’s more of a dojo, really.) But while shopping at No Frills this weekend, we felt a stirring deep in the gumboots of our soul. And we have Royale Original Bathroom Tissue and their 30-pack of Kitten’y Soft TM two-ply to thank for it.

To be honest, we’ve always felt uncomfortable with Royale’s use of fluffy white kittens on its packaging. Although the cute mascots adequately convey Royale’s Kitten’y Soft TM technology, associating adorable kittens with bodily functions is a little off-putting. Surely an irascible bear cub or a resigned, slightly embarrassed turtle would be more appropriate.

However, as Canadians march towards July 1 and the 150th anniversary of Confederation, the makers of Royale have decided to double down with their two-ply assault on the senses and adorn its packaging with a fluffy kitten wearing a red party hat, red confetti and the tag “Celebrating Canada 150.” The pièce de résistance is that the partying feline is also blowing on a red party horn while staring vacantly into the toilet paper tundra as if suffering from snow blindness.

As far as marketing goes, it’s both subtle and deeply moving. After all, what evokes the spirit of this great nation of ours better than a hedonistic kitten and luxuriously soft toilet paper.

And wasn’t this country built with the fabric of many cultures, woven together to make us stronger, much like the absorbent Kitten’y Soft TM two-ply of Royale Original Bathroom Tissue? In fact, it can be argued that the only thing more durable than Royale Original Bathroom Tissue is the character and spirit of Canadians — the pioneers, the settlers, the builders, the entrepreneurs, the influencers, the change makers and the thought leaders. Oh, and the First Nations, who were here before everyone else messed it all up.

In the end, we didn’t purchase the patriotic toilet paper from No Frills. (Truth be told, we feel self-conscious about buying so many rolls at one time.) But there’s a part off us that is forever changed after our encounter with Royale Original’s Kitten’y Soft TM tribute to Canada 150.

To paraphrase a young Pierre Trudeau, “There’s no place for the state in the bedrooms of the nation… but the bathrooms, well that’s another story. Plus look at those cute kittens.”