Should Vancouver stick with a random order ballot in the 2022 civic election? 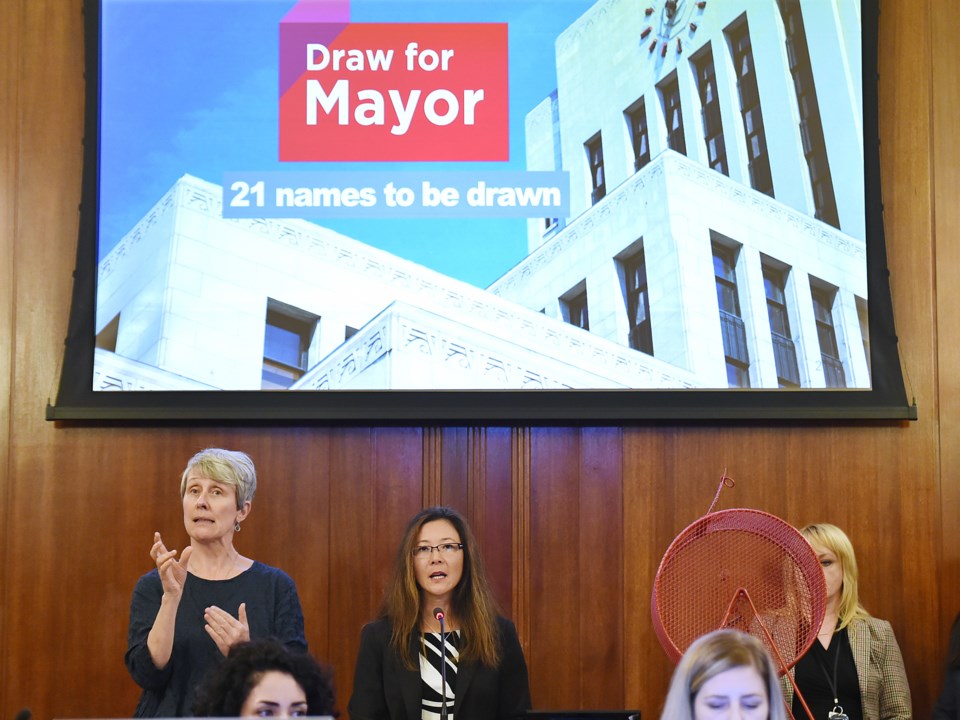 The City of Vancouver used a ballot in the 2018 election that placed candidates’ surnames in random order, instead of alphabetical order. Photo Dan Toulgoet

I’m going to take a wild guess that the last thing you want to read about this summer is the next civic election, which is set for the fall of 2022.

But stick around, I semi-promise it’ll be fun, perhaps even interesting.

If not, you can blame NPA Coun. Sarah Kirby-Yung for taking you away from whatever it is you do when the sun shines.

That’s because Kirby-Yung has a motion to go before city council this week that questions whether the city should continue with the randomized surname order ballot system in the next election.

What motivated Kirby-Yung’s motion was the findings of the 2018 Municipal Election Review report and accompanying post-election survey, which went before council way back in May.

I asked Kirby-Yung to explain.

So, she continued, if the city wants more people to vote and more people from all communities of Vancouver to cast a ballot, then it’s worth reviewing the ballot system.

But that could get complicated since the same survey found 74 per cent of Chinese respondents, 73 per cent of South Asians and 61 per cent of minorities agreed listing candidates in random order increased fairness in the race.

In addition, the majority of all respondents said they preferred a random ballot system, although it’s important to note the ethnicity of those respondents was largely Caucasian.

See what I mean about it being complicated.

If you voted last fall, you’ll recall the names of candidates were not in alphabetical order on the ballot for the first time since 1993; Kirby-Yung’s name, for example, was 40th on the council candidate list.

The thinking behind adopting a random ballot was to remove any perceived advantage a candidate with a surname at or near the top of the alphabet might have in winning a seat.

That theory suggests people just vote for candidates at the top of an alphabetized ballot and pay no attention to candidates whose surnames begin with a letter near the end of the alphabet.

You could argue the surname thing unfolded in the 2014 election, although George Affleck, Elizabeth Ball, Adriane Carr and Heather Deal would argue their good work got them elected.

But then how to explain Judy Zaichkowsky getting elected in the 2017 byelection?

She would also argue her work as a former teacher and professor of marketing at Beedie School of Business increased her chances of victory.

In fact, she dispelled the A, B, C voting theory by calling it “an old wives’ tale.”

But let’s be real, folks—all of the victors named above belonged to a political party, which the city’s election history shows gave them a significant advantage over independent candidates.

Independents rarely get elected in Vancouver, although your mayor—longtime NDP MP Kennedy Stewart—did last fall. He would argue his campaign platform was the clincher.

But name recognition didn’t hurt and neither did the absence of some guy named Gregor Robertson on the ballot.

Stewart also got an endorsement from the Vancouver and District Labour Council, which boasts 50,000 members in the city.

But that’s an old story.

So is the one about Carole Taylor’s independent victory in a council race in the 1980s.

What’s also an old story is the party system prevails in Vancouver, no matter the surname of a candidate or where it appears on a ballot. There is no confusion there.