Staying in Vancouver stressful for millennials

Are they or aren’t they? The question of whether millennials are fleeing from or flocking to Vancouver has been roiling around this past week with the release of a study from the British Columbia Real Estate Association that counters the mass exodus
May 4, 2016 11:01 AM By: Jessica Barrett 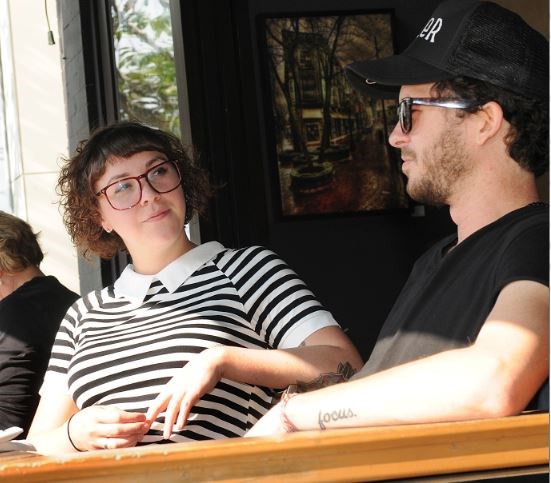 According to columnist Jessica Barrett, Vancouver millennials are subsisting rather than thriving. Photo Dan Toulgoet

Are they or aren’t they? The question of whether millennials are fleeing from or flocking to Vancouver has been roiling around this past week with the release of a study from the British Columbia Real Estate Association that counters the mass exodus narrative.

According to the BCREA, Vancouver is a magnet for millennials, with the population of those between the ages of 20 and 34 growing by nearly 10 per cent since 2005. Not only that, the percentage that own their own homes is “significantly higher during the most recent census than in previous generations.”

Well, there we have it. We can safely conclude that the warnings of another report released last week, this one from the Canadian Mortgage and Housing Corporation indicating that Vancouver’s housing market is overvalued, has no bearing on this generation. The kids are sticking around and some are even buying homes, so they’re alright, right?

Wrong. The data presented in the BCREA report seems to ignore the fact that millennials are the largest generation in Canada — hence there are just more 20 to 34 year olds out there now than there were a decade ago. Naturally some of them will be buying homes. Trevor Melanson of Vancouver Magazine parsed the numbers further, and noted that the study also doesn’t account for Vancouver’s status as an immigration hub. When you look at the number of millennials leaving Vancouver for other provinces or other communities within B.C., Melanson concluded, we’re still seeing a downward trend.

I’m less concerned with the number of millennials leaving Vancouver — although I have come to say goodbye to many a close friend in the last several years — than the emotional, psychological and financial toll shouldered by those who stay.

It’s hard to be a millennial, and not just in Vancouver. A recent series in the Guardian took an exhaustive look at the financial realities facing millennials in six wealthy western countries, including Canada, and found across the board high housing prices, precarious employment, shifting demographics and debt are conspiring to increase intergenerational inequality and put younger people at a permanent economic disadvantage. At the same time, our day-to-day existence in the era of information overload and constant connectivity makes everything from choosing a career to landing a job to picking a partner an increasingly complex endeavour that often results in near paralyzing anxiety.

To wit: a recent Fortune article cites a National Institute of Mental Health study of Millennials that found skyrocketing incidence of anxiety, depression, sleep, behavioural and mood disorders, as well as substance addiction among young adults. Nearly half of young adults display one of these conditions. Meanwhile, burnout is becoming increasingly common for millennial women, a growing number of whom hit a wall before they reach the age of 30.

But in Vancouver, where 25 to 34 year olds make about $9,000 less for full-time work than they did in the 1970s, compared to a national average that has seen earnings for that age group decline by $4,000, those stresses are compounded. According to Generation Squeeze’s Paul Kershaw, who supplied those figures, Vancouver is the hardest place to be a young person in the entire country. Meanwhile a study released last year by Shari Laliberte, a PhD candidate in nursing at UBC, backs that up. She found Metro Vancouver’s socioeconomic challenges had profound implications on the mental well-being of young people, who reported high levels of stress and social isolation.

Rather than look at who’s staying and who’s leaving, a better indicator of the health of our city, and the impact of our housing market, would be to examine the condition of those who remain.

How many of them have leveraged themselves to the hilt in terms of social, financial and emotional output in order to put down roots? How many are buckling under the relentless stress of being constantly asked to do more and be happy with less? And what is the price we all pay for that?

When I look around I see young people who are actively struggling to stay afloat in Vancouver, and I see young people who are making it work. I don’t see many who are thriving, and by that I don’t mean living in detached houses with white picket fences and working in high-paying, glamorous jobs, but having enough energy left over after their basic needs are met to go the extra mile at work, to start a business or volunteer for local organizations, to pursue personal hobbies, have healthy relationships, and help out neighbours in need. In short, to do the things that make the difference between living and merely subsisting, that make the difference between existing in a city and contributing to it.

These things are much more difficult to measure than the simple influx our outflow of bodies from our region. But in the end they’ll have far greater impact on the shape of our city and our society to come.