Thousands of trees coming down on private properties 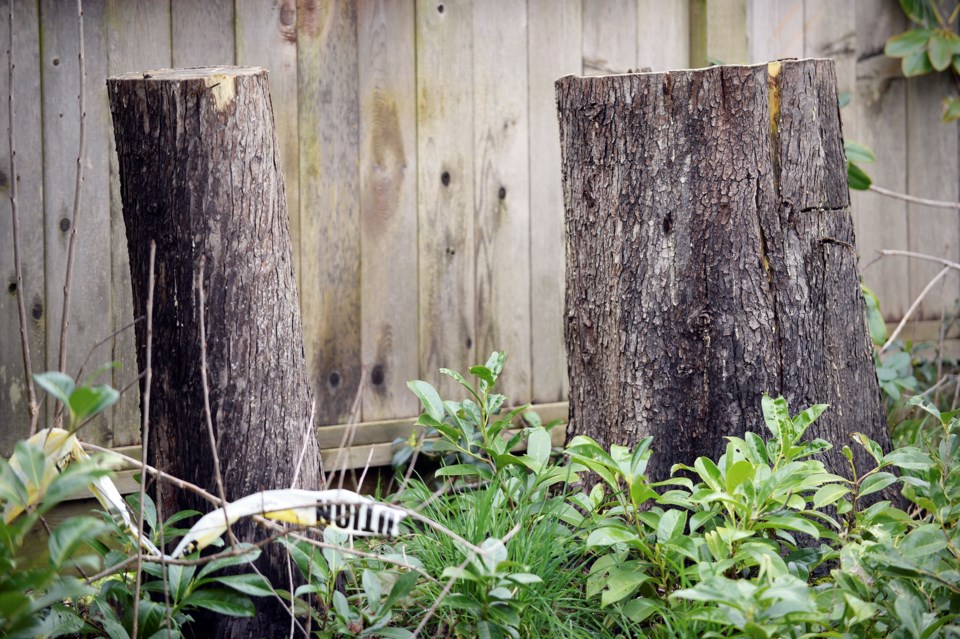 Vancouver’s tree canopy decreased significantly since the mid-1990s, with thousands of trees being cut down on private property. Photo Jennifer Gauthier

A couple of weeks ago, I sat down with city manager Sadhu Johnston to talk about the number of homes being demolished in Vancouver.

Maybe you read my story.

If you didn’t, you need to know the City of Vancouver issued an average of 940 demolition permits per year since 2012 for single-family homes and duplexes. Yep, that’s a lot of homes being knocked down in the name of progress.

What I didn’t include in my story was the number of trees being felled as houses come down. Trees are also being toppled on properties where houses are not being demolished. Total up all that logging and the news is not good.

In fact, 96 per cent of all trees lost in the city between 1995 and 2013 – the most recent period tracked by the city’s tree people -- have been on private property. We’re talking thousands of trees. Enough, in fact, to cover an area almost the same size as Stanley Park.

I know what you’re thinking: That doesn’t sound like a city that wants to be “the greenest city in the world” by 2020.

I was thinking the same thing.

But as Johnston told me, the city made some changes to its bylaws over the last couple years and developed some strategies to keep Vancouver’s tree canopy from being reduced any further than it was during the chainsaw frenzy between 1995 and 2013.

For instance, there was a time when a property owner was allowed to take down one healthy, mature tree per year. That provision accounted for 45 per cent of trees being removed. The city scrapped that policy, although a dying tree or one causing damage to a water line or foundation can still come down.

Then there is the 51 per cent of trees being knocked down for development. That is where things get tricky for a city that encourages laneway homes, townhomes and row houses on property with trees.

“It used to be that the builder or developer would say, ‘We’ve got to remove that tree to put a garage there.’ Now we ask why, and why can’t you put the garage that way or in a different shape,” Johnston said. “So we’re really trying to prioritize tree preservation in redevelopment.”

Only four per cent of trees removed during that 18-year period were on city or public property.

A city staff report to council in December 2015 said increased inspections of trees and the repealing of the bylaw that allowed one tree per year to be chopped down on a property resulted in more than 2,500 trees saved from the chainsaw.

The city has also worked to take a hard line on a one-for-one tree replacement strategy, where a new tree is planted to replace one that came down. However, as the report said, up to 35 per cent of replacement trees die or are removed within the year.

More inspections of those new trees is needed, the report said, but pointed out “limited staff resources make it challenging to follow up with inspections after construction is completed to ensure that trees are planted, retained, and maintained properly.”

That shortage of staff hasn’t gone unnoticed by residents, with the city receiving 188 complaints between January and August 2015 about the condition or removal of tree protection barriers on development sites and damage to retained trees.

The city has a goal to plant 150,000 trees by 2020 to increase Vancouver’s tree canopy. That involves 53 per cent on private property, 33 per cent in parks and other city property and 14 per cent along streets. But even Johnston acknowledges that tiny saplings don’t have a lot of ecological benefit until they mature, which can take years.

For now, he said the city is doing what it can to prevent the deforestation of Vancouver. That includes fines and accepting cash-in-lieu payments of $1,000 per tree for homeowners who elect not to replace trees.

To have a dramatic effect, however, it seems property owners have to put away their chainsaws and be reminded of the benefits of trees – they produce oxygen, absorb carbon dioxide, cool the air and provide homes and refuge for wildlife.

That’s just a few of the benefits.

Plus they look really cool.