Time running out for ‘slumlord millionaire’ 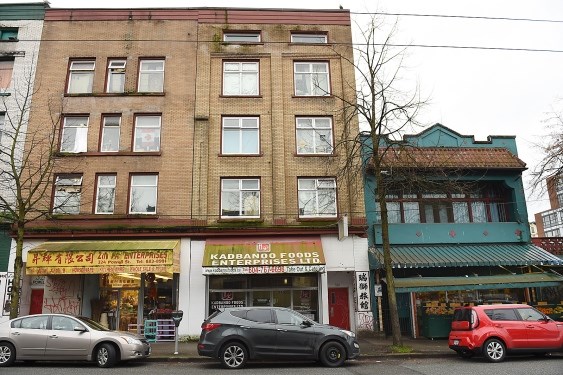 For the past several months, tenants at the Lion Hotel on Powell Street, a 70-room SRO, have been living with little or no heat or hot water. Photo Dan Toulgoet

A new year may be dawning but an old battle rages on. The City of Vancouver is still in open combat with slumlord millionaire Abolghasem Abdollahi. Regular readers will know that he is the owner of the Lion Hotel. You will also know that this particular Lion in winter is one chilly spot. It is a 70-room SRO on Powell Street where for the past several months (and not for the first time) tenants have been living with little or no heat or hot water.

In November, while temperatures were plunging, the city issued three orders, delivered by hand to Abdollahi’s West Vancouver address, demanding that the situation be fixed immediately. Under the city’s bylaws, he would have 60 days to comply, or the city would move in, do the work needed and then charge him for it. (That 60 days is up on Jan. 26.)

Then on Dec. 1, the city issued an “Information Bulletin update,” which stated, “Today, heat and hot water were fully restored throughout the Lion Hotel.”  Well, as I discovered from talking with tenants and as the city now admits, nothing could have been further from the truth.

Andreea Toma, the city’s director of property use inspection, explained earlier this week that her inspectors, in coming to that conclusion, only looked at the “common areas” of the building, not individual rooms, or they would have realized many of the tenants were still without heat or hot water.

The city also demanded that while Abdollahi was at it, he provide all the tenants in the unheated rooms with portable heaters. Well, that hasn’t happened either. Instead, a group of Downtown Eastside residents, calling themselves the SRO Collaborative and led by a fellow named Mohammad Valayati, put out a call to the public last month for any spare space heaters people could donate to the cause of keeping Lion tenants warm. He told me they collected some 20 heaters but could use more. (He can be reached at 604-500-3009.)

On Monday, to “keep pressure” on Abdollahi, as Toma explains it, there was another visit to the Lion by building inspectors and the Vancouver fire department. According to a copy of one report that I was given, this resulted in even more violations.

The pump for the sprinkler system needs to be serviced. There is a fire safety issue regarding the “egress and access to exits,” which should be “clear and free from any obstruction.” And there are not sufficient fire extinguishers in the building.

A plumbing inspection indicated there are still problems.

Part of the reason the city is leaning on Abdollahi the way it is, is because this is not their first run-in with him. Toma is familiar with what she refers to as the “other experience and other behaviour.” His history as a recalcitrant slumlord first came to their attention a number of years ago when he was part owner of the Clifton Hotel, an SRO on South Granville. It was classified as the second-worst building in the city. That building had 105 violations related to safety and maintenance.

While the city insisted the renovations required could be done without evicting the tenants, Abdollahi and his partners allowed the building to slide into disrepair to the point they were eventually evicted so the owners could renovate.

In light of that history, Toma says the city is now determined not to let the tenants of the Lion suffer the same fate: “We do not want him to empty the building. That is what we don’t want.”

So time is running out for our slumlord millionaire. If the building is not fixed up to city standards by Jan. 26, she says, “We will move in and take responsibility.”

Meanwhile Valayati and his buddies have organized some 20 Lion tenants to lodge a claim with the Residential Tenancy branch of the province, each demanding $1,200 in return for a failure to provide heat and hot water among other things.

By the way, it is not as if Abdollahi has not received government help in the past. In 2010, three years after he purchased the Lion, he received a $1.2 million Residential Rehabilitation Assistance Program grant from Canada Mortgage and Housing to bring the building up to city standards.

But it has been all downhill from there.