Too many Vancouver candidates are promising more than they can deliver

“So, who should I vote for in the upcoming municipal election?” Hardly a day goes by lately when I’m not asked this question.
Oct 10, 2018 9:46 AM By: Michael Geller 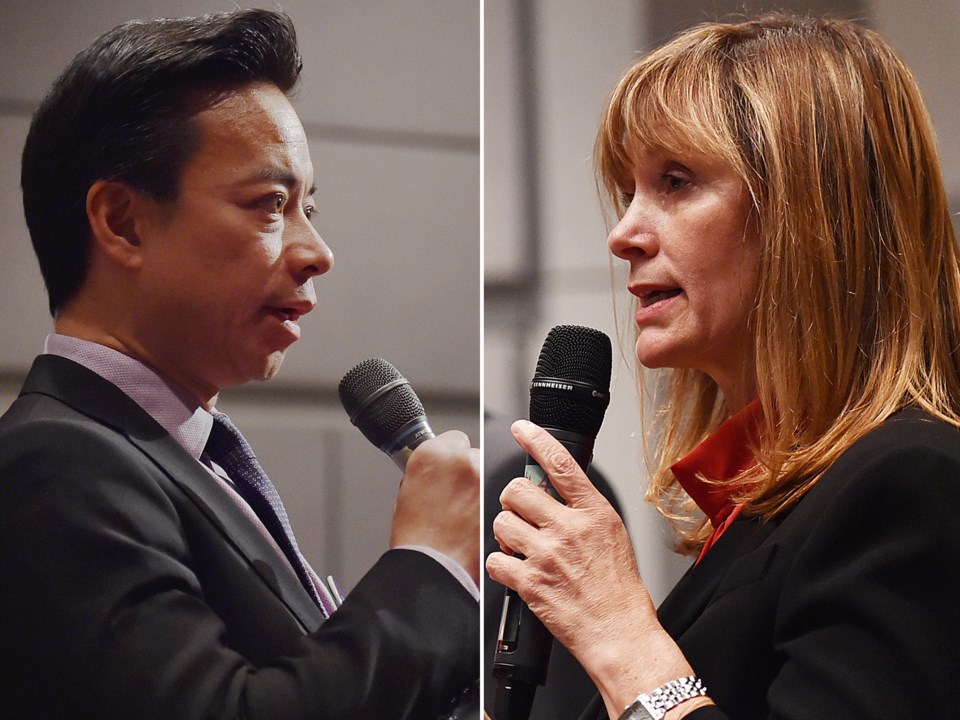 “So, who should I vote for in the upcoming municipal election?”

Hardly a day goes by lately when I’m not asked this question. Unlike previous elections when the choice was between two or three political slates, this year there are 10 parties and 158 candidates running for 27 positions for mayor, council, school and park board.

To assist voters, the city has prepared a comprehensive list of the candidates, their priorities, platforms, biographies, social media, contacts, and documents including statements of disclosure. (You can also find the Courier’s online candidate guide at vancourier.com.)

The disclosure statements are revealing. Other than NPA mayoral candidate Ken Sim, few candidates own shares in any corporations or any real estate, except in some cases a principal residence.

As I write this column, I am reminded of the column I wrote before the 2014 election.

It included the story about a Grade 3 class election in which eight-year-old Jamie offered specific ideas about how to make his class a better place, while Olivia promised to give everybody free ice cream. While she had no idea how she would pay for it, she won by a landslide.

During the 2014 election campaign we were promised a Broadway subway to UBC, the most open city hall in Canada, free swimming lessons, a $30-a-month transit pass, a tax on vacant foreign-owned properties, 4,000-plus units of rental housing and 1,000-plus childcare spaces.

Not surprisingly, few of these promises were fully realized.

This year, most election promises relate to improving housing affordability.

If elected, COPE councillors will ask the provincial government to immediately set a zero per cent rent increase for the next four years. This is akin to offering free ice cream to every renter. If such a policy was implemented, it would be disastrous for the city’s rental stock. No COPE candidates will be getting my vote.

Mayoral candidate Kennedy Stewart is promising 25,000 new purpose-built rental apartments over the next decade and a tripling of the Vacant Home Tax from one per cent to three per cent. While I respect Stewart’s political acumen, I question whether his first promise is realistic given new rent controls; his second promise would be a major mistake.

As CMHC’s program manager-social housing in the early 1970s, I approved many of Vancouver’s housing co-ops.

Sylvester’s goal will require a significant increase in senior government funding or new attitudes on the part of financial institutions if it is to be realized.

Rather than focus on stimulating thousands of new-build apartments or co-ops, the NPA proposes to allow two secondary suites in detached homes. Given how long it takes to approve and build new housing, this could well provide an effective short-term remedy.

OneCity is proposing to downzone the Little Mountain site from its approved mix of condominium and rental housing to rental only. While I have consistently opposed this project, I shudder at the thought of this, and so should any fair-minded voter.

So, who do I recommend?

My recommendation for mayor is between Sylvester and Sim.

Sylvester is personable and intelligent with considerable board and public policy experience. She would likely best manage what is expected to be a fractious council.

Sim offers no public sector experience. But by all accounts, he’s decent, caring and could bring some much-needed fiscal acumen to City Hall.

My council recommendations include Vision’s Heather Deal and the Greens’ Adriane Carr, given the need for some institutional memory, joined by Pete Fry (Green Party), Colleen Hardwick (NPA) and independents Rob McDowell and Adrian Crook.

At park board, I hope Stuart Mackinnon will be re-elected along with other Green candidates and the NPA’s John Coupar.

My school trustee recommendations include the Greens’ Janet Fraser and NPA’s Chris Richardson.

Space does not permit a more complete list. Therefore, I urge you to read the candidate profiles, attend remaining campaign events and make your own choices.

Then cross your fingers. It’s going to be a fascinating election night and the next four years.