Trudeau faces task of regluing the fragments of his fractured brand

Who is Justin Trudeau? Even more important: What is Justin Trudeau? The feminist who loses his two senior women from cabinet over questions of integrity. The environmentalist who buys a pipeline.
Jun 24, 2019 10:16 AM By: Kirk Lapointe 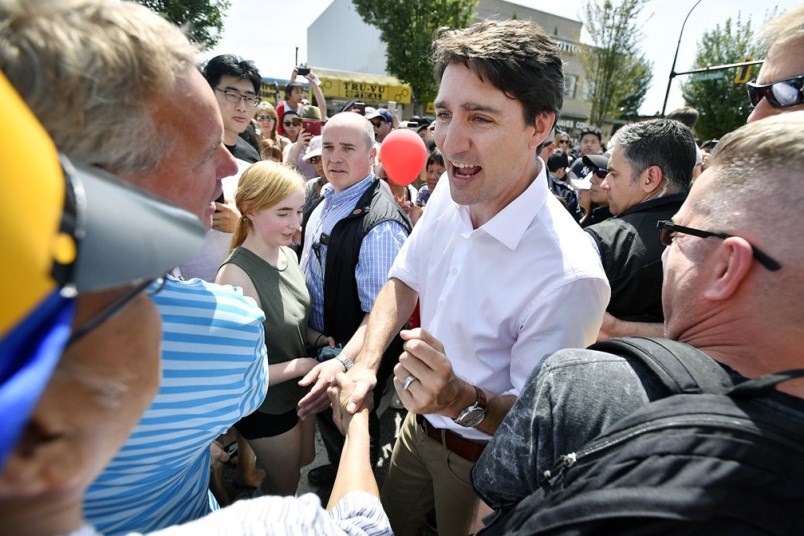 The feminist who loses his two senior women from cabinet over questions of integrity.

The environmentalist who buys a pipeline.

The nationalist who plays passive with the bully pulpit of Washington and feeble in the face of Beijing.

The reformist who suffocates his promise of proportional representation.

As we head into a summer of pre-election barbecues, the Trudeau brand is on the spit. The lustre he fashioned following the ascendant 2015 victory has faded such that he is at risk of snatching defeat from the jaws of victory.

The conventional political wisdom is that incumbents ease with enormous advantages into a second mandate and only then have to contemplate renewal. Trudeau has to advance that agenda in the weeks ahead to re-establish his competence or he will be, as they say in college basketball, one and done — only in his case, not headed for the bigs.

Given the early-term successes of bringing Canada back to the international stage, his fall of 20-plus points in public opinion is astonishing. Even more astounding is that he now has to grapple with the front-running ballot box issue of his character.

Of course, politics are as elastic as a child’s attention span. Four months feel like four decades. It bears repeating that we were bracing for Tom Mulcair to possibly win this time four years ago. Stephen Harper seemed a spent force, and Trudeau was the butt of commercials claiming he was just not ready. He fought those ads with what seemed hubris — that he was indeed ready — and never looked back.

His first term, though, has hardly sustained the consequential first images. A family-directed tax cut was not exactly revolutionary, but it serves as the signature economic accomplishment — the legalization of cannabis being the signature social one. Fewer live in poverty and we have the lowest unemployment in memory. But there is also deep-seated western Canadian animus from governments of the left and right and a newly fashioned trade deal with the U.S. defined by how little we lost at the table.

Perhaps Trudeau’s decline is due to the loss of minute-by-minute collaboration with decade-by-decade friend and principal secretary Gerald Butts, or the loss of the day-to-day discipline of privy council clerk Michael Wernick, or the humiliating outflanking of his apparatus by a rookie MP, Jody Wilson-Raybould, who declined to use her clout as attorney general to defer prosecution of SNC-Lavalin on serious allegations of impropriety in Libya.

But he is a hollow shell of what was not exactly a pillar of gravitas in the first place.

Strangely, the leader who put the party on his back has wounds that are the stuff of an inside job. They cannot be ascribed to the political opposition: Conservative Leader Andrew Scheer has been plugging away somewhat under the radar, while NDP Leader Jagmeet Singh has been all too evident as a hot mess. Scheer won party leadership narrowly in 13 ballots, Singh won handily in one, and neither has caught fire.

Now Trudeau is left with little choice to leave behind those “sunny ways” and demonize the wolf in Scheer’s clothing — there will be more impolite terms, be assured — because the swiftest path to turn around political fortunes is usually to go negative. As for Singh, Trudeau can only hope the NDP exodus comes to him and not the Greens, or there will be Conservatives elected from the dynamic.

British Columbia will take a hit, including possibly the Vancouver-Granville riding now featuring an independent Wilson-Raybould. The Atlantic will not be the 2015 sweep it was. The Prairies are a write-off. Where he stands to gain is Quebec. Where he has to gain is Ontario, where our elections are often settled, or the math won’t work.

Those ubiquitous and meticulously rolled-up sleeves need to be for real and not for show this time if he has a chance to win. Barring a crisis that will permit him to don the superhero costume, what isn’t clear is where he is going to summon the special powers a second time.