Universities have frosh week. Discovery Channel has Shark Week. And now Vancouver has the less vomit-inducing and blood-spilling Bird Week .
May 2, 2017 12:29 PM By: Kudos And Kvetches 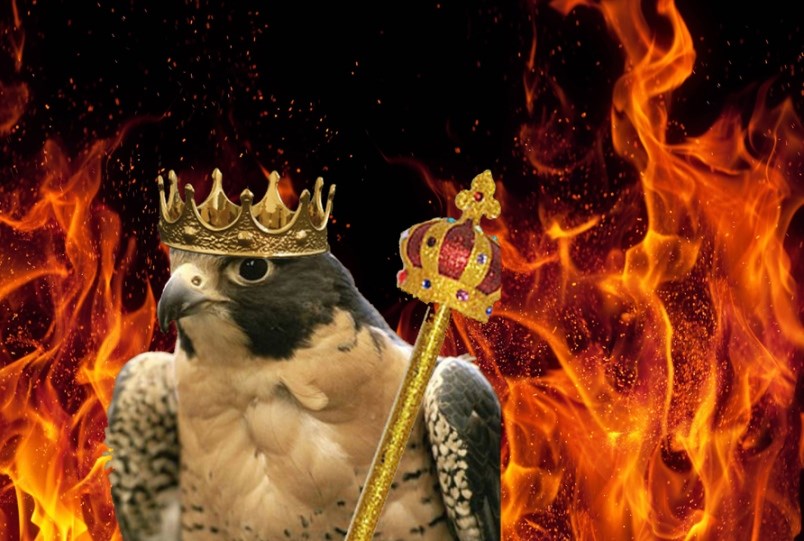 The douchey Peregrine Falcon finally relinquishes its crown as the city’s official bird. But its possible replacement is equally troubling.

Universities have frosh week. Discovery Channel has Shark Week. And now Vancouver has the less vomit-inducing and blood-spilling Bird Week.

In case you missed K&K’s previous missives, Vancouver Bird Week replaces the Vancouver’s annual City Bird Contest, where fair-weathered citizens could vote for their favourite bird from a list of contestants flapping to become Vancouver’s reigning official bird for a year.

Tellingly, the lag time between the cancelled City Bird contest and the new Vancouver Bird Week meant the douchey Peregrine Falcon had this city in its Axe Body Spray-scented talons for nearly two years as our official bird. Under his watch, we saw housing prices continue to sky rocket and Donald Trump elected the President of the United States. Coincidence?

According to a Tuesday press release, the city wants people to know that Vancouver Bird Week, which runs May 6 to 13, is “a celebration of the beauty, diversity and ecological importance of Vancouver’s bird population” with dozens of activities, workshops and cock-fighting tournaments. We may have made that last one up.

But let’s be real. The only thing anyone cares about is the City Bird campaign, where four bird candidates vie for the coveted title of permanent City Bird.

You read that correctly. Not temporary or annual, but PERMANENT City Bird. So the stakes are high.

And who’s in the running? Well, much to our disappointment, not the Red Tailed Hawk.

The contenders are: the wimpy Anna’s Hummingbird, the pornographic movie titled Northern Flicker, the Spotted Towhee, which we’re pretty sure is something you treat with a round of penicillin, and the Varied Thrush, which sounds like a tantric sex technique employed by Sting.

The regretful winner will be crowned after a three-week campaign. Voters can cast their ballots online at vancouver.ca or in civic facilities, which sounds like a great use of city administrative staff time, by May 14.

But if there was ever a time for a write-in vote for the Red Tailed Hawk, this would be it.

Seriously, do you want to have the something called a Varied Thrush or Spotted Towhee ruling Vancouver’s roost for all of eternity?