Hardwick has her work cut out for her with ambitious proposal
Oct 8, 2019 3:07 PM By: Mike Klassen 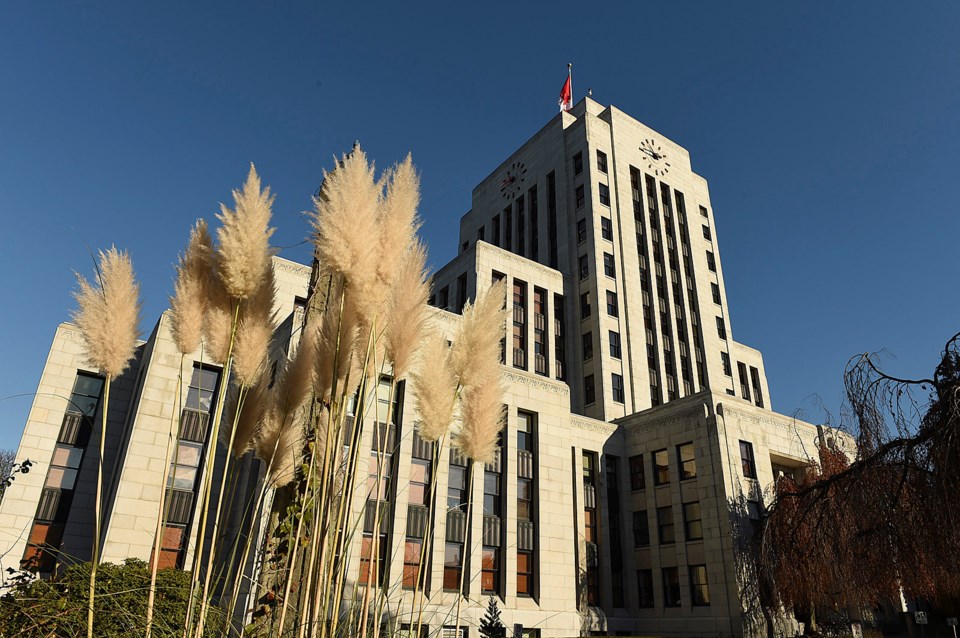 Unlike most major Canadian cities, Vancouver does not have an auditor general. Photo Dan Toulgoet

Average Vancouver voters I know like to describe themselves as being “socially progressive but fiscally prudent.” Which is to say, rarely does anyone speak openly about wanting local governments to spend with complete abandon, or to cut vital services such as libraries or community centres many citizens depend upon.

Notwithstanding this supposed zeal for fiscal responsibility, I wonder, do any of us have an idea how city hall doles out our tax dollars? And even if we did read the city’s balance sheet, how would we objectively measure whether we’re getting value for money spent?

When it comes to public spending by governments, municipalities in British Columbia are unique in that they have almost no independent oversight. There is a provincial Auditor General for Local Government, but in its nearly seven years in operation it appears to have become a toothless tiger, without the ability to make binding recommendations.

Though Canada’s largest cities such as Toronto, Montreal, Calgary, Winnipeg and Halifax all have established independent auditors’ offices, incredibly, the City of Vancouver has none.

Which explains, in part, why NPA Coun. Colleen Hardwick has brought forward a painstakingly researched, nine-page motion to council asking that Vancouver explore the establishment of an independent auditor general (AG) office.

Hardwick, who has comported herself as a maverick on council since she was elected a year ago, says she was “genuinely surprised” Vancouver was alone in not having an independent Auditor General. Her idea for Vancouver’s AG would be to have that office report directly to mayor and council, just like the city manager does.

“The size, scope, and nature of Vancouver’s operating and capital budgets, [now] have a combined total that now approaches $2 billion annually,” said Hardwick in an NPA news release. “Clearly, [an auditor general] is an important accountability mechanism that’s missing in Vancouver and council needs to take a serious look at that.”

For the city to go down the path of considering an auditor general, however, Hardwick needs the votes of at least five of her fellow councillors— some of whom might not share her eagerness for independent oversight.

This motion will certainly test her ability to build consensus among her peers.

Another challenge Hardwick will face is resistance from senior city staff, whom I predict will be cool to having this oversight from a third party. Some might even consider the motion as a direct attack upon their work and their reputations.

It is unlikely as well that the unions who represent the city’s inside and outside workers, firefighters, librarians and possibly Vancouver police would be terribly enthusiastic about an auditor general either.

The AG’s office is projected to cost up to $1 million or more, which typically means either increasing taxes or cutting existing spending elsewhere, something staff will be quick to remind council about.

Yet, despite the institutional resistance against Hardwick’s motion (which has been referred to an Oct. 23 committee meeting for debate) and the projected cost, it would be a mistake for council to dismiss the AG idea out of hand.

Furthermore, neither staff nor the unions should see it as a threat.

That’s because independent auditors usually find spending efficiencies that internal staff cannot. The experience of Toronto, for example, was the city was able to locate millions in savings that could be directed at other priorities, or limit future tax increases, without imperiling city services.

Those are services that citizens have come to expect, and are generally provided by unionized employees.

The Association of Local Government Auditors describes their work like this: “Independent auditors can perform audits without threats to their objectivity or integrity. Independent auditors produce reports that you can trust. Auditors who are not independent might avoid sensitive topics or may not look for the serious issues in your organization.”

An auditor general for Vancouver would therefore be a body that citizens can trust, which seems to be at the root of Hardwick’s ambitious proposal.

When cynicism about our governing institutions runs as high as it does today, finding ways to rebuild trust should be a strategic priority.

Hardwick may have a hard fight winning over skeptics, but let’s hope the City of Vancouver gets some long overdue independent oversight.